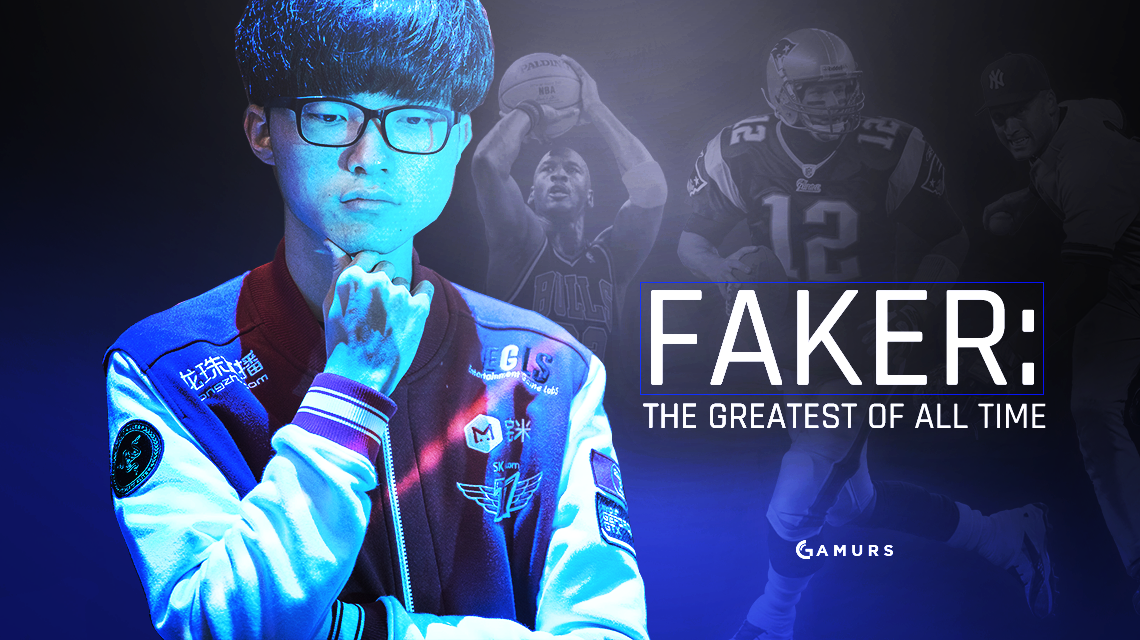 In today’s society, the term “GOAT” (greatest of all time) is thrown around far too frequently. I have to admit that I am someone who tends to use this term more often than I should. However, in this instance, I do not think that I am being irrational; Lee “Faker” Sang-hyeok is the GOAT of League of Legends.

In traditional sports, one of the key factors in measuring a player’s success throughout their career is their number of championships. Thus, this should also be an essential way to evaluate the careers of esports professionals.

At the ripe young age of 20, Faker is already a three-time world champion. This is even more astonishing when you take into consideration that there have only been six world championships in League of Legends history; this means that Faker has won half of the world championship events that have ever taken place in LoL history.

However, Faker’s achievements are even more incredible considering that he has only been playing League of Legends since season three. Additionally, Faker and SK Telecom T1 (SKT) did not qualify for the 2014 World Championship; thus, Faker has played in three world championships and won all three.

Essentially, the more you look at Faker’s body of work, you just find even more information which leads to his assertion as the greatest League of Legends player of all time.

Although I haven’t been playing or following League of Legends for that long, it’s become blatantly clear to me that Faker is the best. Right when I started getting into this game, roughly eight or nine months ago, I heard rumors and stories about the legendary Faker. Ironically, one of the first champions I bought was LeBlanc, as I ignorantly thought she was easy to play simply based off of watching videos of Faker playing the champ.

Regardless, the fact of the matter is that I was told Faker was the best in the game by numerous people, and after watching him play at Worlds 2016 for myself, he truly is on another level. Prior to this year’s world championship, Faker was one of only two players, the other being his jungler Bae “Bengi” Seong-woong, to have won the world championship twice. Now, following SKT’s victory at Worlds 2016, Faker and Bengi are the only three-time champions, while Bae “Bang” Jun-sik and Lee “Wolf” Jae-wan join the list of two-time champions.

It’s honestly remarkable to consider that Faker has won three world championships in just four years, and he has definitely been a major contributing factor to the creation of an SKT dynasty in League of Legends.

I believe Faker’s superb play and collection of hardware undoubtedly helps to support his claim for being the GOAT of League of Legends. But how does he stack up against some of the greatest athletes in traditional sports history? I’m not trying to spark the never-ending “esports vs. sports” debate, but there are several striking similarities between Faker and some of the greatest athletes of my generation.

Michael Jordan, his airness himself, is considered by many, including myself, to be the greatest basketball player of all time. Jordan won six NBA championships in eight years. Additionally, Jordan won three rings in three consecutive years twice. This is even more remarkable when you take into consideration that he took almost a two year break from playing basketball during the peak of his career, and right in the middle of his championship streak.

From 1991 to 1993, Jordan won three straight championships. But, Jordan was dominating the NBA so much, that he decided to take a stab at becoming a professional baseball player in 1994. He missed the entire 1994 season and most of the 1995 season pursuing his dream, but quickly made a full return to the NBA in 1996, where he started another streak of three consecutive championships, from 1996 to 1998.

Who knows what would have happened in 1994 and 1995 if Jordan had stayed in the NBA; he could have possibly won eight straight NBA titles. But, much like Faker, Jordan was the catalyst for his team, leading the Chicago Bulls to many championships and even more memorable moments.

This is only slightly less definitive than Jordan’s claim to be the GOAT of the NBA, but I firmly believe that Tom Brady is the greatest quarterback to ever play the game of football. The numbers speak for themselves; Brady has four Super Bowl rings, including three championships in four years (2002, and 2004-05), which is the same streak that Faker is currently on.

After winning his fourth championship in 2015, Brady tied Terry Bradshaw and Joe Montana as the only NFL quarterbacks with four rings, and with the way Brady and the New England Patriots are playing this year, I wouldn’t be surprised to see him break that record this February.

If anyone thought that he wasn’t already the best in the business, following Peyton Manning’s retirement last spring, Brady undisputedly became the best quarterback currently playing the game of football. Just like Faker, Brady is considered to be the best player at his position in the entire world. But, the best part is that both Faker and Brady are still playing the game they love, and have even more time to build upon their remarkable résumés.

This pick is definitely more controversial and debatable than the other two comparisons, but I believe that Derek Jeter is the greatest shortstop of all time, and one of the best hitters in MLB history. Throughout his illustrious 20-year career, Jeter amassed 3,465 hits, the sixth most hits in MLB history, on top of winning five World Series titles.

What’s even more impressive for Jeter is that he won four World Series rings in his first five seasons as the starting shortstop for the New York Yankees, including one in his rookie year, 1996, followed by three titles in a row from 1998 to 2000.

The rings are there for both Jeter and Faker in this comparison, but what I think makes them even more alike is the clutch factor. “The Captain” proved time and time again that he was born with the clutch gene, and Faker seems to have that same natural born ability too. When the lights shine brightest on the field or stage, both of these men feel at home and play their best. They don’t succumb to the pressure, and simply just do their job to showcase why they are the best at what they do. When the game was on the line, the Yankees wanted Jeter in the batter’s box; and when their tournament life was on the line, SKT put the ball in Faker’s hands.

I feel that all of these comparisons are perfectly justifiable, as all four men mentioned in this article are champions, and at the top of the list in their respective sports. Jordan, Brady, Jeter and Faker are all winners, they are all clutch, and they are all GOATs.

Regardless of people’s opinions of esports compared to traditional sports, Faker is the best at his game, just as Jordan, Brady and Jeter dominated their games throughout their entire careers; and, just like Brady, Faker is showing no signs of slowing down. Faker has already proven to everyone that he is the greatest League of Legends player of all time, but he will continue to build onto his legacy and strengthen the SKT dynasty for as long as he keeps playing this game.

Do you agree that Faker is the best League of Legends player of all time, or do you think someone else deserves that title? Let us know by commenting below or tweeting us @GAMURScom.