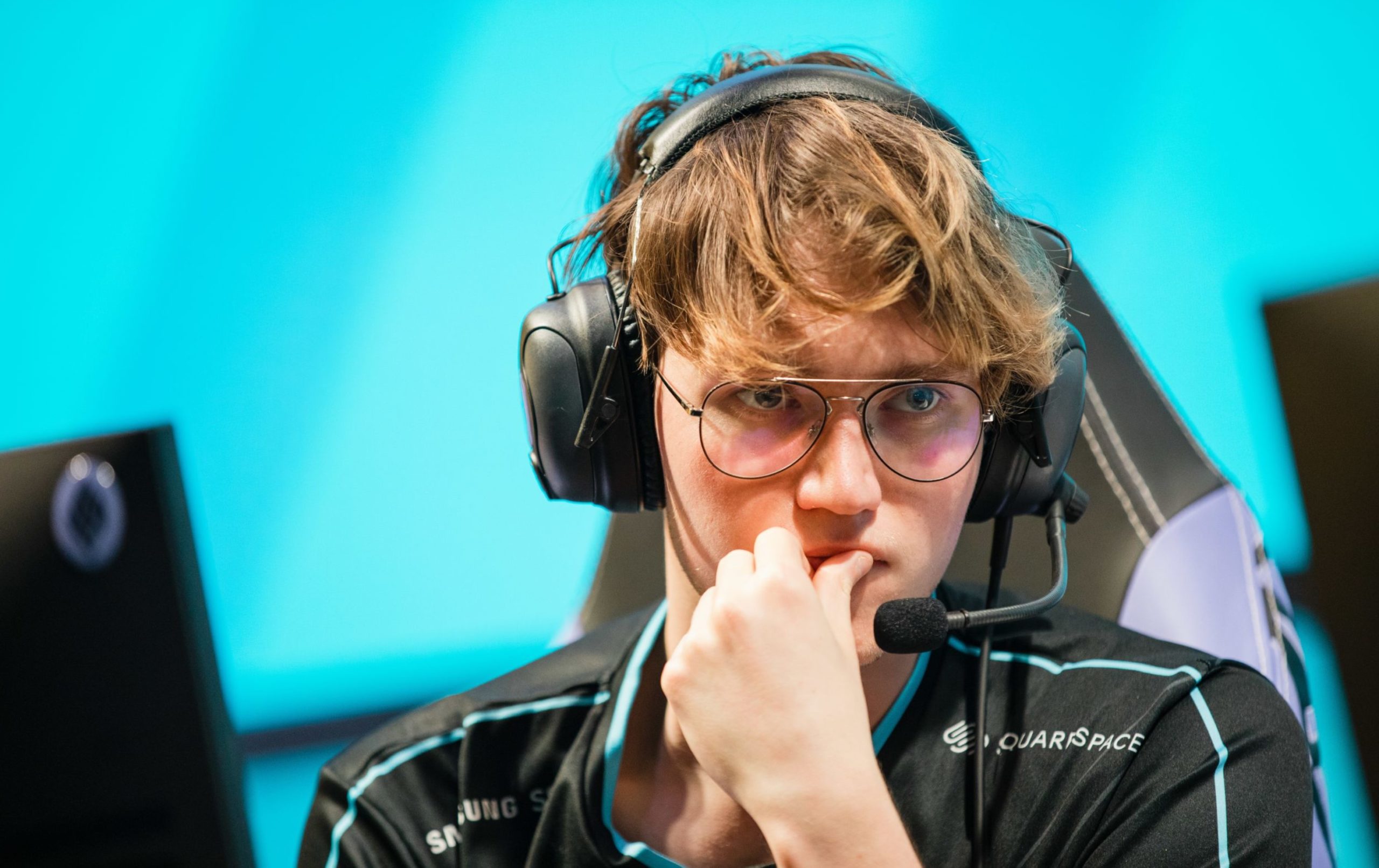 Excel Esports dealt the reigning LEC champions, MAD Lions, their fifth-straight loss of the 2022 LEC Spring Split today thanks in part to a pocket pick Kled.

With the 2022 LEC Spring Split regular season nearing its end, both Excel and MAD entered today’s game looking to fight for those final playoff spots. And right away, it was Excel top laner Finn who got off to a strong start on the pocket pick Kled against Armut’s Aatrox. The Excel top laner held a 3/0/1 scoreline at the 11-minute mark in the game.

As a result, Excel prioritized their pressure around this won top side and they grabbed the first tower of the game.

MAD attempted to make plays on the map as they destroyed Excel’s tier-one bottom turret, but each time MAD got an objective or kill, it was immediately traded back. Through this bottom lane play, Excel destroyed MAD’s tier-two turret as well as the tier-one mid lane turret and they were in command of the game.

This lead continued to grow after Excel obliterated MAD in a fight near the mid lane at the 20-minute mark, and immediately after, they grabbed the Baron. This Baron was used to break open MAD’s base and the reigning LEC champions were left to try and stall out the game.

But this dream died soon. Excel jungler Markoon engaged onto MAD’s mid laner and they eventually sealed the deal on a 25-minute win to start week seven of the 2022 LEC Spring Split.

This win for Excel improves their record to 8-6 in the 2022 LEC Spring Split. They look poised to make their first trip to the LEC playoffs since joining the European league in 2019.

As for MAD, this loss puts the reigning LEC champions in troublesome territory at 5-9 and on a five-game losing streak. This loss also puts them in seventh place behind Team Vitality, who are at six wins. And given the history of qualified playoff teams in the LEC, MAD will need to win out or only drop one more game to reach the eight to nine victories needed to qualify for the playoffs.

MAD will look to get back into the playoff picture tomorrow against Fnatic, where they’ll try to pull off an upset against the second-place LEC team. As for Excel, they’ll attempt to solidify their spot in the LEC playoffs when they go for their ninth win of the split against the LEC’s top team, Rogue.