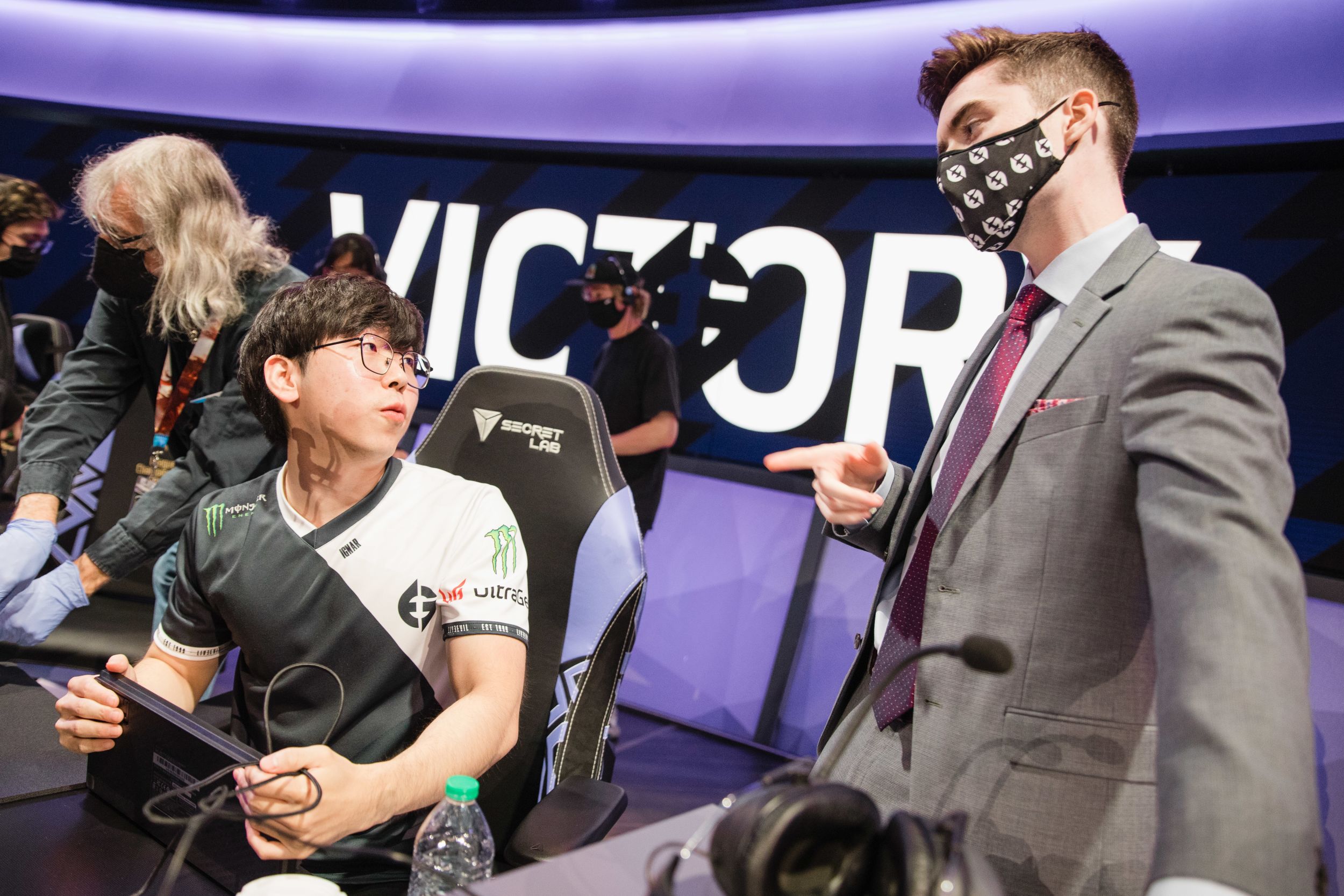 The LCS revealed its first round of end-of-season award winners earlier today and Evil Geniuses took home the honors of Coaching Staff of the Year.

After falling out of favor early in the Spring Split and maintaining a relatively lackluster 0.500 record throughout the first half of the season, EG exploded in the summer, emerging as a contender for the LCS title. In fact, the team’s performance in the second half of the season was so strong that if the LCS retained its traditional format—where teams’ records were reset ahead of the Summer Split—EG’s 18-9 record would have been good enough for a share of first place.

Largely, EG’s back-half run of dominance came as a result of the organization’s decision to make a midseason roster swap at the AD carry position. By bringing in rookie ADC Danny to replace Deftly on the team’s starting lineup, EG’s coaching staff made history by rostering the first player in LCS history to make their league debut before playing a game in the Academy scene.

Danny’s jump from the amateur level straight to the LCS stage was a gamble for EG, but it paid dividends for the team. Danny posted impressive stats throughout the split, including a KDA of 4.4 and DPM of 555.9. Both of those marks ranked in the top three among qualified LCS ADCs this summer, according to League stats site Games of Legends. As a result of his standout performance, Danny was named to the second LCS All-Pro second team, capping off a brilliant breakout split.

Additionally, EG’s coaching staff was one of the only groups in the league to effectively use substitute players throughout the year. Veteran jungler Contractz proved to be a potent weapon off the bench and EG won every game that Contractz appeared in this season.

After winning 18 of their final 24 games, EG will look to continue their late-season surge in a first-round playoff matchup with Dignitas this weekend.