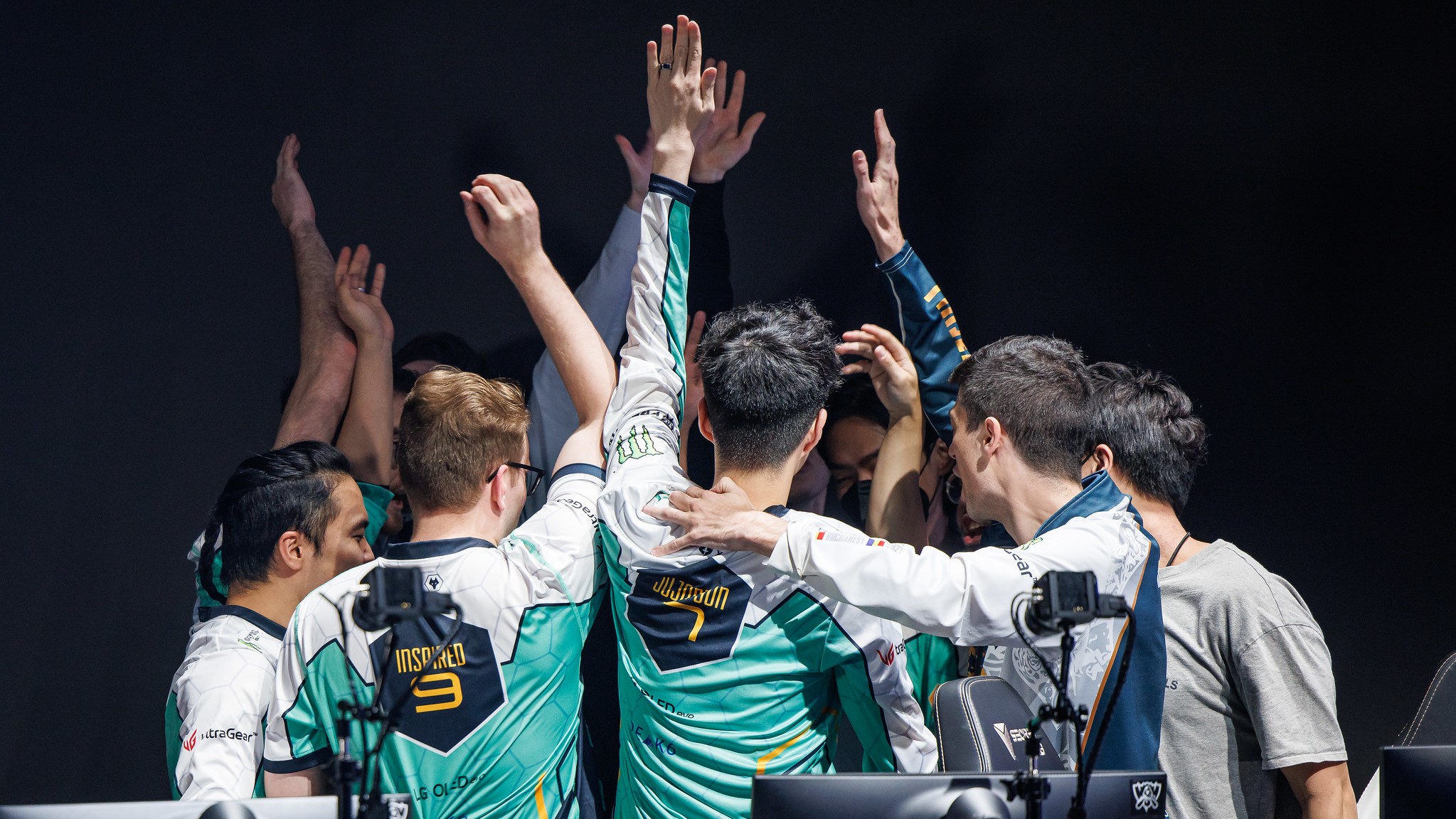 The NA curse is broken.

After Evil Geniuses dominated MAD Lions at the League of Legends World Championship last night, a team from North America has finally taken a game from Europe in a best-of-series after eight long years of waiting.

The last time NA took a game in a best-of-series from EU was all the way back in the quarterfinals of Worlds 2013 when the original Cloud9—featuring the iconic lineup of Balls, Meteos, Hai, Sneaky, and LemonNation—lost 2-1 to xPeke’s Fnatic.

Up until last night, when EG breezed past MAD Lions in the qualification match for the main event, NA had failed to win a single game in best-of-series against EU at an international tournament (not including Rift Rivals in 2017) for almost a decade.

The last time NA and EU faced off against each other in a series was at MSI in 2019. Team Liquid shocked the world and brought down tournament favorite Invictus Gaming in the semifinals, only for G2 Esports to quickly wipe the smile off their face and stomp them 3-0 in the finals.

At Worlds 2018, Cloud9 reached as far as the semifinals of the event after surprisingly dismantling Afeeca Freecs (now known as Kwangdong Freecs). But Fnatic put a stop to their run with another embarrassing 3-0 sweep.

Of course, at the first Worlds back in 2011, which was practically hosted in Phreak’s basement—or, you know, a venue in Jönköping, Sweden with an audience capacity of 200—both TSM and CLG took games from EU teams.

CLG lost 2-1 to the eventual winners of the tournament, Fnatic, in the opening round and TSM lost 2-1 to aAa in the semifinals. But despite being categorized as a World Championship, it was still early days for League esports and the tournament didn’t include any teams from Asia.

It was only in 2012 when Asian teams were invited to the event for the first time, with Taiwan’s Taipei Assassins going on to win the tournament after blazing through Azubu Frost in the finals. Since then, Asian teams have dominated on the world stage, with NA and EU barely getting a look in.