Riot introduced the drops that League of Legends fans can receive by tuning into esports matches at the beginning of the summer. The feature went live with LCS and LEC matches and turned out to be an excellent way to increase viewer interaction in the long run. As fun as it is to watch a competitive League match, rewards made witnessing epic plays even more meaningful since it meant players could get tokens to remember those moments.

The developer revealed today that the feature will be back for the biggest League event of the year, Worlds, which officially starts on Sept. 25. With countless matches to watch and the competition at an all-time high, it can be relatively easy to miss out on some of the rewards.

Here’s everything you need to know about the Worlds 2020 drops to make sure you get the most out of the crown jewel of each League year.

How can you turn on the drops?

The drops are strictly tied to watching the games live. Though it sounds relatively straightforward, not successfully turning on the drops for your account can cause you to miss out on the sweet loot you could have gotten with the watch time you clocked in so far.

Enabling drops is simple. Even if you turned on the drops before, you can follow the same procedure to make sure you have them enabled going into Worlds. 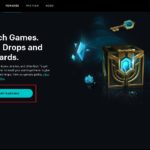 Though watching VODs is enough to complete the regular watch missions, you’ll need to tune into live games to have a chance at securing a drop. Make sure to watch the games through lolesports.com since Riot doesn’t offer drops right now for anyone that tunes into the games via alternative platforms like YouTube or Twitch.

Players from SEA and China won’t be eligible for Worlds drops, according to Riot.

How can you tell when you receive a drop?

When you’re watching an intense game, you may miss a drop you just received if you’re caught in the heat of the moment. Luckily, Riot’s lolesports.com platform does a good job of altering players with hard-to-miss notifications.

Whenever an in-game drop gets triggered, a notification will appear on the right side of your screen. This pop-up doesn’t appear when you’re watching in full screen so it doesn’t disrupt your viewing experience. You should still see the notification of the drops you receive once you minimize the stream since they don’t disappear until you click on them when you’re in full screen.

You can still check out the Rewards tab to make sure you don’t miss any rewards. The rewards each player gets from the same in-game event will be different since there’s also a little chance involved in the process. While you secure a rare drop from a Baron steal, a friend of yours could settle for a common drop.

What in-game events can trigger a drop?

There are many different in-game scenarios that can yield a drop for lucky viewers. Some are region-locked drops that can only be obtained by players tuning in from those regions.

Riot announced the following in-game events in its blog that will award players with a drop. But the developer can also decide to add more events to the list throughout the event.

The distribution of the rewarding moments means that League fans won’t want to miss a single second of the whole production since another drop can always be around the corner.

All this effort would mean a lot less without a list of encouraging drops. The drop list has an excellent range that includes both real-life and in-game drops that players strive to obtain throughout the year via questing.

Here’s a full list of all the drops that you can obtain by tuning into lolesports.com to watch Worlds 2020 live.

If you needed more incentive to watch Worlds 2020, Riot has you covered with watch missions. These simple quests will only require you to watch a specific number of Worlds games and reward you with 500 blue essence. The final watch mission also features 10 Worlds tokens.

The next one should appear in your quest log after you complete your first watch mission and they should go live one day before the play-in stage begins. Like drops, you’ll need to watch the games through lolesports.com. There are a total of three missions. You’ll need to watch one, five, and 10 games respectively to complete each of them.

The rewards should be deposited on your accounts right after completing them. You’ll have a week after Worlds ends to complete these missions since they’ll expire afterward.

Riot has been clear that League players will need to watch the games through lolesports.com to be eligible for drops, but that doesn’t mean the developer forgot about its fans on different platforms. 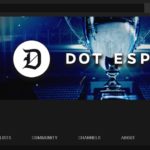 In addition to drops and mission rewards, Riot is releasing skins and icons for the occasion. A small percentage of the earnings these cosmetics bring in will be used to support teams participating in Worlds.

Twenty-five percent of the revenue from Championship LeBlanc, for example, will be allocated to teams that qualified for Worlds 2020. Riot will also divide it in half and distribute 12.5 percent of it based on performance, while the other half will be distributed equally among all teams.

Fifty percent of the revenue from the Worlds 2020 icons sold throughout the tournament will be distributed equally among all the teams that qualified for the event.