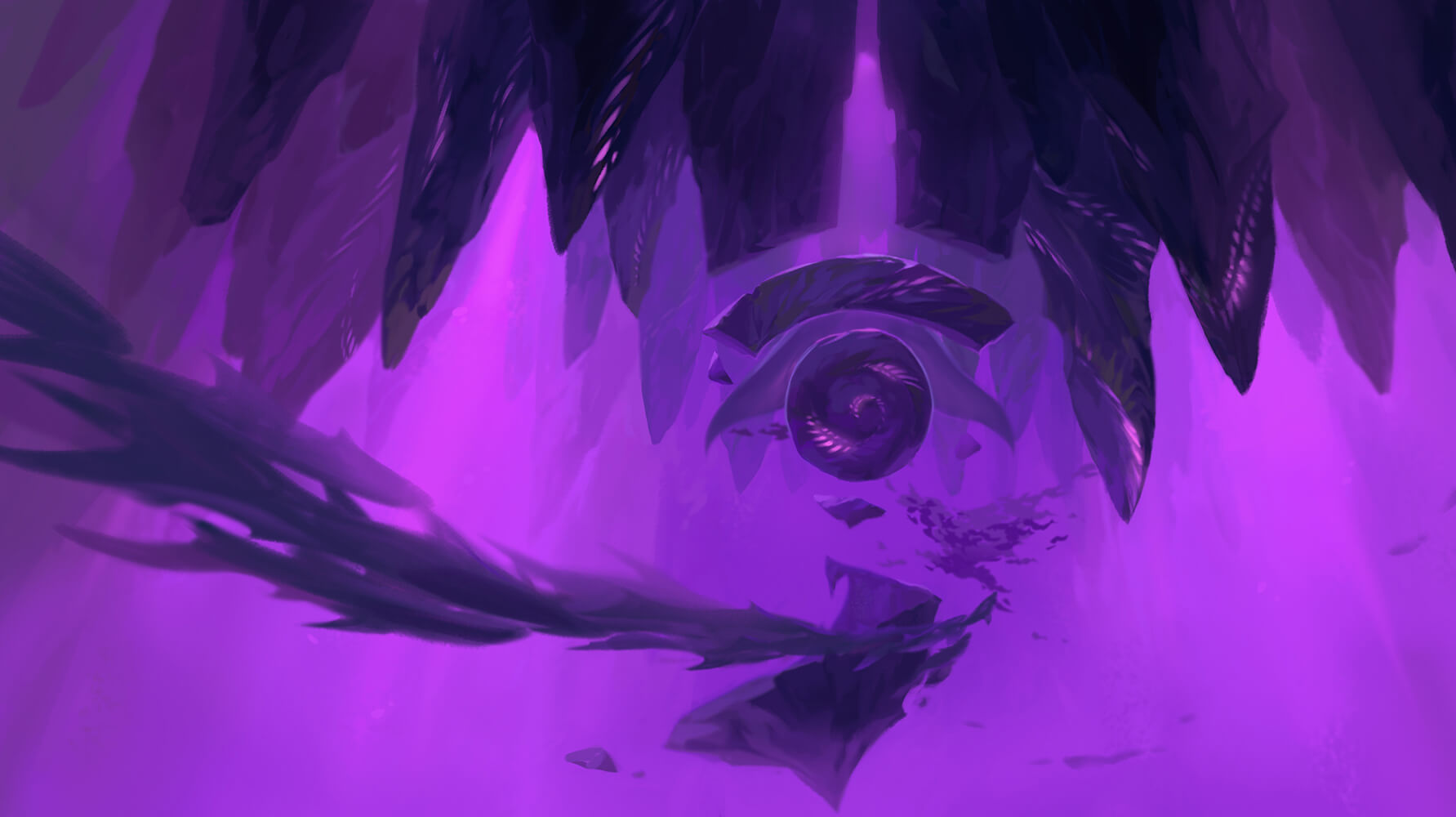 The newest champion joining the evolving cast of League of Legends seems to have been leaked prior to her official announcement. This creature is referred to as Bel’Veth, who fits the description of the Empress of the Void that was teased to be coming to the Rift at some point this year.

Outside of teases at the beginning of the year and in the recent Champion Roadmap, there isn’t much that we know about Bel’Veth right now. In the season 2022 champions dev video, when talking about the new Void jungler, Riot Reav3 was seemingly taken over by the empress, turning his eyes an eerie purple.

In a leaked gameplay video, Bel’Veth appears to take the shape of a corrupted manta ray, using her giant fins as a cloak to conceal her true form. When using her ultimate ability, Bel’Veth gains golden accents on her body, clearly signifying her royal status within the Void.

The new Champion Roadmap also notes that she can bend anyone to her will by completely enchanting them, making it seem that no other power in the Void compares to her. There’s even an image associated with the roadmap that pictures a man about to be pierced by a purple stinger.

It’s unclear how Bel’Veth relates to other champions from the void, like Rek’Sai or Vel’Koz, but her status as an empress likely makes her their ruler. It’s also unclear what her abilities are and how they will work, other than this leaked transformation as part of her ultimate.

Riot Games has not yet confirmed that Bel’Veth will be the aforementioned Empress of the Void jungler set to release as the next champion. The video showcasing Bel’Veth may not be official content that will be released in League in the future.

This article will be updated as we learn more about Bel’Veth.