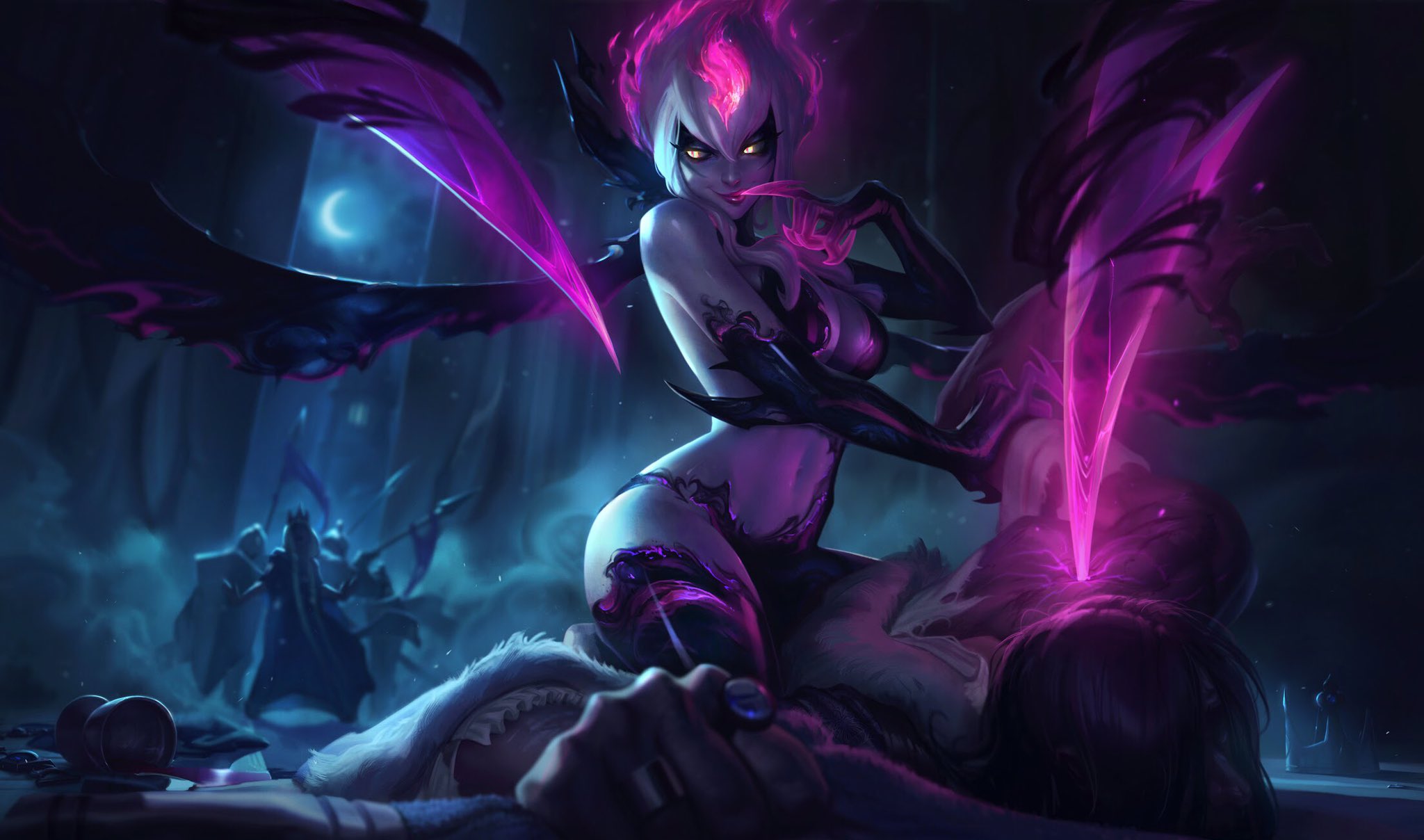 As we all know following Riot’s official teaser earlier this week, your friendly neighborhood succubus, Evelynn, is getting a big, shiny update soon.

Today, the splash art, or something that looks a lot like a splash art, for the update was shared on Riot’s League of Legends Spain Twitter account.

As you can clearly tell, this is perhaps the most blatant use of sex that Riot has ever used with a champion, old or new, but for a shadow-fueled demon whose purpose is luring unfortunate individuals into her company, it works.

Riot publicly announced it would be embracing sexiness when it comes to female champions in the near future in its April announcement, as long as it fits the champions’ identity and theme. In this case, it certainly fits. For champions like Caitlyn, though—not so much. You can’t possibly expect us to believe that her comically large hat, extremely short skirt, and corset are practical for duties as a sheriff, right?

Either way, the new Evelynn looks like she fits her theme very well, especially compared to her current, extremely outdated design. With a teaser and artwork both surfacing this week, it’s safe to assume we’ll see her on the PBE some time soon, which means she may be playable within the next couple weeks.