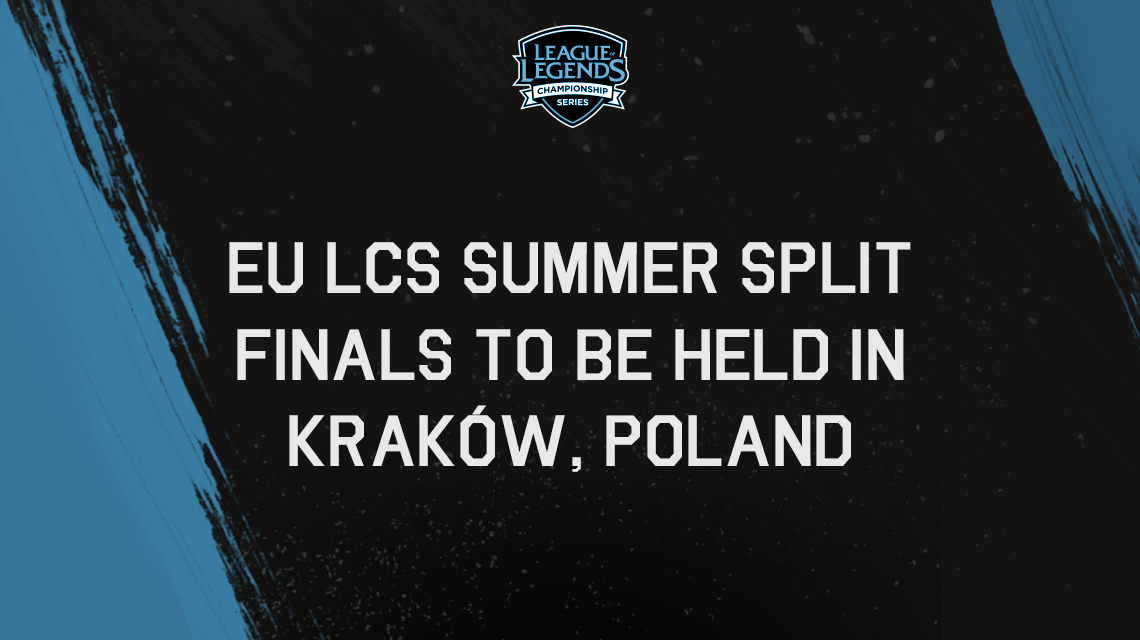 Riot Games announced on Tuesday that the 2016 European League Championship Series Summer Split Finals will be held in Kraków, Poland. The top six teams in the regular season advance to the playoffs, though only teams who make it to the final four will be playing in matches held in Kraków, at the the TAURON Arena.

The third place vs. fourth place match is scheduled to be played on August 27, and the first place vs. second place match will be played on August 28. The format for both of these matches are the standard best of five series. Tickets are not currently on sale, with Riot saying they “… will go on sale soon.” You can follow both LoLeSports, and GAMURScom on Twitter for updates on tickets.

The European region will also decide two of the three teams being sent to the World Championship. One will be the winner of the overall Summer Split, and the second will be the team who has the most championship points. Riot provided a breakdown of how championship points will be allotted; keep in mind first place does not receive any points, but rather a spot in the World Championship, the end goal of those trying to collect points.

The last team to represent Europe will be decided via a qualifier, which will be played a week after the conclusion of the finals. Those matches will be hosted at the regular EU LCS Arena in Berlin, Germany.

Which three teams do you think are going to represent Europe at the World Championship, and how do you think they will get there? Let us know by commenting below or tweeting us @GAMURScom.