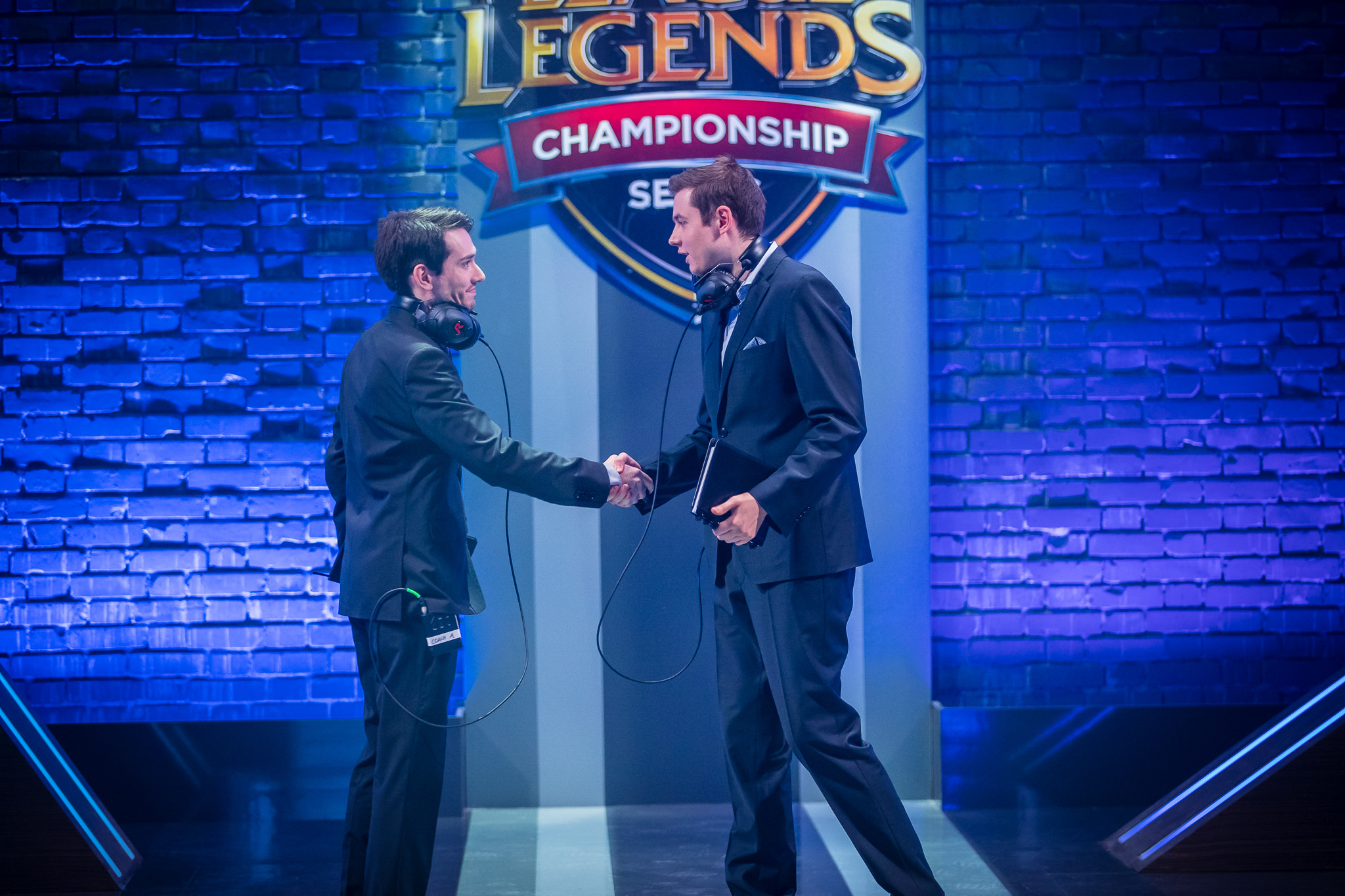 With the European LCS regular season over for 2016, the rise of best-of-two has yielded some drastic changes in the standings.

“Given the prevalence of Bo2 in many European sports leagues (specifically soccer… sorry, football), we decided to implement Bo2 format in a region where ties are both understood and accepted in sports culture,” Riot Games’ Whalen “Magus” Rozelle wrote at the end of last year.

The new format was introduced for the Summer Split in Europe, while North America transitioned to a best-of-three system. I’m sure we can all agree that both formats are superior to the best-of-ones that plagued the regular season for years past, but it’s time to evaluate whether Europeans are really satisfied with ties.

It’s true that many European sports allow for the possibility of a tie (or a draw). Football (soccer) matches often end in ties, unless in a cup competition that requires a winner to progress to the next round. Rugby league allows for ties, though it’s much less common due to the number of points scored per game. Even cricket can theoretically produce a tie, though it’s only happened twice internationally in the history of the sport.

But there’s a major difference between these sports and League of Legends: They are timed. After 90 minutes in the case of football, or 80 in rugby, the game is over. That’s why a tie is accepted. Two teams battled it out for 90 minutes, and neither could produce enough to take the victory. League of Legends has no time limit. A professional League game could last 20 minutes or two hours, but either way there is always a definite winner.

A professional  League game could last 20 minutes or two hours, but either way there is always a definite winner.

Allowing the possibility of ties in a game where it’s not actually possible to tie feels strange. While I would agree that having ties in a league system makes sense for most sports, it just doesn’t have a place in the LCS. We as the viewer base have grown to accept that every match will have a victor. This has been established since the inception of the game, and yet now we’re expected to enjoy ties.

We’ve seen 33 ties in the regular season this past split. That’s over one third of total matches played. The change in format has seen sides like Splyce and Giants rocket to the top of the standings, while the likes of Origen and Vitality struggle to adapt. Obviously we can’t take away from the improvement of these teams, but it is certainly a shift from what we’re used to and the resulting change in standings involves a hell of a lot of ties.

Now, let’s get into the quote from Magus specifically. He cites soccer/football as the main indication that European sports fans (which, by the way, don’t exactly overlap with the esports viewer base) are used to a best-of-two format. What isn’t included is that, in football, the scores are culminated over 180 minutes, not two games. Team A can defeat team B in game one, then lose in game two and still win the matchup, and vice versa. It comes down to the number of goals scored among many other factors, such as away goals, which isn’t worth going into. While victory in football can be achieved with multiple score lines, League only has one. 1-0. Either you destroy the opponent’s Nexus, or they destroy yours.

Beyond my own opinion that best-of-two isn’t suited to the game, consider the fact that every other major region has already converted to best-of-three. The Korean LCK and the Chinese LPL both had the system before North America converted to the format. When international competition comes along, these two regions are more experienced with the longer sets of matches—how and when to use substitutes, how to adapt between games, and how to mentally compose themselves for a longer series.

It also just makes sense for every region to be on the same page when it comes to formats. Riot likes to push the idea that esports is a sport, however I don’t recall seeing a sport that changes format dependent on the region that it is played in. At least not drastically, as in reducing the game time by one third.

Riot likes to push the idea that esports is a sport, however I don’t recall seeing a sport that changes format dependent on the region that it is played in.

Not only do the teams suffer, but so do the fans. Watching two teams slog it out to find themselves dead even by the end is fun, for some. For many it’s boring, it’s a waste of time, and it changes nothing. This is reflected in the viewing figures. There are no official numbers available, but even looking at the figures as each week rolled by, it was clear to see the numbers fall short of last season. Average viewership per game dropped from 150,000 to 100,000, though the big rival clashes didn’t seem to be affected.

The transition to a two-stream broadcast hasn’t helped in this regard. Fans aren’t used to being forced to pick and choose between which games they can watch. In the long run, I imagine viewers will adjust. As with sports, it’s very rare for just the one match to be going on at once and having to choose between two isn’t exactly a life or death choice. The numbers hurt for organizations with smaller brands when facing each other, but all get their turn in the spotlight.

Once again, this doesn’t have to be solely an issue of format. Complaints about the game becoming stale have popped up from the community, with many players saying that champions need more buffs and nerfs to change up the meta (something that Riot partially addressed just over a week ago with the new patch). Stale gameplay mixed with stale results doesn’t sit well with a young fanbase who want to see exciting games and a clear victor from each bout.

The NA LCS doesn’t seem to be suffering from the hit quite as much, though there is still a slight drop. It’s always been the case, however, that the North American LCS has dominated its European counterparts—bigger personalities, historically closer matchups, and a sporadic streak of upsets.

Players and notable figures have taken to social media to vent their frustrations at the format, usually in the form of sarcasm, or perhaps they really do love ties and Magus has hit the nail on the head when it comes to the competitive nature of Europeans.

omg c9 immortals its a tie! joke its a bo3 nice let’s see the last game

5 ties and 10 tilted teams. Everyone looks so down and sad after a tie and feels like noone is winning. FeelsBadMan

Riot has a notable history of retreating on its plans under pressure from the fans—and even more so from the professional players. At times this has been viewed as a negative, but given that Riot itself called the format change an experiment from the start, I think we’d all be happier to see it cut its losses and let Europe catch up to the other major regions.