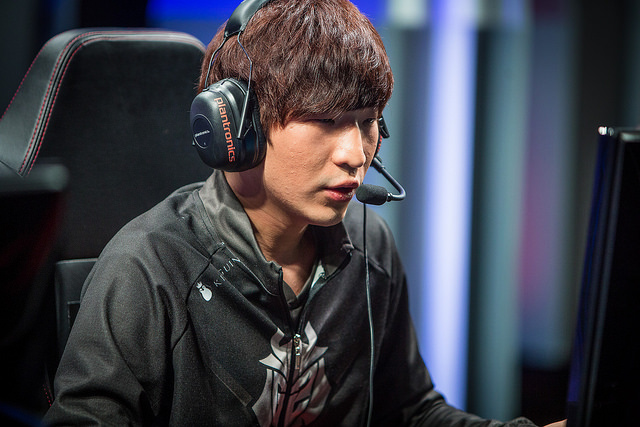 Week 2 was an interesting week and can be summarized with a familiar term to European LCS fans: “everyone beats everyone”, but in the end will Fnatic really win?

Not if they drop games against teams like the Unicorns of Love.

I wish I could reliably call Fnatic right now, but from what I’ve seen it’s safe to say their best description at the moment is night and day.  When they’ve shone it’s been bright, but their nights have been pretty dark, I think this is attributed to being a new roster however.

While they’ve worked out how to press on leads they still need work playing in a catch up situation, when we’ve seen them stumble they’ve fallen. But with every fall comes the experience needed to stay footed upon the next stumble, this Fnatic squad will grow stronger and stronger as the season goes on, what’s crucial is how fast their learning process is.

As for G2, they have three wins on Elements, Giants and Roccat. Not the brightest selection of LCS prospects at first glance but that’s not to discredit the good play they exhibited in taking them down. G2 certainly looked impressive if a bit a lacking in top lane impact.

H2k was their first real test against a “top team” and they couldn’t overcome them, so a real good perspective into how G2 can/will do this split is their performance in this game. There’s every chance that the team could end up just a “noob-slayer” that never shows up against the real competition but easily dispatches the lesser teams. However I believe the squad has a higher ceiling than that.

Night or day? I pick day. I’m done trying to predict losses for this team, it never works out. That being said, maybe I’m now trying to jinx them by predicting a win? You tell me.

H2K, despite the slip up against Fnatic, are still my top team in the EU LCS at this moment. They excite me in a way no other EU LCS team has done so far, in addition to this H2K are still my “EU LCS team least likely to get destroyed by Immortals”.

While I was sceptical over their potential impact prior to the season, Jankos and Vander have certainly proved that they can still aspire to the heights they were once known for. The performance of the former in particular has been crucial in maintaining H2K’s high standard of play since the start of the season. The first blood king has been involved in every first blood in all four H2K games so far, albeit two as assists, one securing the kill and the last being the one who died. Live and die by the profession huh?

Their opponents, Vitality, have been on an upwards rise since their first and only shocking loss to Roccat. If a team is ever in need of being shocked into action, why not make it happen from day one. Vitality with a bit of luck and simply good play for the most part, have looked quite good in the two weeks we’ve had to see them in action.

Fnatic and Splyce were systematically taken apart, Origen was pure resilience and a bit of luck. But in the end it doesn’t matter much how they won, we’re in a best of one format still, the wins are absolute. The winner of this match will more than likely enjoy a well-deserved stay at the top of the table.

One area of this matchup to watch will certainly be the bottom lane, it will be interesting to see if Hjarnan and Kasing can hold back Forgiven and Vander. I’m also interested in whether or not Shook will be able to match or even surpass the impact of Jankos. As it stands I worry both matchups will swing in H2K’s favour which in turn could lead to a difficult game for Vitality

Feel free to dial me up if Shook out-jungles Jankos but I don’t see it.

The Unicorns of Love have thus far lived up to what I kept saying they could achieve, sure none of their players were heralded at any recent point for beings stars of the show, in fact the only “standout player” on the team was Diamondprox.

Due to unfortunate Visa circumstances Diamond is now out of action which puts a big dent in my Unicorn theory. Diamond did prove me right in being a crucial part of the team’s success so far, his impact allowed the team to flourish, specifically Vizicsacsi.

Giants and Splyce may not be the most impressive first week to trump but their win over Fnatic was a message. They could do it when given the chance (there was something beautiful about watching Steeelback be the one to crush Fnatic’s hopes that game).

UOL without Diamond is something I’m a bit worried about. For this week, the replacement is Djoko and as long as he can match or even surpass Diamond’s presence in the jungle early on, they shouldn’t have much of an issue on that front. What’s unknown for me is what the extent of Diamond’s impact post-laning phase was and how they’ll be able to blend Djoko into that role, or adapt themselves to accommodate him.

G2 are no pushovers, the squad looks to be ones of the few challenging for a playoff spot, the same position I had UOL themselves in. As it stands at the moment I’m unsure if the UOL squad will be able to keep up with Trick and G2 if they’re unprepared. Their saving grace for me is once again the top lane and Vizicsacsi, keeping Vizi on top of Kikis should be a priority.

Prediction: G2 if Djoko doesn’t blend well, UOL if he does

I do one wish-wash prediction every week and generally some of these are hard to call for me because of the mitigating factors. I think if Djoko blends well with the squad it will catch G2 off guard, UOL have been in good form and I don’t think G2 will dump on them too hard in the earlier parts of the game.

This is bold, crazy even.

I’m not saying outright that this will happen I’m merely saying that it can happen.

Elements’ score is deceptive because they’ve faced and beaten all three of the current bottom three teams. So good on them, they’re not (at this moment) a relegation zone team. However that means now they have a real crazy run against all the teams in the league that are threats.

Maybe Elements’ good form has allowed them to build up enough confidence to topple the most vulnerable of the EU giants right now, Origen have certainly seen better days.

If you’re an Elements fan, pray to your god. Pray to Gilius

Firstly, I bigged up Roccat last week and I’m so sorry. Let’s avoid a repeat of that eh?

Theoretically Origen owners may finally have something to smile about; a week against Roccat and Elements seems like a pretty safe bet for some high points. Be wary of crazy upsets however. I’m not liable for Origen having another crisis week.

Fnatic’s week against G2 and Splyce could also go really well, more depending on how the first one goes than the second where I don’t expect anything other than a win.

H2K and Vitality owners could both hit big or be the banes of each other’s weeks, the safer bet is still H2k by far.

If you enjoyed this and or have any feedback, shoot them my way on twitter: https://twitter.com/SabrewoIf

All feedback is worth hearing.