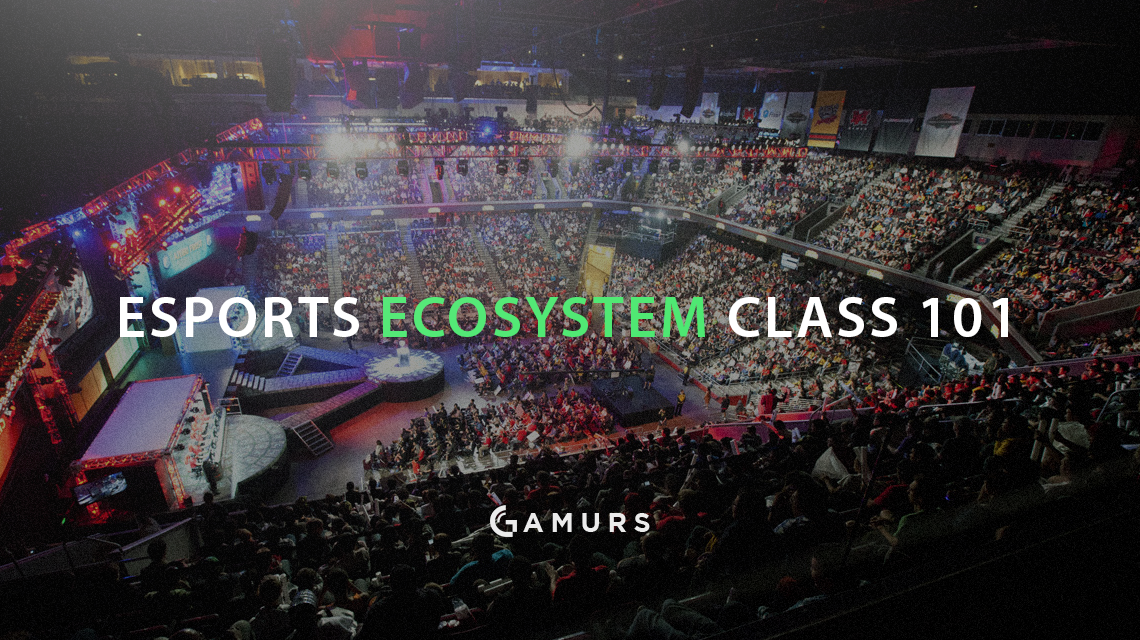 The ecosystem of esport titles is crucial for both the games themselves and their progression to become more mainstream. Whether this is focusing on League of Legends, one of the biggest esport titles to date, or other successors that have enormous potential, such as Blizzard’s Overwatch, having a vibrant and positive esport scene is crucial to growing organisations to greater heights.

If an emerging title has any chance to survive and thrive further, it needs to develop close relationships with its pro players, which are at the core of its competitive aspect.

For an esports ecosystem, there’s a simplistic rule of thumb that pro players are simply the fuel to the engine of the esports industry. The audience itself wants to observe dedicated individuals perform in a live environment, for the thrill of competitiveness. Without this core principle, there wouldn’t be any investors or followers of esports, as growth cannot occur without competitiveness.

While this may seem obvious to esports enthusiasts, it is at odds with recent comments from Riot’s co-founder and CEO Marc “Tryndamere” Merril. Tryndamere’s comments cause friction between team owners and publishers instead of focusing on fixing the current issues with League of Legend’s own ecosystem. The comment is stated towards Team SoloMid’s founder and owner Andy “Reginald” Dinh after he was interviewed by William “Scarra” Li discussing patch note 6.15, patch notes changes and the infrastructure of pro players.

Reginald discussed hatred for the constant adaptation needed towards drastic patch notes from a pro players perspective. “It’s like if you look at the NBA, when they go into the playoffs, it would essentially be like changing the basketball to the weight of a bowling ball.”

It’s important to understand Reginald’s position and perspective; although TSM is the biggest and most successful organisation in League of Legends, it still has flaws and problems that aren’t just generated from League’s ecosystem.

His attention, as a team owner, always will remain to upkeep the health, well-being and safety of his pro players. He understands they are the foundation of TSM’s business model and an immense investment is required to continue growing his brand. For example, by hiring coaches, analysts and supporting staff, it allows Reginald’s players to focus their time more on practising and promoting the TSM brand rather than poor practice routines.

As a League of Legends team owner, this immense player investment requires funding from investors and sponsorships as the lack of financial opportunities, like franchising, is offered by Riot. Before this article covers these opportunities and problems, with the current ecosystem, let’s draw our attention to Tryndamere’s comment as we need to understand the problems before they’re solved.

Tryndamere’s first sentence is surprising to read as he’s mockingly questioning “more of the millions” Reginald apparently earns from League of Legends and how he’s investing said earned millions into other esport titles.

There’s not been any discussion between Riot and team owners of how financially stable they are in the current LCS ecosystem, nor have they dived into the gritty financial books about their earnings from sponsors and investors. Without these discussions, how would Tryndamere know the success rate of investing into other esport titles is terrible? It has to be questioned as to how these accusations can be stated if there’s been no discussions about team owners finance.

Within League of Legends, there’s not enough revenue opportunities to allow team owners to earn enormous profits, as a majority of their revenue is invested into their core asset: pro players. Compared to CS:GO, Valve offers in-game stickers to team owners, which allow further player interactions and works as an interesting source of revenue.

A conundrum is produced where team owners need to invest into other esport titles to earn revenue, with streams that aren’t limited from an expensive ecosystem, the LCS, in maintaining a League of Legends team. For investors and sponsors, this becomes a much larger conundrum because of the amount of risk that’s involved investing into a team owner as there’s no opportunity of revenue sharing.

Then there’s the relegations system that’s summed up easier by saying it’s the executioner’s calling, no League reference intended, as the team owners lose Riot’s own player salaries.

Competitiveness is the main factor of why esport titles are successful and it’s very appealing to the viewers seeing pro players compete on content that’s accessible to said viewers. However, what differentiates esports and traditional sports competitiveness is how much of a healthy drive for rivalry there is. With the massive impact of relegations destroying team organisations, this becomes an unhealthy rivalry between teams, as it’s more focused on surviving than being the best at a particular game/sport.

Another point that’s worth mentioning is how the comment reflects the idea of investing into other esport titles is losing team owners money and makes an assumption that “owners don’t want to shell out for top talent,” which causes more friction between Riot and team owners. Pro players aren’t financially struggling as it’s imperative team owners pay top salaries for their players to maintain motivation, support and allow future opportunities to occur if they retire from the scene. For team owners, they’re in a stressful position as they need to constantly burn out their players to make sure they perform well, and promote the team, allowing organisations to grow and escape relegation.

The stress turns into an issue due to the lack of investment/revenue-share opportunities and how Riot keeps forcing pro players to constantly adapt to patch notes, especially before playoffs, worlds and tournaments. This, in return, causes pro players to invest more of their time into keeping up with the competition, meaning team owners have to invest more finance into their players to redefine their practice schedules.

It seems more appropriate to tell Riot you’re harvesting your money tree rather than discuss revenue options if assumptions and lack of opportunities are brought forward, especially if you’re in a position where modifications to the LCS ecosystem can be easily decided and brought to the surface.

The LCS needs a fresh approach where both team owners and pro players are included in the discussions that relate to the infrastructure and progression of the LCS, as it’s quite clear the LCS is a marketing tool that generates enormous revenues. Withholding revenue options and not appointing discussions, about the finances of team owners and Riot, is insulting the rule of thumb of an esports ecosystem. Riot needs driven players who want to take their craft to the stage in order for the LCS to exist, which in return appeals to the viewers.

All hope isn’t lost in designing a better ecosystem that works for both team owners and Riot, without devaluing a player’s reputation, relevance and importance. As stated from Reginald’s TwitLonger reply to Tryndamere, a detailed proposal has been signed by NA LCS team owners and players that address urgent issues with the LCS. Instead of debating across social media in an informal narrative, causing further friction between team owners and publishers, a proposal has been brought forward to allow open-discussions to work with Riot to solve these issues. This allows opportunities, such as shared revenues, in-game content and franchising, to be brought forward to Riot’s attention and hopefully allow both sides to collaborate further as the growth of the esports industry continues.

Interesting ideas, such as in-game character skins and ward skins of teams, could offer fresh content where shared revenue and franchising allow team owners to offer pro players more financial support. Even an option to rework the current tournament formats, such as relegation and the challenger series, could be a possibility depending on Riot’s reaction to these proposed ideas.

These are very broad and undeveloped ideas, however, with the incentive knowledge of profitability for the esports industry, publishers, team owners and players can increase their revenue if they manage to collaborate in fixing the current ecosystem and investment/revenue problems. This allows more progression into a healthy relationship between Riot and team owners, meaning a better future for League of Legends.

A recent interview with Susan Tully, CEO of H2k-Gaming, discussed this topic and provided strong knowledge and a healthy perspective. “What happened last week (Tryndamere’s comment) the way I look at it is economics and finance 101 in esports. You need revenue, to support the expense structure. You need a stable ecosystem, not only for the benefit of the organisation who’ve made the investments into the game, but for the players. This is their life as well and you know, this is a business and it’s not a hobby.”

As team owners are running a business, the future opportunities of investing into more esport titles shouldn’t be frowned upon. Publishers, team owners, players and staff are all here to earn money in an industry they’re passionate for and team owners should invest into other esport titles if we want this industry to grow.

This interview left a positive impression, as she’s tremendously knowledgeable about finances, from her CFO background, which is a positive direction for potentially improving League’s ecosystem. It will take time for the improvement of the LCS to benefit Riot, the players and team organisations further. However, bringing the problems to the media allows us to dissect and bring important issues forward that need to be resolved in order for the League of Legends esport scene to withstand any chance of sustaining in the years to come.

What do you think about the current state of the League of Legends ecosystem? Let us know by commenting below or tweeting us @GAMURScom.

Image credit goes to alvinlee. Check out more of his work here: http://alvinlee.deviantart.com/