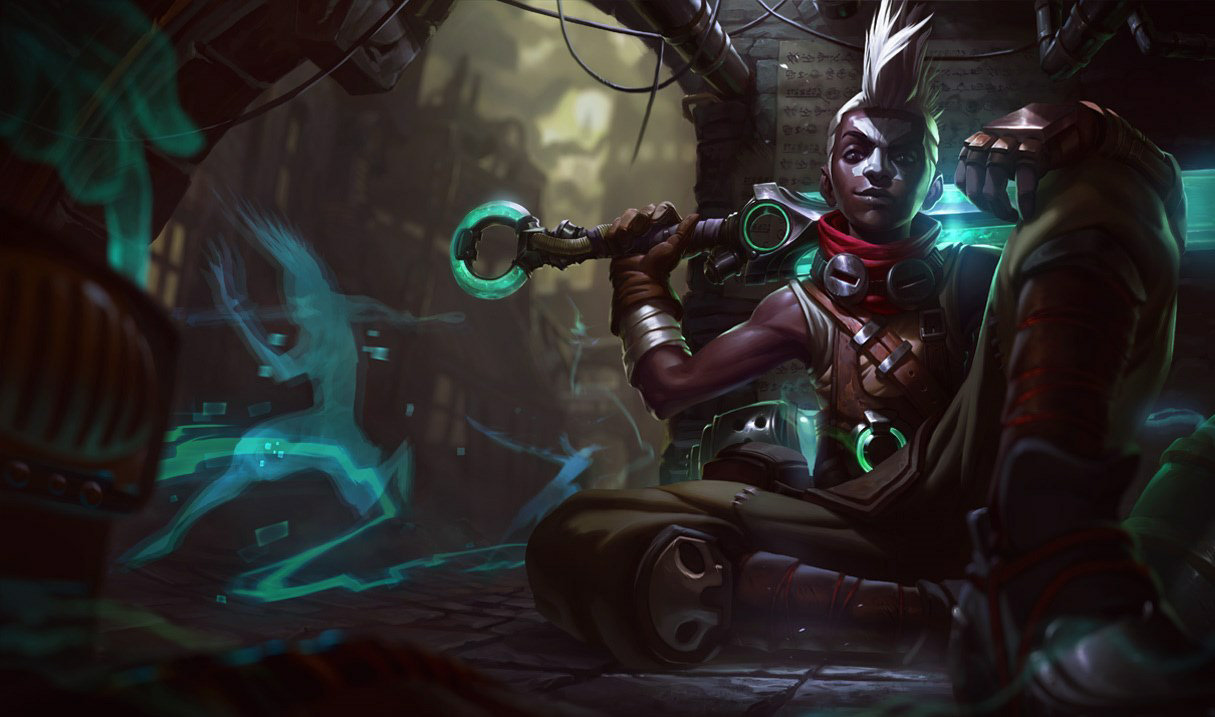 We’re only a week away from the release of Riot Games’ highly anticipated Netflix series Arcane, but fans have finally gotten another sneak peek at the story in the music video for the show’s theme song, “Enemy.” Viewers also caught several glimpses of a character that suggests Runeterra’s resident time traveler Ekko might be making a significant appearance in the series.

In the music video, a young Jinx is seen spending time with a mischievous boy with white hair who could be a young Ekko. They have multiple scenes together and are also shown making faces at the camera as good friends.

The lore behind Ekko says the boy was a genius inventor, even when he was young. During the video, the white-haired boy and Jinx are seen riding around on a makeshift motorized bike-like vehicle, which could be one of Ekko’s many creations before he acquired the Hextech Shard that allowed him to eventually build the Zero Drive.

Ekko also has multiple voice lines in various games that suggest he had a deeper friendship with Jinx. In League of Legends, his taunt toward an enemy Jinx is, “I had a crush… until you started talking to the gun.” In Legends of Runeterra, he reacts to an allied Jinx being summoned with the line, “man… I miss you so much,” while an enemy Jinx gets “Powder, I… nevermind.” Powder could’ve been his nickname for Jinx when they were still Zaunite Urchins.

He also has a handful of quotes toward Vi in LoR. When the Piltover Enforcer is summoned and says, “I’m doing this my way,” Ekko responds with, “just like the old days.” When Vi says her classic line of “Vi? Stands for violence,” the young innovator sadly says, “I remember when you stood for something important, Vi.”

It’s exciting to think of which other characters from League’s lore could appear in the show, especially with how many champions come from the regions of Zaun and Piltover. Arcane will premiere after the 2021 World Championship on Saturday, Nov. 6.