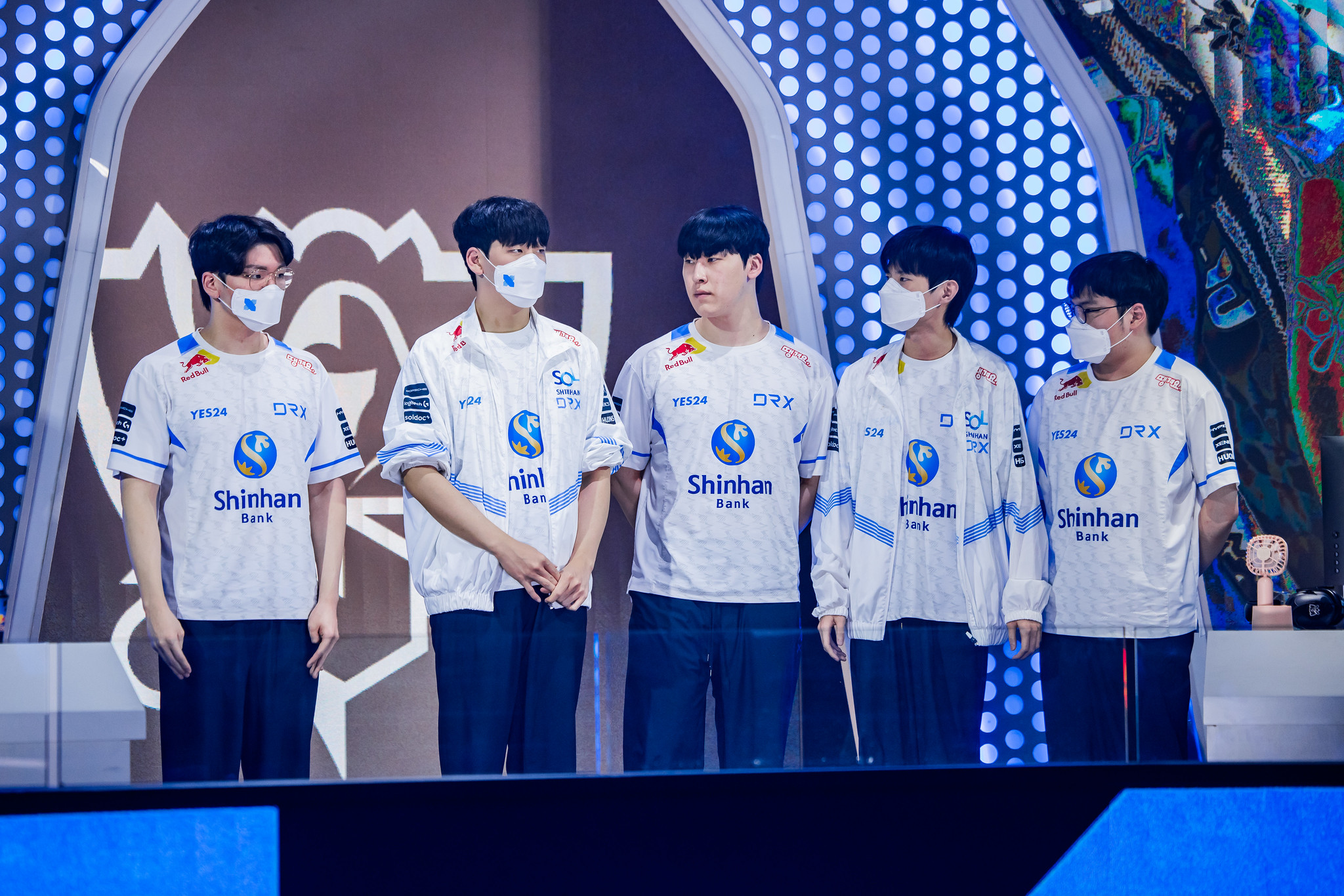 Oft-maligned and inconsistent in regular season play in the LCK, Korean fourth seed DRX are making the world forget their prior League sins with another win to cap off their undefeated run in the Worlds play-in stage and punch their ticket to groups.

MAD Lions came into the high-stakes Worlds affair with a very clear strategy: get Elyoya ahead on Bel’Veth. It was a high-risk, high-reward one, with top laner Armut’s Mordekaiser also making its Worlds debut.

One of the team’s best players, Elyoya welcomed the influx of early resources en route to getting his Bel’Veth ahead to an unstoppable scaling point.

Or at least, that was the plan. Early on, it worked great. Every move MAD Lions made early was on the risky but ultimately the better one, leaving DRX increasingly on the back foot and forced more and more to react instead of being the aggressors as favorites.

But, as all great League teams do, DRX held the line and kept the gold lead manageable enough for their superior play to shine through.

They did exactly that despite being down gold and an Ocean Soul with no drakes themselves as DRX won scrappy late-game teamfights on the back of play-ins MVP mid laner Zeka’s Sylas and support BeryL’s Yuumi.

The jungle matchup also reflected the general direction of the meta for the position. Carry junglers appear here and there, with Graves being the most popular option but often banned and therefore never seeing the open Rift, but tanky ganking junglers still remain the safer option. This will absolutely be a trend to watch in the coming games.

It also reinforced a perhaps disconcerting truth: Yuumi is still *really* strong in the right compositions. BeryL singlehandedly allowed Zeka to act with impunity in the win and turn the game on its head. Deft’s Sivir, another presumed relic of playoff metas past, was able to free fire from the backline, shredding through MAD’s short-range team composition with no real backline access.

MAD end the play-in group stage with a 3-2 record, only losing to the LPL and LCK squads. If RNG beat Saigon Buffalo to wrap up play in their group, then MAD will face the Vietnamese squad in a best-of-five on Monday for a shot at whoever comes out on top of the three-way tiebreaker in the other group.

The winner of that will qualify for Worlds 2022 groups.

DRX, meanwhile, land in Group C in the next phase of the tournament alongside LPL runners-up Top Esports, European champs Rogue, and Vietnam’s GAM Esports. They will square off against Rogue next, at 4pm CT on Oct. 8 in New York City.