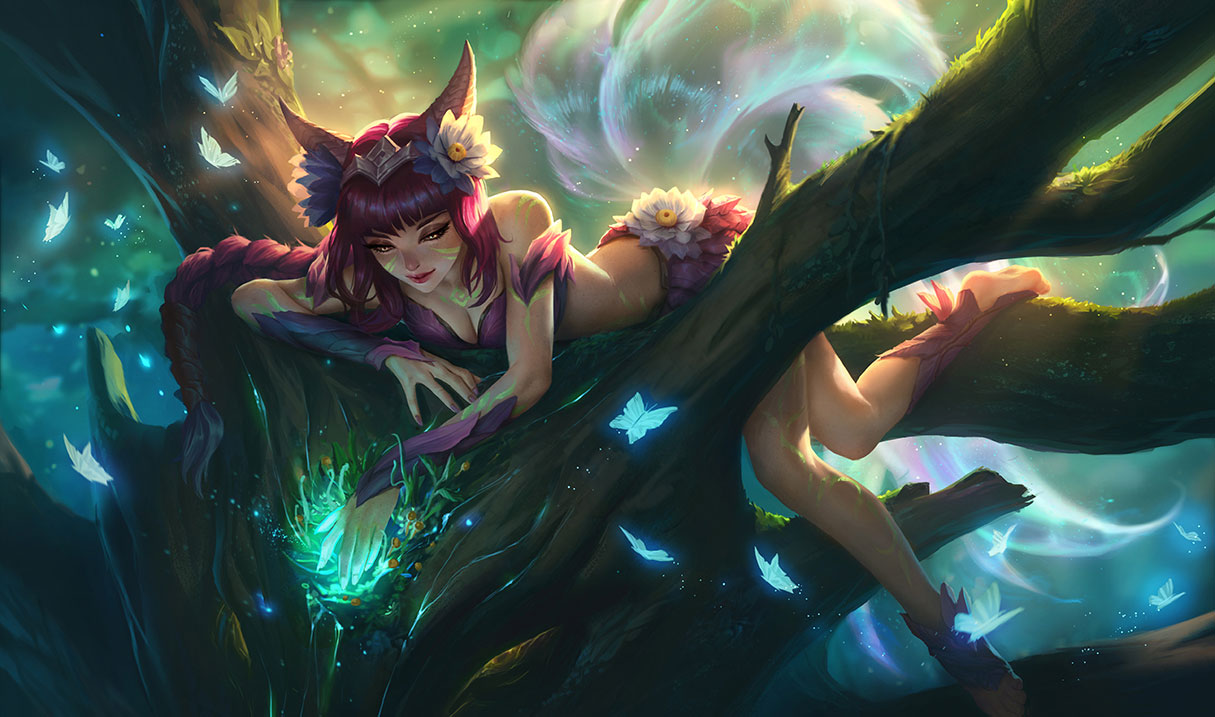 Riot Games is spoiling League of Legends fans. A whopping six new skins are hitting Summoner’s Rift in Patch 9.17 and will join the live servers later this week.

The Elderwood skin line is finally seeing some love after three years without a release. Ahri, Nocturne, and Veigar are all set to receive additions to the nature-themed skin line. The three new Elderwood skins take on a darker appearance but remain accented with the skin line’s characteristically-bright neon colors.

Infernal Shen, Galio, and Varus will also hit the Rift with the release of Patch 9.17. Each of the three champions have morphed into fiery versions of their former selves, contained only by a dark molten frame, and their ability effects resemble flames and embers.

The six new skins will cost 1,350 RP. Fans of the game will be able to pick up chromas for their favorite skins from the set for an additional purchase to further customize the looks.