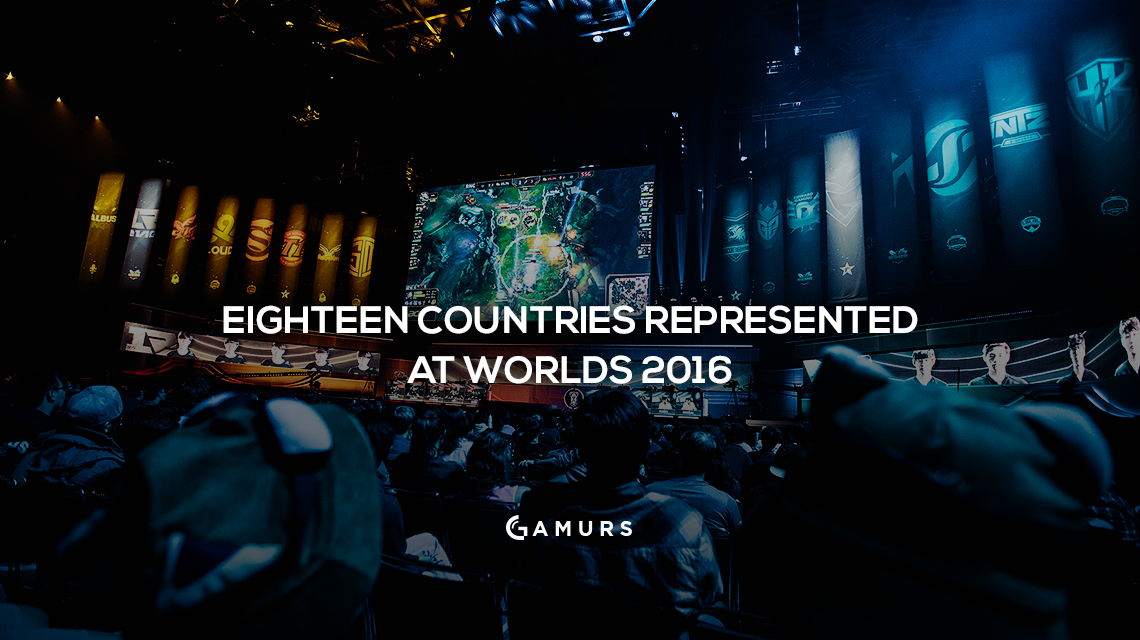 Of the six continents that are permanently inhabited by humans, four of them are represented by at least one person at this year’s Worlds event. The only two not being represented are Africa and Australia. Though the teams only represent seven regions, the players this year hail from eighteen different countries spanning around the globe, and they are all meeting in the United States to fight for the chance to raise the Summoner’s Cup.

South Korea has sent the most players to compete, with 25 people playing this year that call South Korea home. The countries with the second most representatives is Taiwan, which sent ten. Denmark and China are both tied at eight citizens sent to the tournament.

Another notable country is the host nation, the United States of America, which sent six players. Brazil’s five players will all be wearing INTZ jerseys this event. Ukraine (three players) beat out Canada (two players) to be the sixth most represented country.

Quite a few countries sent just one player, including Croatia, France and Greece. The micro-nation of Hong Kong sent two players. Also on the list of countries represented by one player are Romania, Spain, Slovenia and Poland.

You can a chart that breaks down each of the countries and how many players they sent to the tournament on the LoL.esportswikis.com page dedicated to it.

What do you think of Worlds so far? Is there a specific player that you are rooting for? Let us know in the comments below or tweet us @GAMURScom.