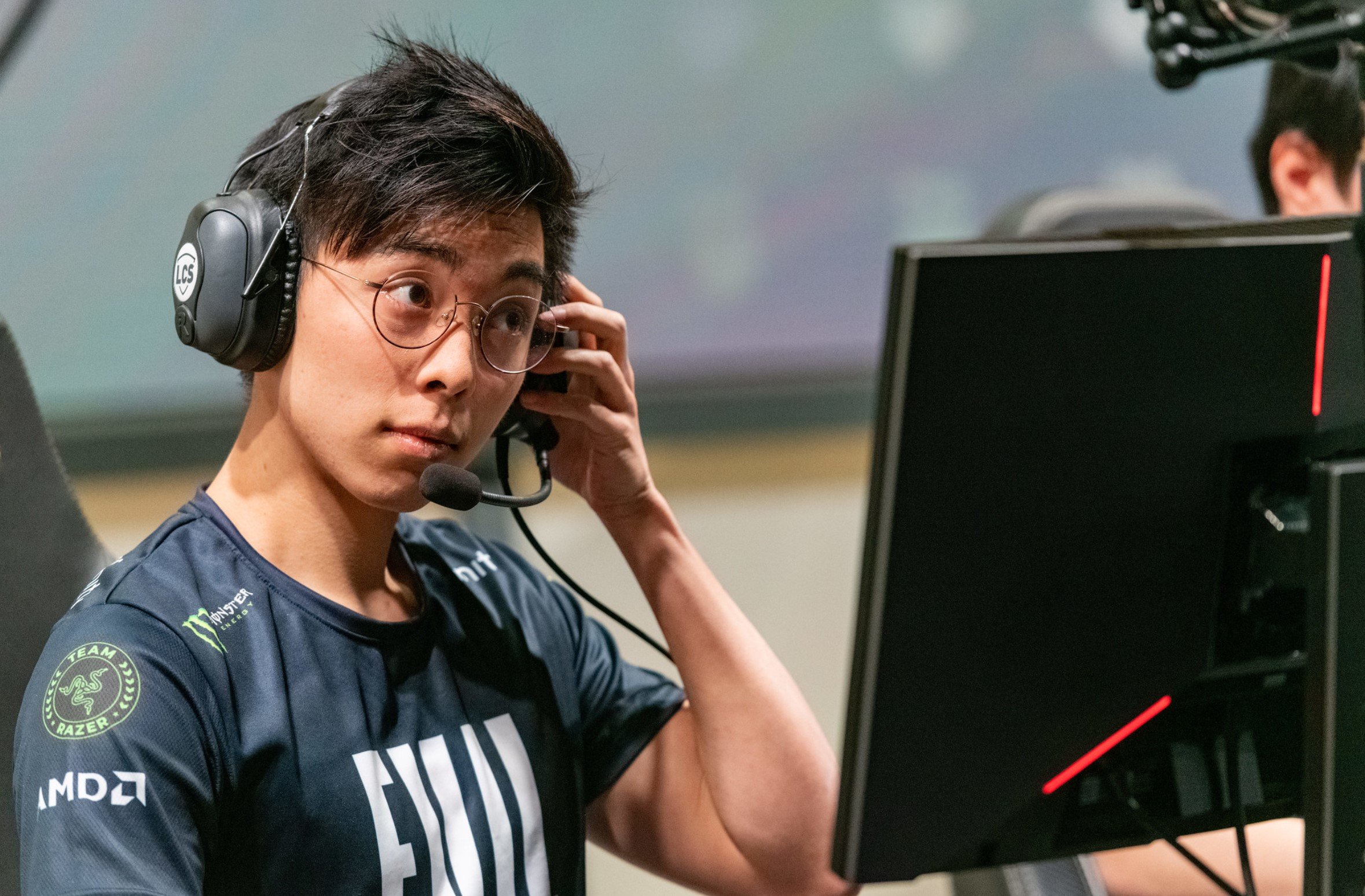 With three years of LCS experience under his belt, Deftly is too familiar of a face to be considered a “rising star.” And at 23 years old, he’s already got some tenure under his belt when compared to the league’s younger rookies and sophomore players.

The LCS is transitioning into an age where the “old guard” of players is being left behind and room for innovative, fresh-faced talent is being made. Names like Tactical, Spica, and FBI dominated preseason discussions and should be expected to continue doing so as 2021 goes on.

A player like Deftly, however, who’s been around long enough to no longer be considered a “young player” but still doesn’t have enough stage experience to be considered a well-seasoned veteran, is left middling around in the “no man’s land” section of the LCS’ talent pool. Nonetheless, he’s ready to define himself in 2021.

“I put a lot of pressure on myself to be the best I can be. [Evil Geniuses] is filled with very talented individuals and I think there’s a lot on my shoulders,” Deftly told Dot Esports after the LCS Lock In group stage. “Deep down, I don’t want to let my teammates down. That’s why I work hard every day and try my best to improve as much as I can—so I can keep up with them.”

And to an extent, Deftly’s critique of himself does check out. When compared to EG’s sea of talent, it’s easy for fans to question Deftly’s place alongside some of his more accomplished teammates. With a 2013 League of Legends world champion in Impact, a 2019 LCS MVP in Svenskeren, and two former top-notch LEC players in Jiizuke and IgNar surrounding Deftly on the 2021 EG roster, it shouldn’t be much of a surprise as to why Deftly might feel pressured to play up to the standard set by his teammates.

“I definitely have a lot to prove,” Deftly said. “Previously, in the times I did play in the LCS, I didn’t have much confidence in myself, and on top of that, I feel like I didn’t play on the greatest of teams.” Since making his LCS debut in 2018, Deftly has played for three organizations, spending time in the Academy League for all three: Golden Guardians, Cloud9, and, most recently, EG.

The impact that performance has on confidence is direct, especially in a sphere that’s as self-contained as esports. When a player finds themselves in a situation where their confidence is lacking, it will often drastically decrease the general performance level of that player and the people around them. Furthermore, when a team fails to perform well, confidence and morale are sure to plummet.

After spending the first three years of his career in LCS purgatory, consistently being bounced between the LCS stage and the Academy scene, it should be quite obvious as to why Deftly’s confidence level might have been shaken up. But there’s still good reason to believe that Deftly is making the necessary changes that can finally solidify his place as a North American mainstay.

Through two weeks of play at the LCS Lock In tournament, Deftly stands among the top two ADCs in the region when it comes to KDA and kill participation while topping the league in kills per game, according to League stats site gol.gg. Through his first six games in 2021, Deftly is already showing off the improvements he made while taking a backseat in the Academy scene in 2020.

“[Those seasons] just left me with a lot that I wanted to change,” Deftly said about his performances in 2018 and 2019. “And going into this year, I feel like I’ve made leaps and bounds of improvement that not many people have seen.”

And of course, it should be no surprise that not many people were able to take notice of Deftly’s progression during the course of the 2020 Academy season. By being thrust out of the spotlight and forced to play behind a big-name player such as Bang, Deftly had all the time in the world (and none of the added pressure of the LCS stage) to focus on his own game and subtly improve.

Very quietly, Deftly posted a KDA of 4.6, a KP of 70.8 percent, and a DPM of 600 in the Academy League last summer—marks that were all strong enough to rank among the top two ADCs in the entire league, according to gol.gg. Now, as he brings similar, if not better, numbers into the LCS, Deftly is proving that time spent in Academy actually does transition into LCS success.

And now, Deftly has all the tools around him that he needs to find success on the LCS stage. In stark contrast to many of the other rosters that he’s been a part of on a full-time basis—whether it was in the LCS or Academy League—this iteration of EG has immensely talented and proven players with incredibly high skill ceilings at all five positions.

Deftly has never had this many supporting characters around him on an LCS roster. He’s already pulling his own weight and then some on EG, but he has a slew of talent around him too. And finally, he no longer has to play backup behind players like Sneaky or Bang. Compared to the last time he had a full-time position as a starting ADC with Golden Guardians in 2018, Deftly is a well-developed player with a stacked roster around him to boot.

“What’s really important is that we don’t get complacent, and none of us are,” Deftly said of his EG teammates. “We’re all really diligent when it comes to improving and taking feedback from the coaches, as well as each other.”

This constant desire to improve is exactly what landed Deftly in this position to begin with. Perhaps now, the pieces are in motion for him to find sustainable success and rise to the top of the ADC position—even though there might be more talented competition at the role than ever before. Although Deftly is sticking his neck out as one of the early contenders for the title of “best North American ADC,” it’s only a matter of time until players such as Zven, Tactical, and FBI all throw their hats into the ring right alongside him.

But competition is always going to be a factor once a starting spot is earned. And maybe the circumstance surrounding that starting role is what makes 2021 so different for Deftly. After playing second fiddle for so long, he’s finally done everything in his power to earn a solidified spot on the main stage. While he might not have the same level of spunk and weight to his name as some of the younger players in the LCS, he does share a few common factors with the league’s most promising rookies as he enters the 2021 season: a clean slate and a chance to really introduce himself to the North American scene.