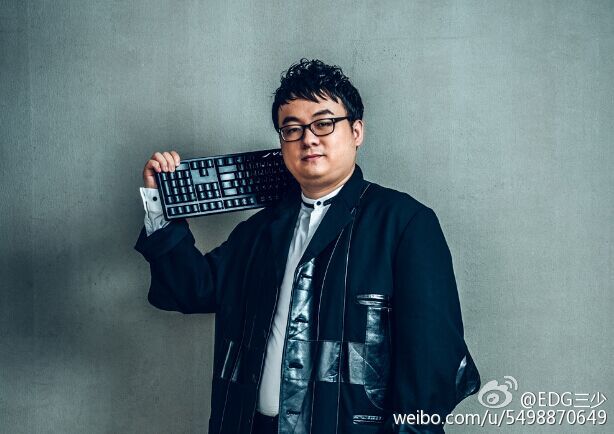 Match day. This is our second time attending Worlds. If we were considered novices last year, then you can say that we are now experienced veterans coming into the tournament. Today there’s no time for sunshine or birds chirping. After we woke up, everyone headed straight to the venue. Our meals were prepared beforehand, but the usual chatter was missing. As the games were about to begin, the atmosphere within the dining hall was especially quiet. Perhaps they were worried that a team would have someone fluent in 36 languages who’d be able to steal their strategies if they spoke.

Well, experienced veterans do have their own strengths. After quickly finishing his own meal, a certain player calmly retreated into a hidden corner where he pulled out two kiwi fruits. Seemingly out of nowhere, he conjured up a fruit knife and began skilfully cutting the fruit. As the scent of the Kiwi fruit began to fill the air, Meiko, who was sitting in the corner, said: “Love(Fire)loli, the kiwi fruit tastes bad right?” While stuffing half of the kiwi fruit in his mouth, Fireloli replied: “Kid, you know nothing… This kiwi fruit’s incredibly sweet!”

AmazingJ, who looked like he wanted some too, slowly walked over and said: “Sigh… I’ve been here for a few days but I could never find out where they put the kiwi fruits.” “I’ll let you have some! I’ll let you have some!” Fireloli said cooly. As he was saying it, his hands were already moving. All I saw was that he was holding the knife in his right hand. He adjusted his grip to his thumb and index finger. Without looking, he flicked his wrist twice and sliced the whole kiwi fruit into four pieces. I was shocked. What amazing skill with the knife. Sure there are many different kiwi-cutting styles passed down from generation to generation but nothing like this. The smooth cut and natural finish is not something you see every day. AmazingJ hurried over and instantly gobbled a piece. “Sweet! It’s so sweet!” The experienced veteran could not help but feel satisfied at his work.

The opening ceremony’s about to begin and we’re about to step on stage. Once again, I realised why I’ve always loved the western venues. I’m not sure exactly why, but I really enjoy the atmosphere. It makes you feel like you’re intoxicated.

I enjoy seeing the fans let loose and cheer for the teams that they love. The scene of the crowd, fans unable to hold back their excitement, screaming and yelling for their heroes on the stage.

Whenever FNC stole a Blue Buff, took a turret, or got a kill, the crowd would go wild. Today, there was an unforgettable moment that made me feel incredibly proud. The crowd began applauding Meiko’s incredible Thresh mechanics. Soon, the applause turned into chants of Meiko’s name: “Meiko! Meiko! Meiko!” This shy kid, with his amazing performance, won the hearts of the audience.

Today, at the other end of the stage, there was a group of fans that constantly cheered: “EDG! EDG! EDG!” Their resonant cheers could be heard throughout the entire Dock Pullman.

I suddenly felt that even I was a bit taller and stronger. Even in far-away Europe, there are fans cheering for us. Last night, two fans found us back stage and gifted us a box of their precious instant noodles. The reason I’m mentioning this is because that box of noodles has already been completely finished today. We feel blessed that we’re still receiving your support even though we’re so far away from home.

Today we were very lucky and were able to win our first match. We also debuted our new uniforms. Does it looks good?

The real battle has yet to begin. Let’s wait and see!