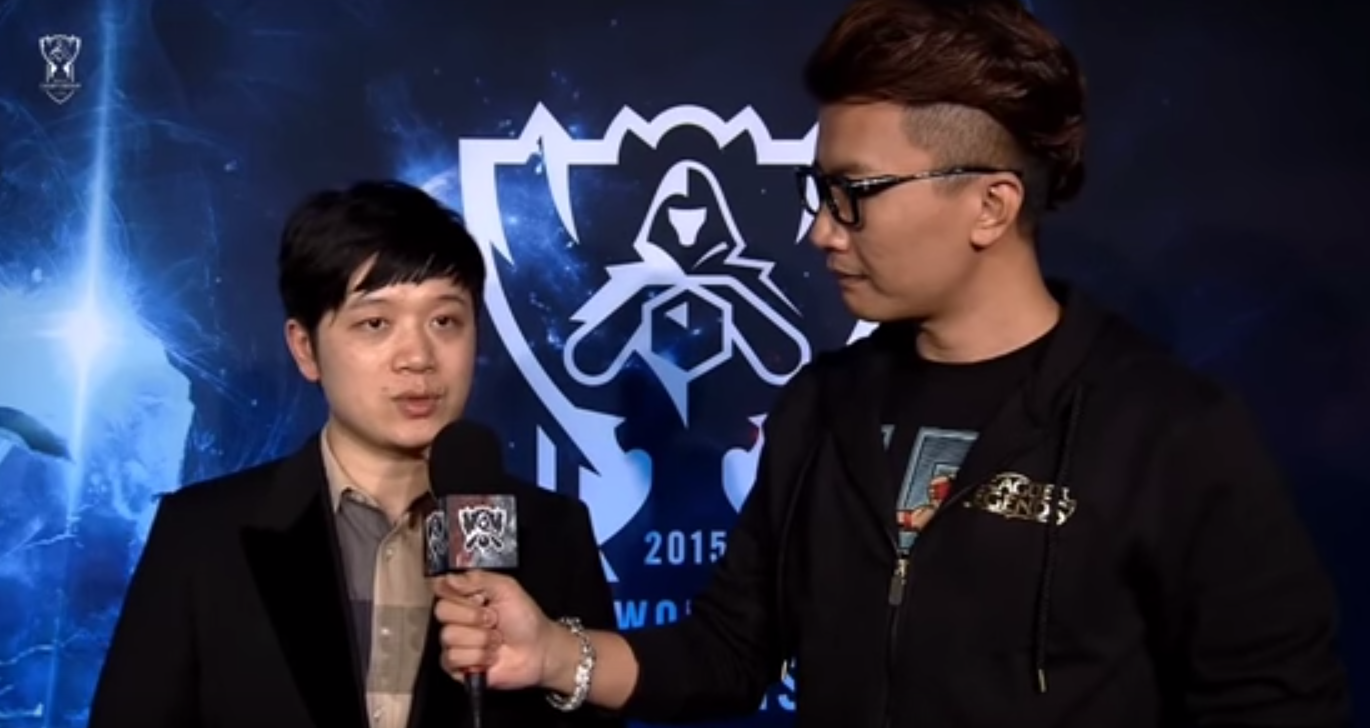 Let’s talk a little bit about the Titans.

Aaron: So they’re a wildcard team, and after they qualified, they spent a lot of time learning and improving, so we still spent a lot of effort and concentration in preparing against them.

So there was a moment where their top laner chose Maokai, and made an attempt to gank mid lane–but that ended up failing because he accidentally clicked onto a minion. You were smiling then. What were you thinking at that time?

Aaron: For this kind of team, this strategy happens quite a lot. Their mid laner is one of their stronger players, and their jungle and support will go out of their way to try and catch people out. Especially when there’s a lane swap. For them to come gank mid is very common.

EDG’s bot lane managed to get a really early advantage. When Deft got 4 kills, did you think this game might be over?

Aaron: Yes, I did have that thought at the back of my mind–but I still wanted to see how things would play out later on.

SKT played H2k today and both teams looked pretty strong from what we’ve seen. How do you think you stand against those teams?

Aaron: During the first day here, our players had a pretty big problem with the jet lag, and they weren’t that strong. But we managed to recover pretty well on the second and third day. We don’t have big problems with communication, and our strategies were working out okay too. The biggest problem is probably our players’ sickness (ie: Pawn’s back injury, Deft’s fever). It seems outside of Clearlove, everyone has been getting pretty sick.

So how are Pawn and Deft right now (in regards to their medical ailments)?

Aaron: Pawn’s injury was pretty serious–but he’s so persistent, and he’ll play really late every night. He wasn’t satisfied with his performance on our first day here, and he practiced by himself until 2am. Deft is also trying to adjust himself. Right now, we have a lot of players who are sick. The weather has also been really dry in Paris, and we’re not used to it. But all of our players have been working hard to adapt to everything.