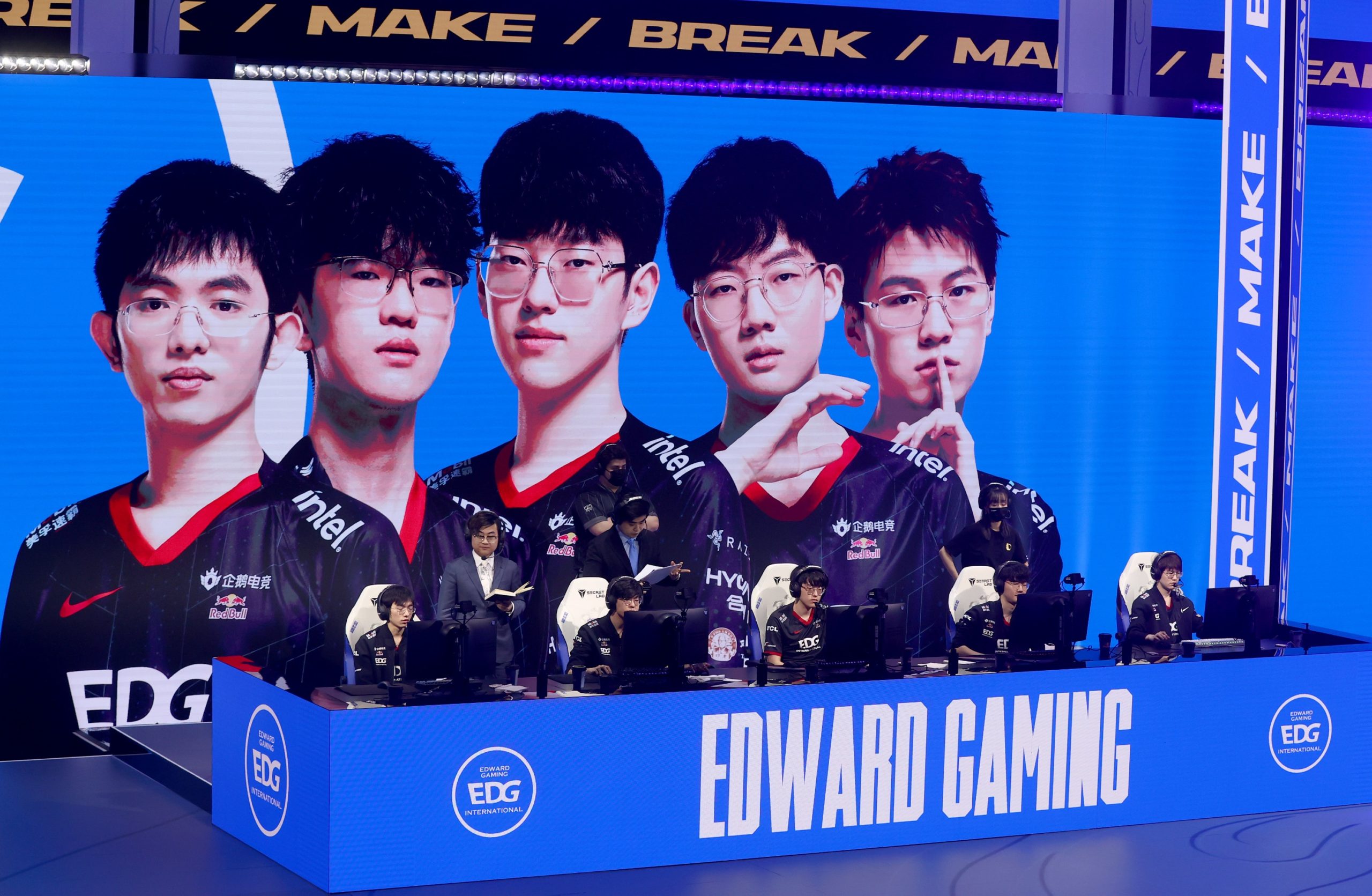 Archrivals EDward Gaming and Royal Never Give Up went head-to-head today to determine which one of them would become the LPL’s third seed for the 2022 League of Legends World Championship.

At first, it looked like RNG were going to pull off a clean sweep. But the defending world champions did not surrender and mounted an incredible comeback to reverse sweep RNG and win the series 3-2.

RNG came prepared for today’s series. In game one, Breathe’s Jax and Xiaohu’s Taliyah shut down their counterparts, making it harder for EDG to make plays across the map.

Both RNG laners were successful in flanking the enemy team in skirmishes multiple times. These plays gave RNG an advantage, which ultimately won them the game.

Breathe and Xiaohu continued their domination in game two. These two RNG laners performed brilliantly in teamfights, especially in the mid game. With their Zeri popping off in the late game, RNG snowballed and took the game away from EDG. The back-to-back wins allowed RNG to reach match point.

But the 2020 world champions could not be simply written off. In game three, it was Flandre’s Gragas pick that helped EDG turn their fortunes around. His perfectly timed Explosive Cask helped the team to either zone out the opponents or pick off an out-of-position enemy champion.

His plays became the foundation that helped EDG make a comeback and get their first win of the series.

By now, EDG had found out that flanking the grouped-up five-man RNG team gave them a better chance of winning teamfights. We saw Flandre and Scout executing this strategy multiple times in game four. These plays helped EDG bounce back from a massive gold deficit and win the game, forcing a Silver Scrapes scenario to determine the ultimate winner.

In the last game of the series, EDG completely dominated RNG. They outplayed their opponents with perfect engages and ambushes. EDG’s champions did not die even once throughout the game and the team secured the victory in 31 minutes.

With this win, EDG successfully executed a reverse sweep in this series to become the LPL third seed at Worlds 2022.

RNG, on the other hand, still have a chance to make it to Worlds. They need to defeat the winner between Victory Five and LNG Esports on Sept. 4 to become the LPL’s fourth seed in the tournament.