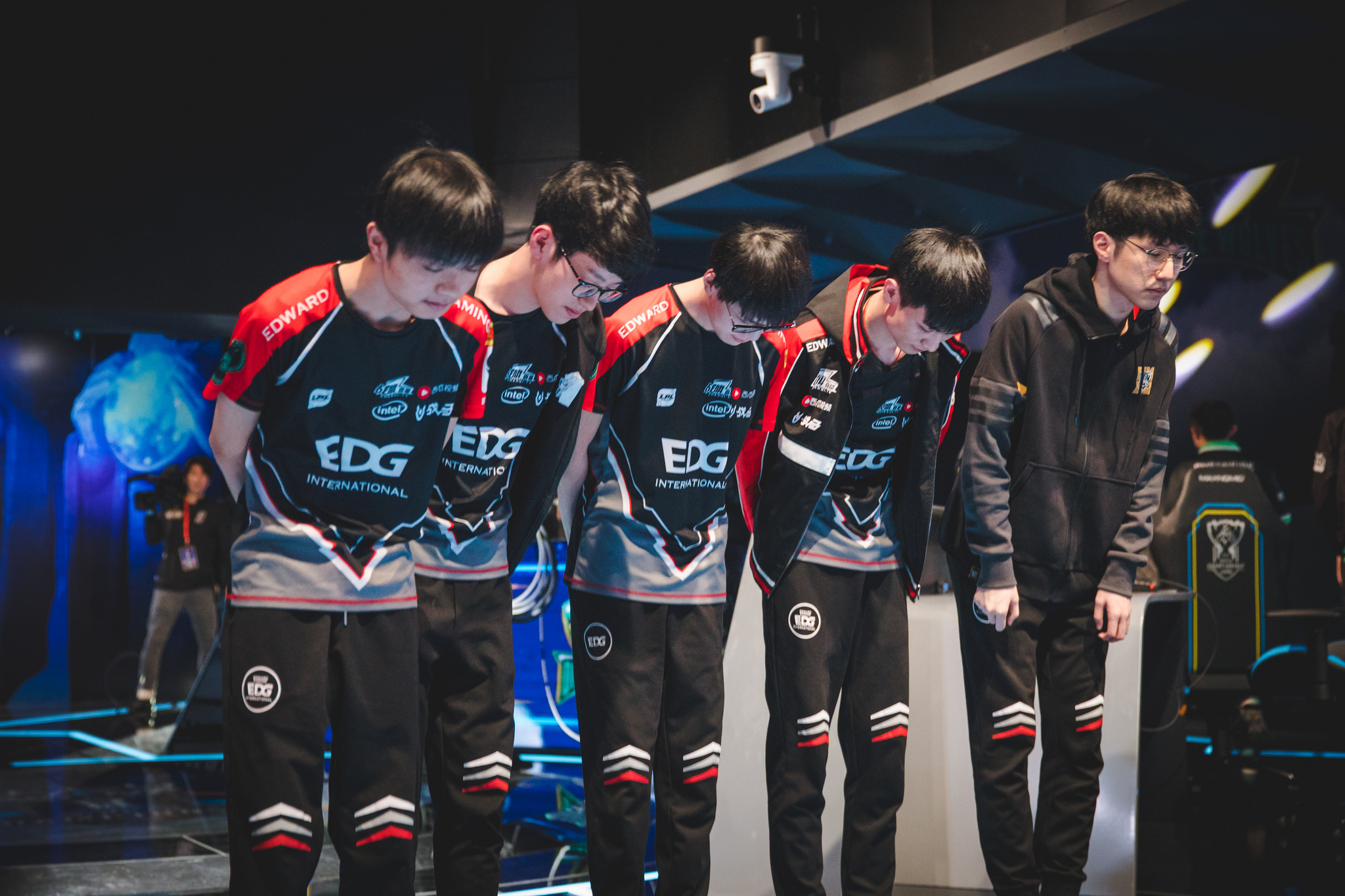 China’s Edward Gaming became the second team at the 2018 League of Legends World Championship to advance to the main event today by dismantling DetonatioN FocusMe in the play-in stage finals.

After watching the absolutely-gruesome game between Cloud9 and Gambit Esports earlier today in which neither team played well, seeing EDG step up to prove that they belong in groups was a breath of fresh air. Well, unless you’re a DFM fan. Then you’re probably not terribly pleased with the outcome of the series.

Gambit and C9 struggled to win games against one another, stretching their series to all five games. But EDG ended this series against DFM in three short and bloody games.

They moved around the map with proactivity and finesse, and they navigated big, clustered fights with ease. DFM were one of the most competent teams of the play-in stage, and EDG tossed them aside with ease. Whichever pool gets them in the group stage next week definitely has good reason to be a little nervous.

The clear top-five at the tournament of RNG, Invictus, Afreeca, Gen.G, and kt Rolster may not be too impressed just yet, but some of the less-noteworthy teams like Team Liquid, 100 Thieves, Vitality, Fnatic, and the Flash Wolves could definitely be given a run for their money. In fact, after this dominating display, we’d wager that EDG are already better than most of those teams. It’s difficult to weigh EDG’s talent, though, especially considering their competition in the play-ins was extremely lacking, but they at least have momentum on their side.

The group stage kicks off this coming Wednesday at 3am CT.