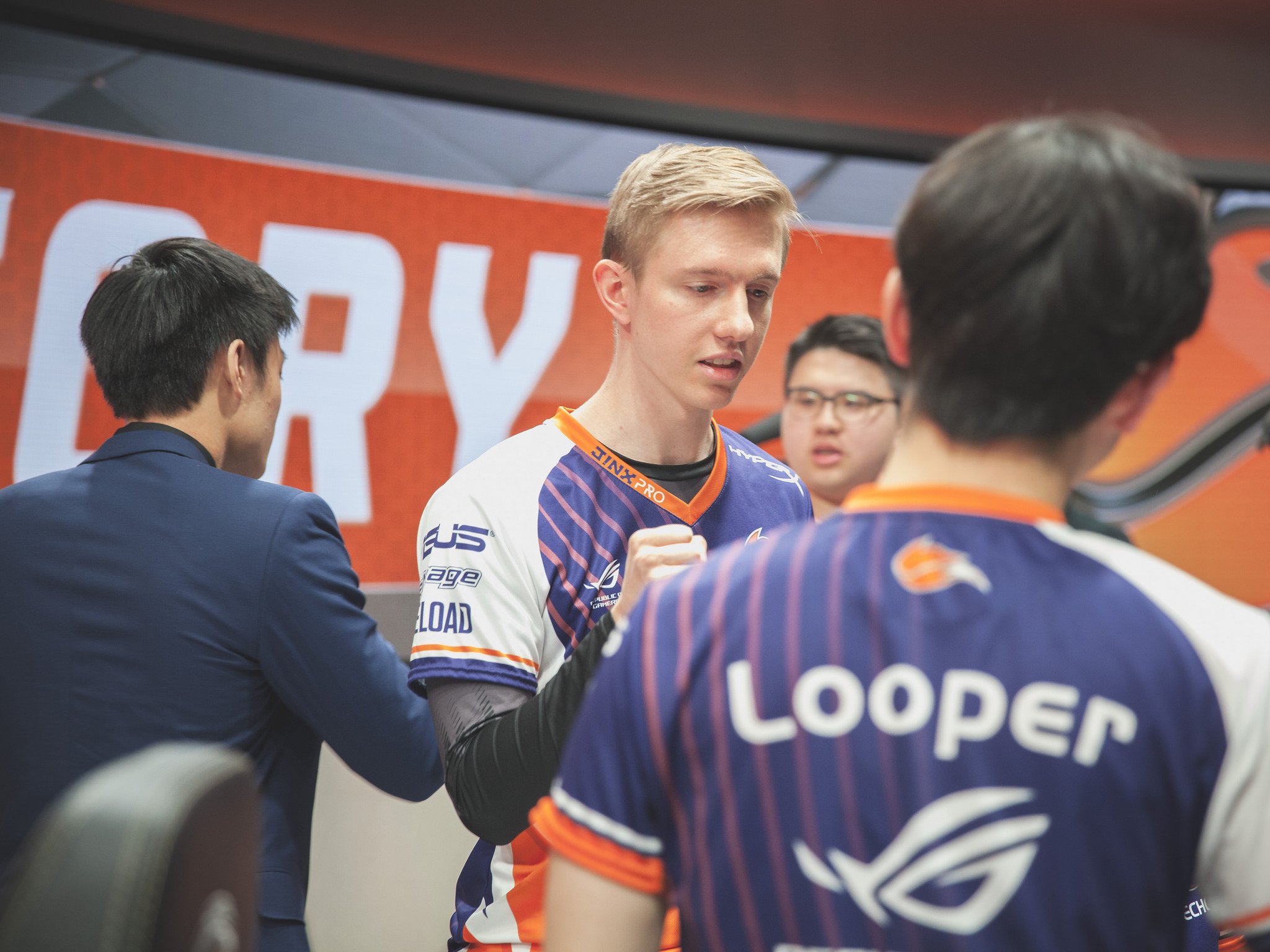 Since being bought by Rick Fox before Season 6, Echo Fox has been rooted to the foot of the North American LCS table. Despite being captained by one of the game’s all-time greats, mid laner Henrik “Froggen” Hansen, they have been unable to unseat the top NA teams for a year.

But on Sunday, they upset the TSM dynasty.

They did it with all five team members contributing, something that has been lacking for the last year. Even earlier this split, when they would find big leads, they would just as often give it all back by throwing it in the mid game.

So when Echo Fox went up big in game one, we waited for TSM to come back. After star rookie jungler Matthew “Akaadian” Higginbotham got another First Blood, adding to his already league-leading total, Echo Fox were able to snowball things by getting good play from the side lanes.

The duo lane found a two-vs-two kill while top laner Jang “Looper” Hyeong-seok made life difficult for TSM by cutting of wave after wave of minions on Singed. He completely controlled the TSM top side jungle while the rest of the team grouped for objectives on the bot side. When it came time to fights, Echo Fox were able to back up Looper’s dives, layering in their damage perfectly and stomping to a victory.

TSM has been in this situation before and came back strong in game two by getting Jason “WildTurtle” Tran going. They made plays off Echo Fox miscues with WildTurtle picking up three early kills. In the process, he broke the all-time NA LCS kill record, previously held by his predecessor, Yiliang “Doublelift” Peng.

But from there, Echo Fox simply played the map better, getting Akaadian fed again off stronger rotations. It was interesting to see this team, which has struggled with communication all split, put a mid game strategy together piece by piece. TSM’s devotion to the mid lane eventually got them a turret there but Echo Fox picked up kills and turrets all over the map. All this despite TSM having mobility advantages in the jungle (Lee Sin) and top lane (Shen).

On a day of Baron throws, the coup de grâce was a completely free Baron that Echo Fox won. TSM showed a complete lack of initiative until it was too late. Echo Fox ADC Yuri “Keith” Jew zoned them off objective after objective with the Jhin ult while also picking up opportune kills from long range. A second Baron went to Echo Fox on a smite fight won by Akaadian and with it went TSM’s base.

After surviving two relegation scenarios last year, Echo Fox are now 4-4 and slowly climbing the standings, sitting in fifth place. That would be good for a playoff seed if they maintain it—and if they continue to improve, this could be a dangerous team at playoff time.