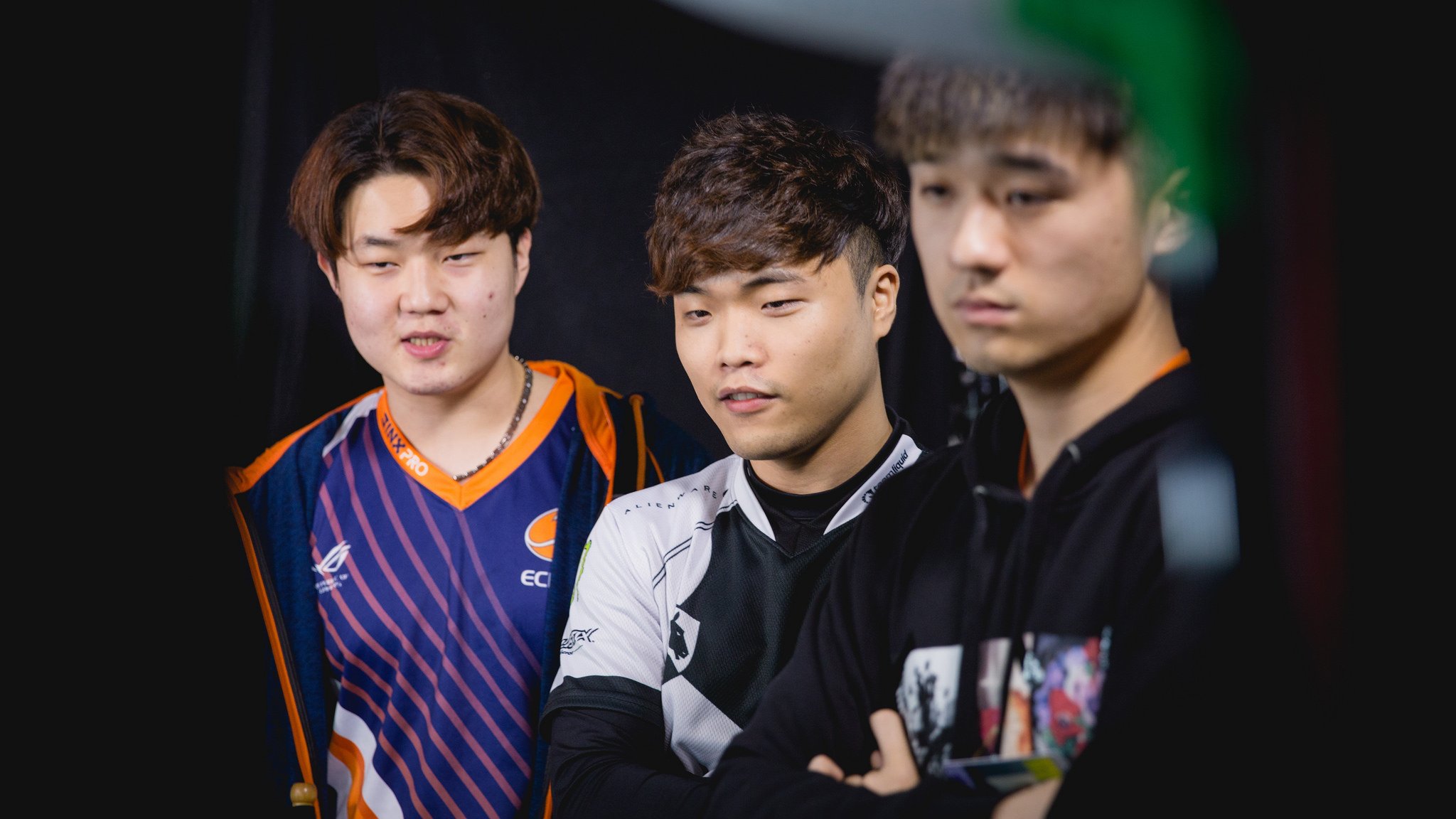 Echo Fox were the first-place team in the NA LCS for most of the 2018 Spring Split. They had the best top laner in Heo “Huni” Seung-hoon. They had a jungler in Joshua “Dardoch” Hartnett who looked to have overcome his personality issues to become one of the region’s best. And they had solid players at the other three spots.

But then, following a confusing loss to the last-place Golden Guardians, the wheels came off a bit, and other teams started making noise. One of those teams was Team Liquid, who have used a relentless cross-mapping macro strategy to amp up the pressure on their opponents. That was on full display last week in Liquid’s dominating victory over Cloud9.

Despite Echo Fox being the higher seed, it feels like they’re the underdog in this matchup. What will it take for them to prove they belong on top?

The bot lane has to step up

The biggest criticism of Echo Fox recently has been the bot lane of ADC Johnny “Altec” Ru and support Adrian Ma. As the meta has shifted to favor ADCs that can carry, Altec hasn’t shown up to snuff compared to his NA LCS peers.

But a closer look reveals that it’s not all Altec’s fault. Echo Fox are loathe to invest resources into the bot lane, and they often have to fend for themselves against teams that target the duo. Echo Fox also love to fight, and often do so before their bot lane is in position to help. The blame for that must be shared among all five players.

Any problems will be compounded against Liquid. After a season of ups and downs, highlighted by a hilarious interview from both players, the Liquid duo of ADC Yiliang “Doublelift” Keng and Kim “Olleh”Joo-sung have gotten stronger lately. Olleh has settled in on champs like Tahm Kench and Morgana, and Doublelift has figured out what to do when Olleh is roaming and looking for plays.

On paper, this is a big mismatch between Doublelift and Altec. Echo Fox better have something special cooked up for their ADC or their playoff trip could be much quicker than they’d like.

Cruising for a bruising

The other option that Echo Fox have is to put all their chips on Huni. For the most part this split, he’s delivered, even when bruisers and splitpushers weren’t in the meta.

But as G2’s victory today over Splyce showed, teams can successfully splitpush to victories in the playoffs. Bruisers like Camile and Fiora have effective playoff picks, and Swain in any lane is totally broken. All these champions suit Huni’s aggressive, in-your-face playstyle.

But just like in the duo lane, Team Liquid aren’t going to take a beating without fighting back. Their own top laner, Jeong “Impact” Eon-yeong, has made a career out of playing tanks and stopping splitpushers in their tracks. This will be an extremely fun matchup between former SK Telecom T1 top laners. Impact has the bragging rights—he actually won a title with SKT, while Huni fell short in last year’s finals. But if Huni wins this matchup, he’ll prove he’s by far the most dominant top laner in the region.

A lot can happen when these two teams meet tomorrow, and we’re excited for the match to start at 5pm ET.