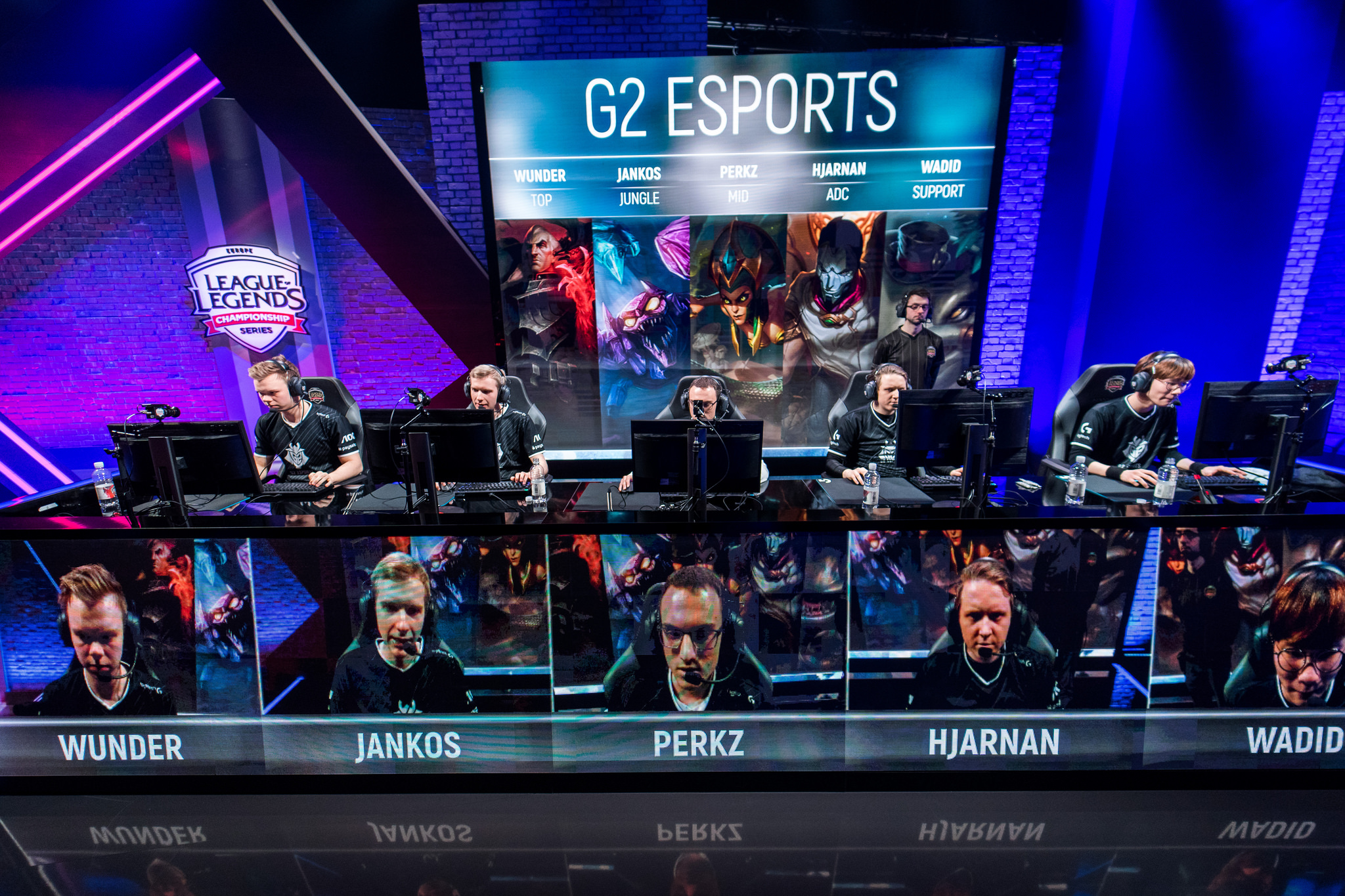 A hush fell over the EU LCS Berlin studio as the semifinals between G2 and Splyce wound to a close. G2 had just taken Baron, perhaps the last one we’d see in the series, and a feeling of inevitability set in.

In three straight games, Splyce failed to find an adequate solution to G2’s ability to split the map apart. G2 top laner Martin “Wunder” Hansen was putting the final touches on a masterful performance, pushing in the last few minions in the side lanes that would guarantee his team’s victory.

In a battle of contrasting styles, G2 proved to be the ultimate victors, winning the series 3-1 to get back into the EU LCS finals for the fifth consecutive time.

Splyce showed up at the beginning

G2’s dynastic run over the past three seasons has been built on dominant playoff performances. But they always seem to have that one game where they stumble a bit and fall short. In this series, that happened in the very first game.

Contrary to the scouting reports that had G2 jungler Marcin “Jankos” Jankowski as the more aggressive early-game player, Splyce’s Andre “Xerxe” Dragomir showed up in a big way early in the first game. He pushed Jankos out of his jungle before picking up first blood on G2 mid laner Luka “Perkz” Perković.

Splyce used a superior teamfighting comp to punish a G2 team that had no true tank. A combination of speed boosts from Sivir and Sion, paired with strong frontliners in Trundle and Sion, meant that Splyce could just run at G2 whenever they wanted.

Splyce gave up some kills, but ended the game with a victory.

G2 get back to basics

The game one loss once again exposed several flaws with G2’s late game that we’ve explored in-depth. They can be too eager to fight for objectives, instead of patiently letting their lanes push. And they only look comfortable closing with a splitpusher.

Both problems were rectified in the draft of game two. First, they grabbed Swain, a stupidly overpowered champion. Riot Games decided that Swain needed round after round of buffs following his recent rework, and that has made him a beast. Just like tank Galio last year, Swain can’t be killed and yet puts out an insane amount of damage.

Wunder showed his preparation on the champion by bullying Splyce top laner Andrei “Odoamne” Pascu. But he wasn’t alone. All three lanes won for G2, putting Splyce in an impossible scenario. Splitpushing seemed to be the jolt Wunder needed to get going.

In the last two games of the series, Splyce had no answer for Jankos’ early-game pressure and Wunder’s ability to splitpush, even with his jungler concentrating on other lanes. After losing game three, they went back to what worked last week against ROCCAT and picked Camille, a versatile splitpusher for Odoamne.

But Wunder calmly locked in Fiora, one of the most devastating bruisers in the game. And while he didn’t finish with a great scoreline, Wunder had total lane control for much of the game. In a reversal of their game one fumble, G2 were patient this time, giving him room to split and only taking objectives when they were completely free.

Splyce chased Wunder all around the map trying to stop him, which only helped G2’s objective control. Even when Wunder did go down, G2 were often getting something more important. Wunder split Splyce apart, and eventually their base fell in a whisper.

With this victory, G2 will move on to the finals in Copenhagen next week. There, Wunder will play in front of his home country fans and try to prove that he has the goods to carry G2 to a fifth-straight title. If he plays like he did today, that won’t be a problem at all.