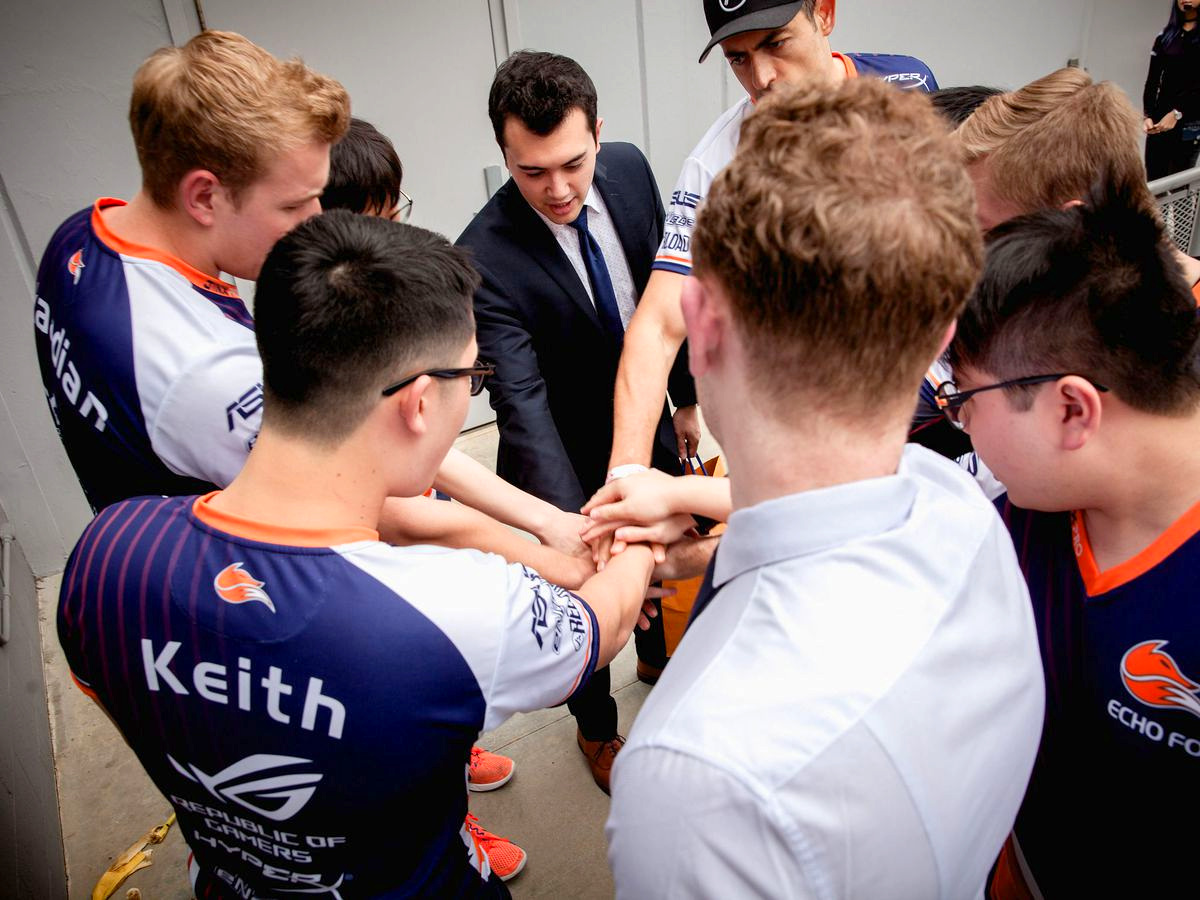 In just the past week, Echo Fox has become the talk of the LCS.

The team announced a high-flying Challenger Series team on Friday that includes some of the most popular League streamers on Twitch: Michael “Imaqtpie” Santana, Marcus “Dyrus” Hill, William “scarra” Li, Danny “Shiphtur” Le, and Joedat “Voyboy” Esfahani. That move makes a ton of business sense and the players can rival many LCS teams in popularity and skill.

Echo Fox’s main LCS squad, meanwhile is finally finding its groove, going undefeated in games in the first weekend of play to sit atop the standings for the first time. Sure, one of those victories was over a reeling Liquid squad, but the other came against FlyQuest, a semifinal team from spring.

With so much news and hype surrounding the organization, something else the team team had up its sleeves went under the radar: beginning this split, the LCS team will only scrim the Challenger squad.

Typically, LCS teams scrim each other in the days leading up to competition. It’s a way to learn the meta, practice five vs. five team play, and get used to playing under pressure. Echo Fox has had issues securing scrims in the past, which may be part of the motivation to move away from the typical model. But there’s more to it than that.

The very idea of practicing against the competition makes no sense. All teams hold back from the scrims, trying to keep secret pocket strategies and picks. In the best case, even talented coaching staffs and players don’t tend to learn much. In the worst, it can give people a false sense of confidence. For much of 2016, Immortals romped through scrims regardless of team comps. But come playoff time, they found out that they had severely misread the meta as a result of their scrim results.

The other reasons that scrims are inefficient is that the tournament realm simply isn’t set up for situation practice. Teams load into fresh games, starting just like they would on stage, instead of practicing specific situations, like how to siege, or how to fight from a gold disadvantage.

Playing in-house practices solves these problems. Teams can practice strategies fully without fear that they will leak to competitors. Without a more advanced practice tool, they can set up specific situations to practice over and over—you can try to secure Baron vision and do the dance again and again until you get it right. That this is a much needed change was tacitly acknowledge by Riot, which announced recently that next year, all teams will be required to maintain Challenger squads.

The fact that Echo Fox is doing this with a Challenger squad full of ex-LCS pros is also meaningful. It would be nice to see some rookies that Fox is looking to develop, but they already have young players like Matthew “Akaadian” Higginbotham on the first team. The Challenger players will tear the main squad up if they mess up. It should very much reproduce the challenge that the LCS players will face in their actual matches.

Having talented pros can also benefit the team in terms of individual practice. Henrik “Froggen” Hansen is one of the best mid laners to ever play, but having multiple mids on the CS team may give him more people to bounce champion and build ideas off of. Michael “Imaqtpie” Santana will no doubt help Yuri “Keith” Jew, one of the team’s worst performers in spring. The results are still preliminary, but according to LCS stats site Oracle’s Elixir, Keith has gone even in early CS over his first four games, a huge improvement.

Only time will tell if Echo Fox’ strategy to scrim in-house will yield long-term dividends. After all, team started last split strong before faltering in a hail of late game mistakes. But more focused scrimmages and practice should only help those issues. Rather than trying to dance around a competitor, they can grind the parts of the game they’re weakest at.

Over its brief existence, Echo Fox has been known for pushing the boundaries in player fitness, team facilities, and other areas. This is the latest good innovation that they’ve tried. Only time will tell if it will finally result in a playoff appearance.