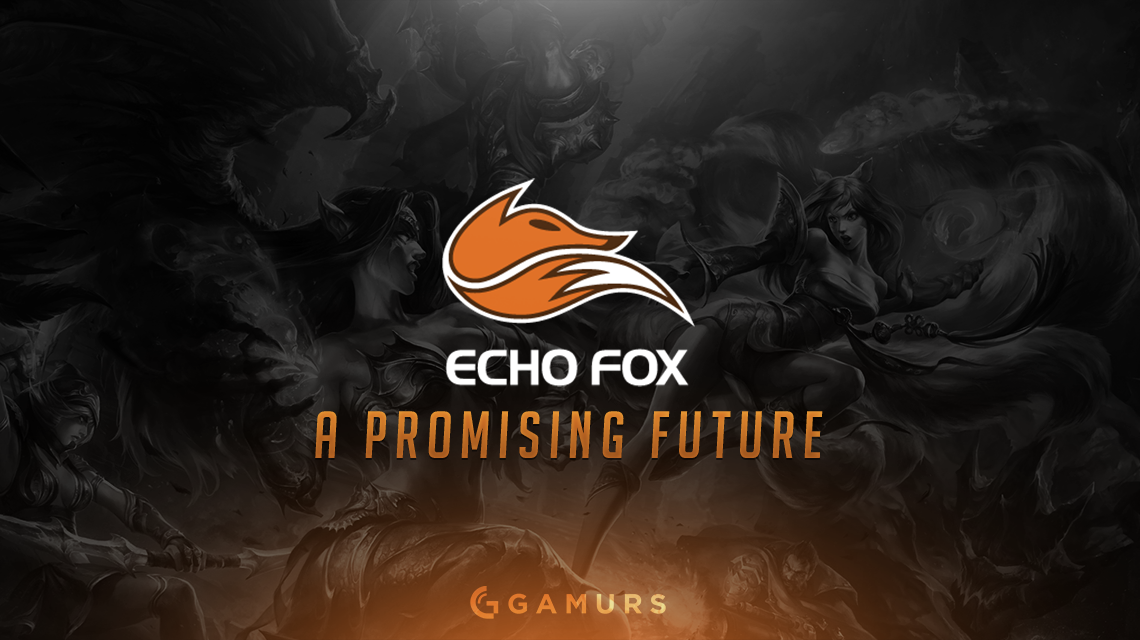 On Dec. 18, 2015, Echo Fox’s acquisition of Gravity’s North American League Championship Series spot was officially announced. Owned by three-time NBA Champion Rick Fox, the organization was a mystery to many and it was feared that the owner would just throw money around and not effectively participate in the scene and help it grow; these fears were quickly abolished.

On Jan. 5, 2016, the roster was announced. Headlined by world-class mid-laner Henrik “Froggen” Hansen, the team had potential, but was still shrouded in mystery when the Spring Split started. In the top lane, Korean player Park “kfo” Jeong-hun was unproven. He was mostly seen as a solo-queue star and had the obvious language barrier. In the jungle, Anthony “Hard” Barkhovtsev was also unproven, having only previously played for several Challenger Series teams. In the bottom lane, NA LCS fans found a familiar and lovable face in Yuri “KEITH” Drew as the team’s marksman and another Challenger Series player in Terry “BIG” Chuong at support.

Expectations were all over the place, but no one really thought the team would accomplish very much. Many even compared Echo Fox to Froggen’s last squad, Elements, on which he was constantly forced to hard-carry the team to victory if they wanted a chance to win. Knowing what people thought of them, the Echo Fox roster marched forward into the first week of the LCS season with something to prove.

A convincing win against Team Impulse, with KEITH shining in the spotlight, showed fans and analysts alike that Froggen was not the only carry threat on this team. They next fell to Cloud9, but this was an expected result and can be attributed to a lack of team chemistry going up against such a veteran squad. Things were looking decent for the squad as they worked out the kinks, but then disaster struck.

Before Echo Fox could play their next match, only the third of the split, visa issues forced the majority of their starting lineup, including kfo, Hard and, most importantly, Froggen, to the bench. In the absence of some of their star players for the next three weeks of play, Echo Fox would play some close games, but end up going 0-6.

When Froggen and crew returned, however, the impact was clear. Despite not being able to compete, the full team was able to scrim and practice the entire time the visa issue was being worked out, so team chemistry was at an all-time high when the starting lineup was back together. In the return game against Renegades, Froggen and KEITH put on a show, eventually leading the team to four straight wins over the next two weeks. The results were impressive, and Echo Fox looked to make a run at the playoffs, but there was a tough schedule ahead. For their final six games, Echo Fox had to face a resurgent Team SoloMid, the league-leading Immortals, a struggling Team Dignitas, two dominating forces in Counter Logic Gaming and Cloud9, and a newly revamped Renegades.

In the end, the visa issues hurt and the team only won one of their remaining six matches, but there was a silver lining. With their full roster, the team went 6-6, and a .500 record would have been enough to make it into the playoffs. In their win against Dignitas, Echo Fox made history. Froggen became the player with the highest single game creep score in competitive League history with 764, and KEITH took the next spot at 738. Granted, Lee “LokeN” Dong-wook of Ever in the LCK recently made the record 767, but at the time, it was all Echo Fox. The game lasted almost 68 minutes, and it was certainly a spectacle to behold.

Echo Fox may have ended up missing out on playoffs, but they also did not have to worry about competing in the relegation tournament after landing in seventh place for the split and used that time wisely to perfect team chemistry while bootcamping in Korea.

This team is in an interesting situation for the Summer Split. The players are all in relatively good form and are working hard to improve their chemistry together. Froggen and KEITH have proven that they can effectively win games by themselves, and with kfo beginning to learn how to play with a team, Hard playing as the team-oriented jungler and BIG increasing his synergy with KEITH, Echo Fox looks to be an intimidating force next split.

Can Echo Fox battle the best in North America? Will they feed on easy prey or will the foxes be hunted? Let us know in the comments below or on our Twitter @GAMURScom and be sure to follow us to stay updated on all of your eSports needs.