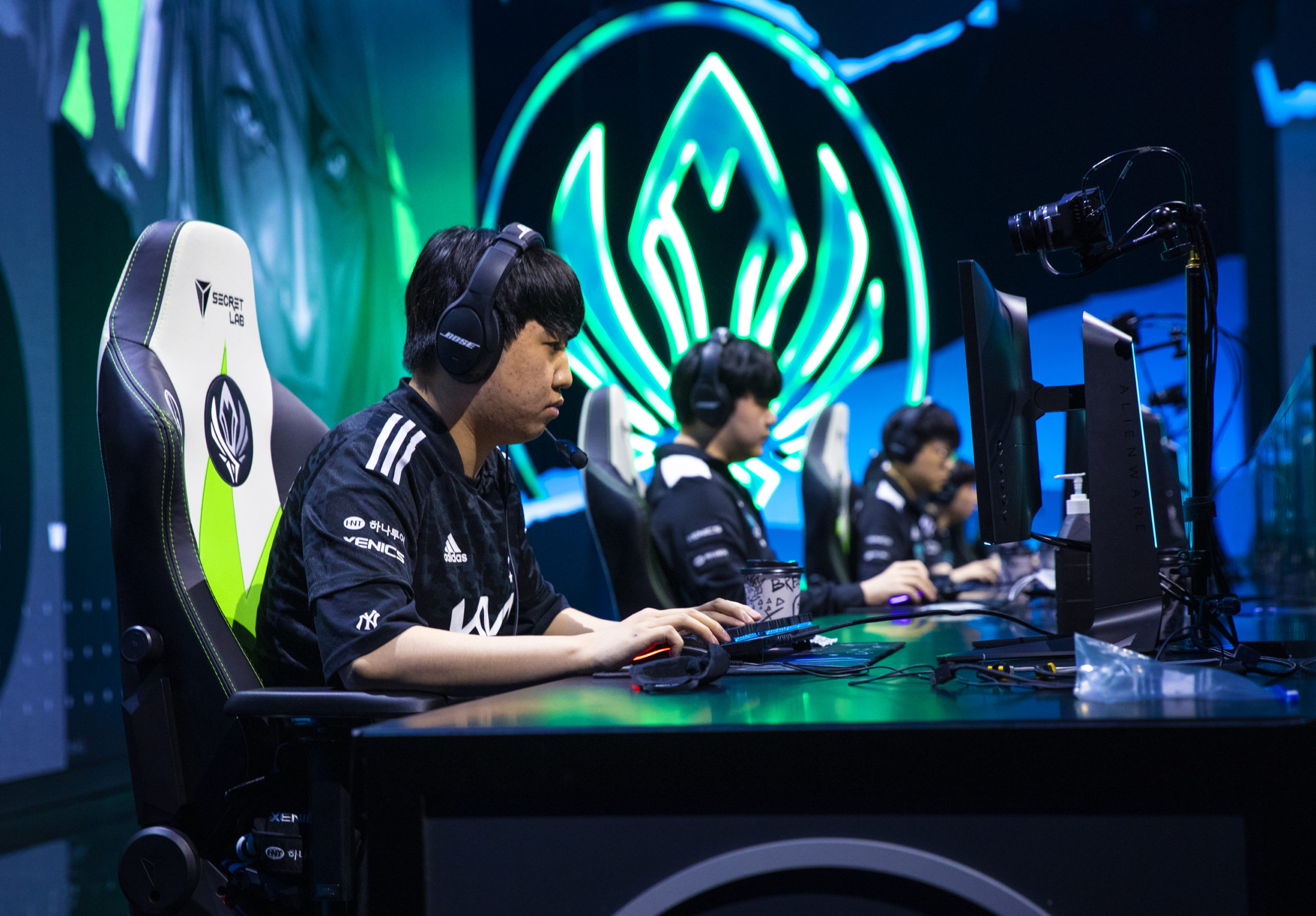 DWG KIA were supposed to be the unbeatable final boss at the 2021 Mid-Season Invitational. After an unmatched dominance in their run through the LCK Spring Playoffs, they were the de facto favorites to win the international tournament. Many presumed the only teams to challenge them would be Royal Never Give Up and, on a good day, the MAD Lions.

Those expectations were blown out of the water, however. LJL representatives Detonation FocusMe brought DWG KIA an inch from defeat today. Although the reigning world champions were able to win the game with a masterful teamfight, DFM proved kings truly can bleed and that DWG KIA might not be as unshakeable as fans suspected.

DFM’s strategy for this game was to make Khan’s life as miserable as possible in the top lane. The Gangplank and Viktor lock-ins for DWG KIDA in the draft phase hinted that they would be aiming to scale into the late game, and DFM responded accordingly by completely shutting Khan’s early game down.

The top laner found himself with three deaths and zero kills at the 15-minute mark, with a very smug Evi sitting across the rift at 2/0/2 and a completed Stridebreaker. That lead continued to snowball for DFM, taking fight after fight and securing themselves three dragons and a Baron Nashor before DWG could respond. Everything had fallen into place for DFM to take a victory from the reigning world champions.

But it was too good to be true for the LJL representatives. After so nearly ending the game, a won teamfight in DWG KIA’s base with minions on their Nexus towers translated into a lightning-fast push down mid lane and victory for the LCK representatives.

This was one of the closest games of MSI 2021 so far, and it came from the most unlikely of sources. DFM were, for many competitive League viewers, a fairly unknown entity heading into the tournament, and this almost-victory has proven they won’t be leaving the tournament without a hell of a fight. After their victory against Cloud9, it’s looking like a real possibility they might just qualify out of the group stage for the first time in the LJL’s history.

To make that dream a reality, their first step will be to take down Infinity Esports on May 11, at 9 am CT.