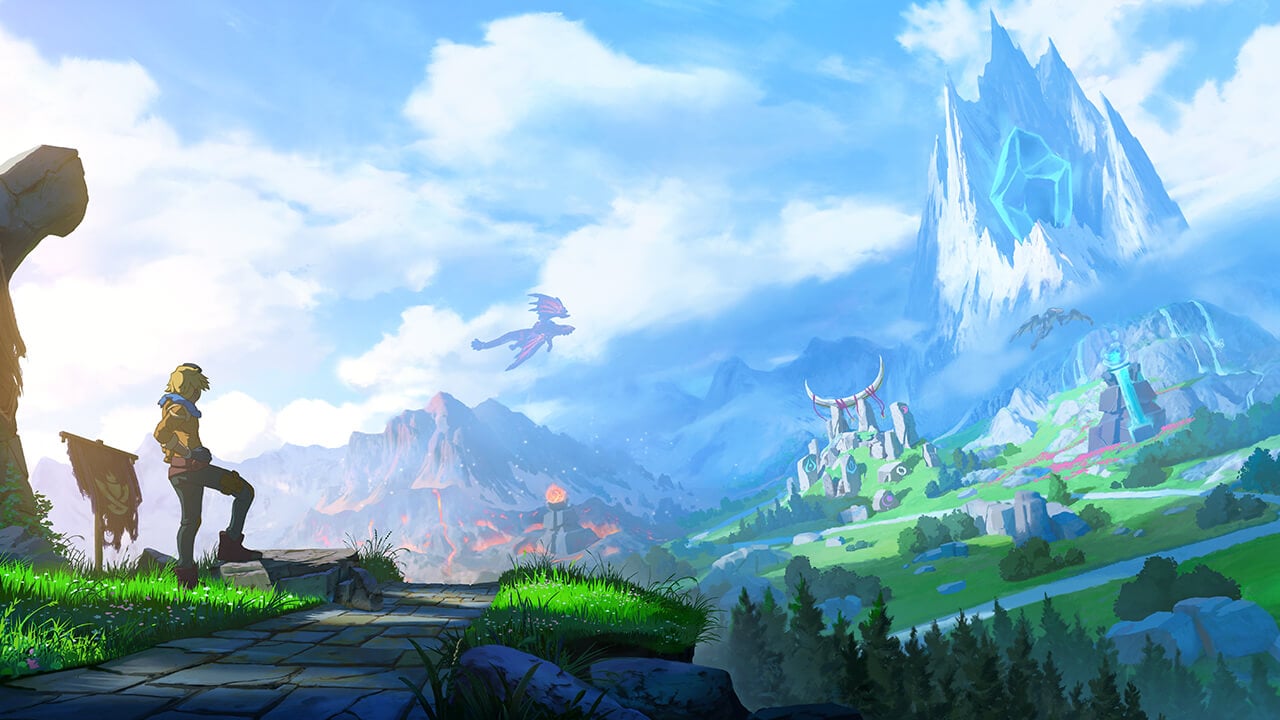 As the League of Legends universe continues to expand, Riot Games must occasionally revisit the existing lore of previous champions and update it so that it better fits in with the company’s vision for Runeterra.

The most recent batch of lore updates have arrived for Draven, Alistar, and Jax. Although these champions might seem like random picks for a bio update, they’re more relevant to the current state of League lore than they may seem at first glance.

Draven and Alistar’s stories connect them to the Noxian fighting pits, which is a direct connection to League’s latest champion, Sett, The Boss. Jax’s update is certainly due to the release of his legendary skin, Mecha Kingdoms Jax.

So let’s get into these new short stories.

The Glorious Executioner’s story begins in his childhood, during which he and his brother Darius were orphaned and forced to live out on the streets. Draven possessed a headstrong and combative personality from an early age, which led him to get into deadly scraps. This culminated when Draven tried to kill a Noxian captain named Cyrus, who defeated Draven but was impressed with his fighting spirit and allowed the two young orphans to join the Noxian military.

Darius was content with military life, but Draven wanted to achieve far greater individual glory. He left the Noxian army and found his way to the Reckoning gladiatorial area where he believed he could obtain the riches and adoration he desired. Draven then met Swain who enlisted the gladiator in his revolution and ordered him to depose Noxus’ leader, Boram Darkwill.

After the revolution, Draven was tasked with executing any Noxians who questioned Swain’s leadership. Draven now serves as the overseer and champion of the Reckoning pits, which he’s transformed into a mainstay of Noxian entertainment.

Alistar’s short story describes how he was once a proud member of the alliance of minotaurs known as the Clans of the Great Barrier Mountains. He and his people were contacted by Noxus, who offered an alliance and proposed the two parties meet in parley. Alistar was skeptical of the Noxian representatives and his fears were later proven to be correct when he and his followers were betrayed during the meeting. The minotaurs were imprisoned and shipped back to Noxus.

Alistar and his fellow warriors were brought to the Reckoning pits and were slain one by one for entertainment. Alistar alone survived the slaughtering by defeating any gladiator who faced him. His pride faded as time went on and was replaced by a beast-like rage. It was then that Alistar met a servant girl named Ayelia, who befriended the fallen warrior and devised an escape plan for both of them.

Ayelia freed Alistar from his chains and the pair attempted to escape to a nearby cargo ship, but they were discovered by Noxian guards before they could reach safety. Alistar, fueled by hatred built up over the course of his torturous imprisonment, spiraled into a blood rage. He killed each Noxian before him, frightening Ayelia, who ran to the boat alone. By the time Alistar returned to his senses, the cargo boat had departed along with Ayelia.

Alistar now travels alone seeking the girl who freed him, hoping to apologize and repay her for her kindness.

The tale of the Grandmaster at Arms dates back to when he used to call himself Saijax Cail-Rynx Icath’un. Saijax grew up in his homeland of Icathia, which was subjugated by the grand empire of Shurima. The Icathian people sought to regain their freedom but had no means to fight back against the god-like power of Shurima’s Ascended.

Fate changed for Icathia when an earthquake ruptured the countryside and revealed an ancient power known as The Void. The Icathians believed that this newly-discovered power could defeat their Shuriman overlords. Saijax was hesitant to wield a weapon that he couldn’t comprehend, but his people chose to harness the mysterious power regardless of the dangers it might pose.

The power of The Void seemed to serve the Icathians initially. They bested Shuriman armies and even felled an Ascended warrior. The Icathians believed that victory was near, but The Void suddenly turned on its wielder. The ensuing destruction obliterated both Shurima and Icathia. Only Saijax survived.

Devastated at the horrific loss of Icathia, Saijax attempted to take his own life but stopped himself after discovering a single brazier-stave still burning with a magical fire in the middle of the ruined battlefield. Saijax saw it as a sign of fleeting hope. He took up the stave and abandoned his birth name in place of a new one: Jax.

The magical flame inside the stave has extended Jax’s life beyond natural limitations. He’s spent centuries wandering alone with a singular goal in mind: to stand against the advance of The Void and prevent the coming darkness.