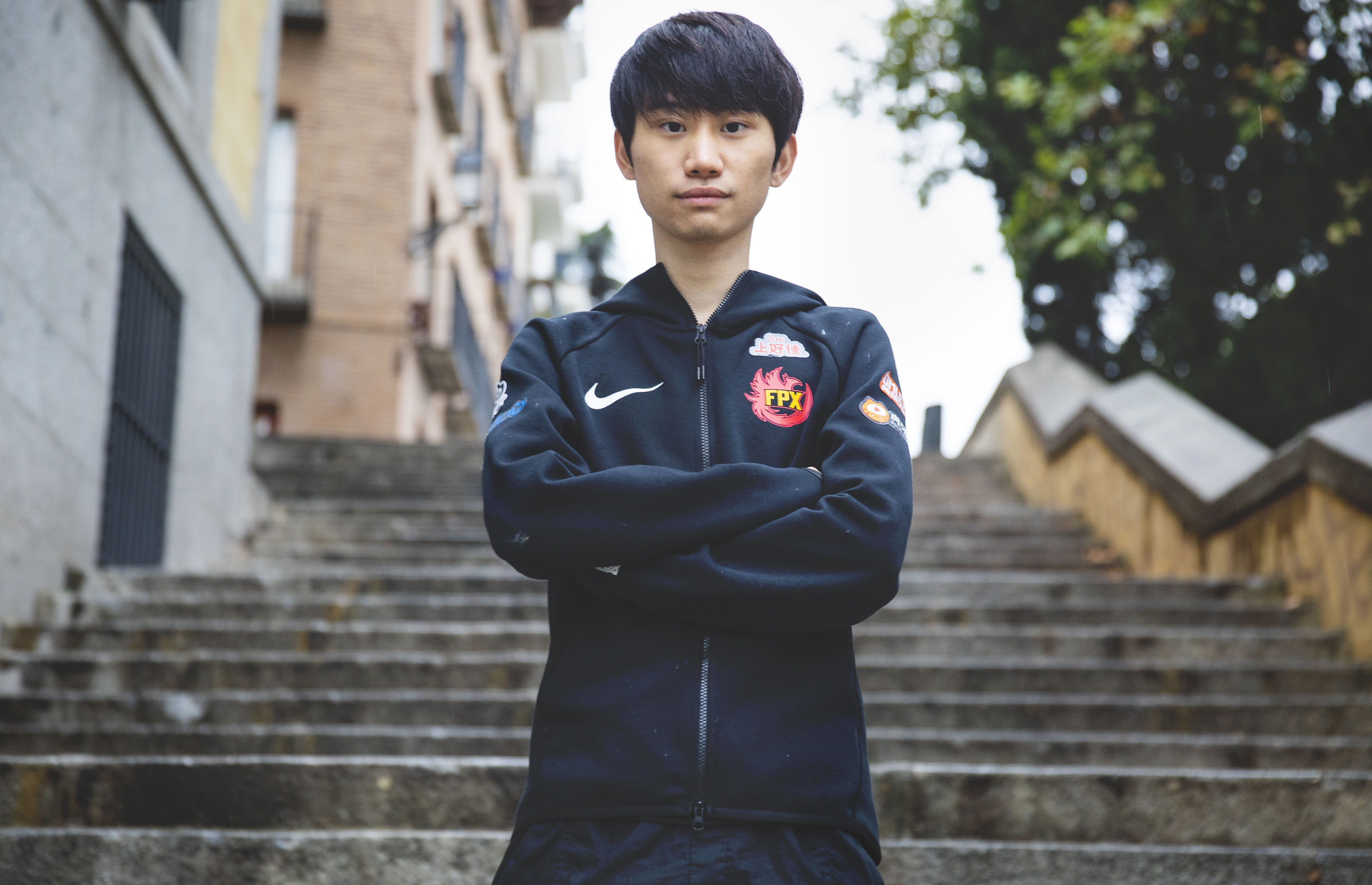 After a long wait, superstar mid laner Kim “Doinb” Tae-sang has confirmed that the five champions getting FunPlus Phoenix-themed Worlds skins will be Gangplank, Lee Sin, Malphite, Vayne, and Thresh.

On his stream, the 23-year-old champion said that he originally wanted to choose Yasuo for the skin but wasn’t able to since he hadn’t played the champion during Worlds 2019. Instead he chose Malphite, and although it does seem like an odd choice for a championship team skin, there’s a pretty cute explanation.

Doinb only played Malphite once during the tournament against GAM Esports—there were plenty of other champions that had more prominence during his team’s championship-winning run that he could have chosen. He explained, however, that he chose Malphite for his wife, because the pick is one of the few champions she uses. He also chose Malphite so that many other players could use the skin due to Malphite’s low skill ceiling.

As for his teammates, their choices made a lot sense in terms of their success during Worlds. Top laner Kim “GimGoon” Han-saem had played six games on Gangplank throughout the tournament and boasted an 8.9 KDA on the champion. Similarly, jungler Gao “Tian” Tian-Liang had six Lee Sin games at Worlds, with three of those games happening during the finals against G2 Esports.

AD carry Lin “Lwx” Wei-Xiang only chose Vayne twice at Worlds, but the champion is still one of the most popular marksmen in the game. Support Liu “Crisp” Qing-Song locked in Thresh four times and won every single game with the Chain Warden.

FPX fans should expect the skins to release later on in the year—possibly in the summertime, since Invictus Gaming’s Worlds skins released last June.