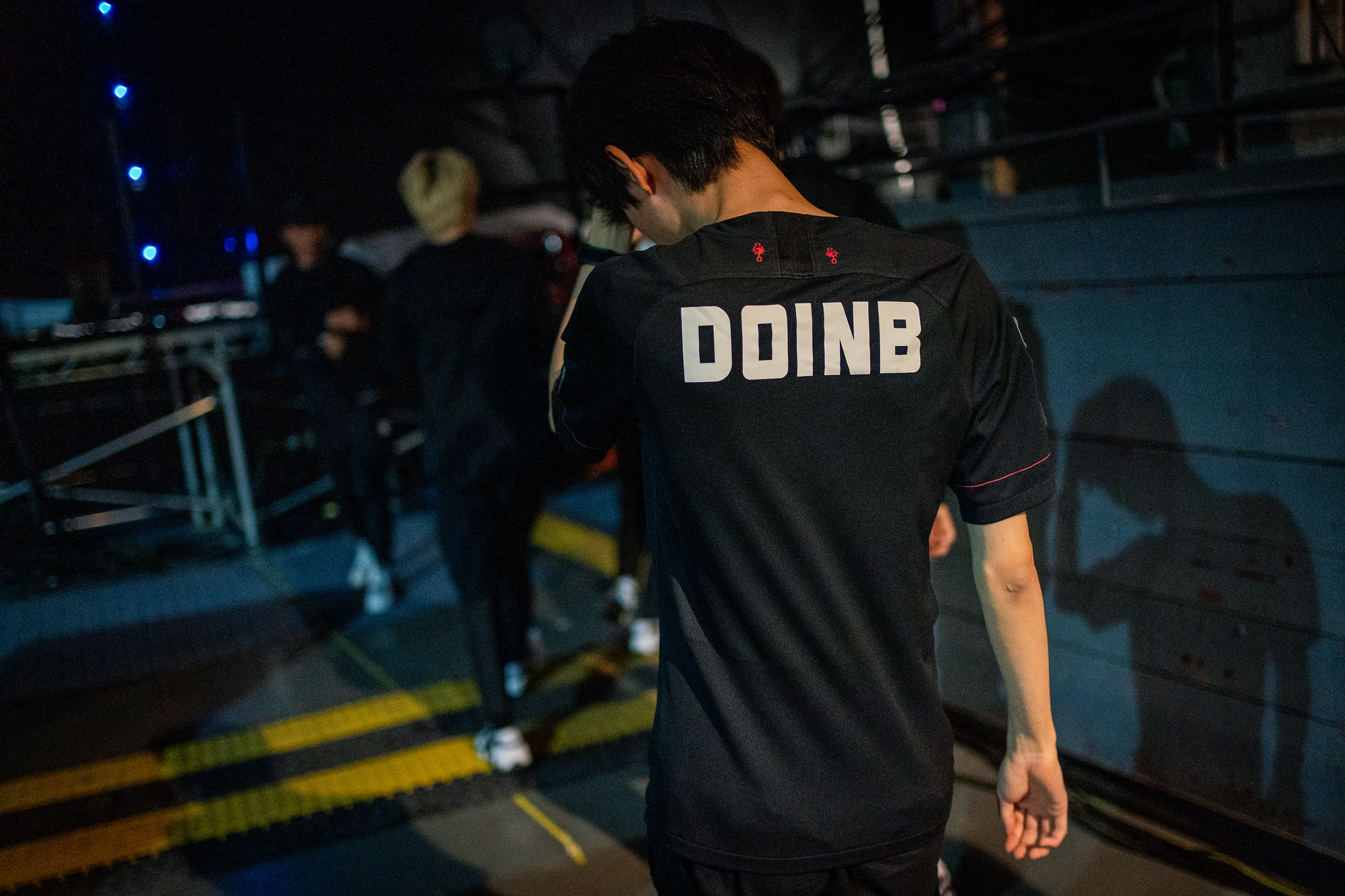 LNG Esports are still undefeated in the 2022 LPL Spring Split. LNG improved to 5-0 today after mid laner Doinb helped them take down FunPlus Phoenix, the organization he represented for the last three years.

Former League of Legends world champion teammates Doinb and Lwx fought in a competitive three-game series to try to gain ground in the Spring Split standings. For LNG, this series was about maintaining a perfect record, while it was about usurping initial expectations for FPX.

Game one began as a battle for tempo. Both LNG jungler Tarzan and FPX jungler Clid were on picks like Lee Sin and Xin Zhao, looking to capitalize on early-game power spikes.

After a close early game, the tempo advantage was eventually grasped by LNG after a fight for the second dragon. While Clid stole the dragon from LNG, Tarzan’s squad cleaned up the teamfight and grabbed a gold advantage heading into the mid game.

From here, well-executed map play from Doinb’s Ryze led LNG to acquire tempo and objective advantages purely off the back of FPX arriving too late to these plays. This led to one final attempt to come back in the game at the Dragon Soul, where FPX were unable to grab the objective. LNG swept the entire team and took the first win of the series.

Game two began with Doinb grabbing a kill onto FPX mid laner Gori following a gank from Tarzan. But the game immediately began to shift toward FPX in what can be described as complete dominance from the Lwx-led team.

Clid, in particular, was instrumental in securing every teamfight skirmish against the LNG squad. This led to a near 10,000 gold lead at 20 minutes for the FPX side, who closed out the game minutes later thanks to the massive gold advantage they held over LNG.

As game three began, Tarzan was able to apply some early-game pressure on Lee Sin almost immediately. He helped LNG AD carry Light grab three kills before five minutes had even passed. The LNG ADC held a 6/0/1 scoreline at 26 minutes.

But FPX keep the gold difference close and even held a kill lead over LNG at one point in the game. One of these eliminations was Lwx’s 2,000th career kill in the LPL as well.

The eventual bot lane gap came back to haunt FPX in the final teamfights of the game, however.

The play started when FPX found an engage onto Tarzan, but the late-game Jinx was dealing too much damage and LNG grabbed the Chemtech Soul. Shortly after, FPX tried to stop LNG from taking the Baron. But the game was ultimately broken wide open when Tarzan secured the Baron and killed the remaining FPX members. This led to LNG pushing all three lanes with a Baron buff and they ended the game in 31 minutes, capping off a competitive three-game series.

While FPX eventually lost, this was the first time the undefeated LNG squad were truly challenged in a best-of-three series this season. With a relatively easier schedule to start the 2022 season, LNG will face their first powerhouse LPL team in Bilibili Gaming as the headline match of week four on Feb. 13.

The final day of week three in the LPL Spring Split will take place on Jan. 27, starting with TOP vs OMG, followed by what should be a competitive battle between Bilibili Gaming and Royal Never Give Up.