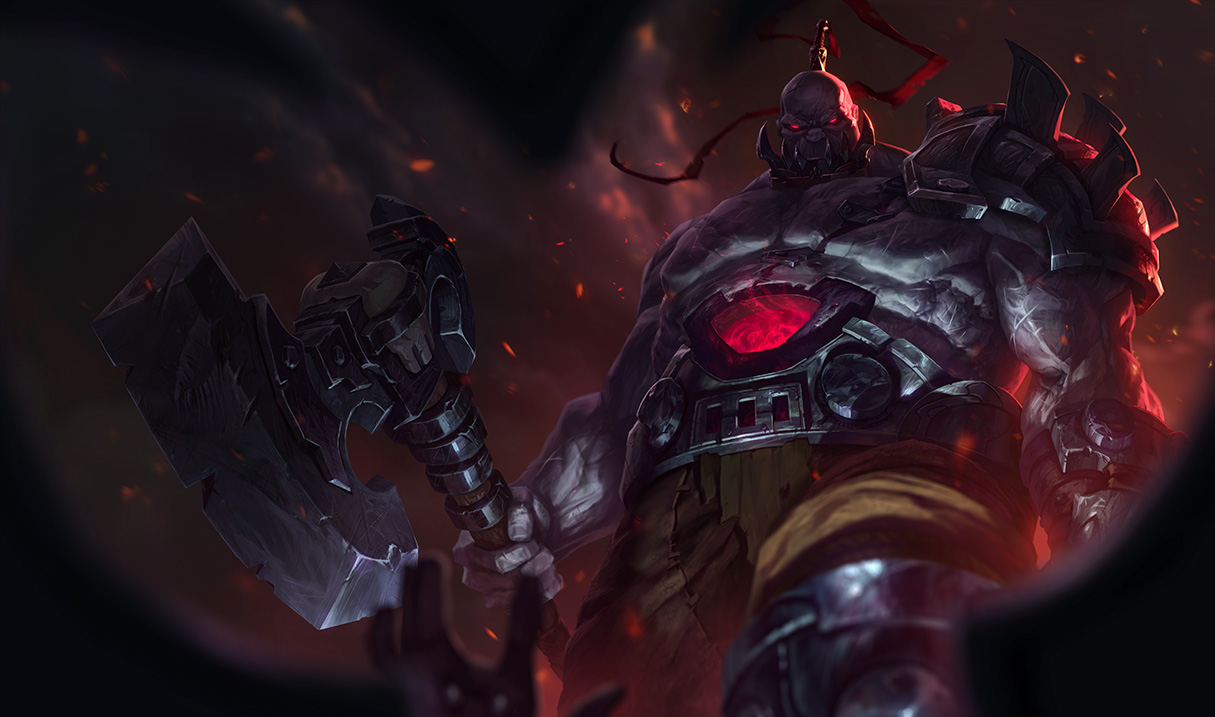 The Importance of Win Rates

“Win rates don’t matter.” Often times this phrase comes up as a counter to someone who claims a champion should be nerfed or banned because said champion has a high Solo Queue win rate.  While win rate is an insignificant statistic in come contexts, it can provide valuable information in others. In League, various win rates – from competitive to global to tier-specific, have different implications and can be valuable resources for creating insights for an analytical League of Legends.

Win Rate – What Kind of Statistic is it?

Statistics exist in different forms and even for different purposes. What roles does the win rate function in League of Legends?

Despite having a 48% win rate, LeBlanc is highly contested in both competitive play and solo queue. Due to her success in competitive play, the community generally regard her as a top tier pick, but her win rate indicates that there’s more to her story. LeBlanc has one of the highest pick rates and, indeed, pick rate can have a significant influence on a champion’s win rate. She is also considered to be very difficult to master; a champion’s skill ceiling (and skill floor) also can influence the win rate. Other factors to consider, but are not limited to, are the frequency of various matchups, public perception of how the champion is to be played, and the public’s familiarity with the champion.

Win rate is, ultimately, a holistic statistics. It represents the champion’s performance across (hopefully) at least hundreds of games. Think of it in terms a function: the function inputs all the factors influencing win rates and spits a number that represents the performance of the champion given those factors. One can argue against the power level of a champion with specifics of why a champion with a high win rate did not perform well in a specific game or that a certain pick or strategy will make the champion seem overrated. These are subjective and do not really hold against the grand, holistic scheme. “X has a high win rate only because people don’t know how to play against X.” “X has a high win rate only because X mains play it.” While these statements can have some value, ultimately the factors mentioned contribute only a little to the champion’s win rate. Let’s look at one particularly interesting factor, the pick rate.

The Influence of Pick Rates

Pick rates can influence win rates to a point where it becomes significant in shaping a champion’s win rate.

Before going in detail on pick rates, understanding statistical significance is essential for understanding the influence of pick rates. Whenever I use the word “significant” in this article, I actually mean its statistical meaning. Without going into detailed statistics, one can understand that Urgot having a 80% win rate over 5 games in Challenger doesn’t mean anything because the sample size is too small. Having a large enough sample size is crucial for statistics to be meaningful. The ballpark for how much is “enough” differs among statistics; for our purposes, it’s about several hundred games, preferably close to a thousand. The requirement is lower than what many people expect; even Heimerdinger’s statistics are significant.

Heimerdinger is a notorious example in the context of the pick rate-win rate relationship. Let’s look at his statistics in Patch 5.5:

Heimerdinger boasts ~55% win rate in Platinum+ Solo Queue. While he has always been strong in Solo Queue, it’s important to understand that his pick rate is quite low, sitting at around 1-2%. Make no mistake: Heimerdinger is still a strong pick in Solo Queue and even if he became a popular pick, his win rate would still be significantly higher than 50%. The relevance of his pick rate is to indicate that his win rate is ultimately somewhat inflated, but not by any huge amounts.

While a 1-2% pick rate is very low, often times people mistake this amount as coming from primarily a dedicated player base. This is not true most of the time. Yes; a 1% pick rate inflates the win rate, but it is still coming from somewhat larger player base than Heimerdinger mains. Compare Heimerdinger to someone with an even lower pick rate, such as Shen, and one can see that a champion can have a poor win rate even with a very low pick rate. As you go down in number in terms of pick rate, the influence that the pick rate have on the win rate increases, but the win rate is still a legitimate indicator of a champion’s strength in Solo Queue unless the pick rate is extremely low, in levels comparable to stats of Challenger-only games.

Let’s look at a champion on the other end of the pick rate spectrum: Zed.

Zed is currently very popular with approximately 15% pick rate and that’s not including his ban rate. He has a 49% win rate, which is actually very high considering his pick rate and considering his extraordinarily high skill cap. Taking these into account, it’s safe to say that Zed is on the strong side, if not straight up overpowered.

There is a key difference between competitive win rates and solo queue win rates: competitive win rates are not holistic statistics. They do not tell the whole story behind a champion’s success or failure. Reasons for this phenomenon include low sample size, the overarching influence of individual player’s skills, and the heavy involvement of teamwork in almost every game. In fact, the competitive scene is largely influenced by innovation from high level solo queue, not the other way around.

For example, Lissandra and LeBlanc are recurring competitive champions despite having horrid solo queue win rates. Lissandra especially have an obscenely high competitive win rate. Subjectively speaking, her kit was intended for and still is geared towards teamwork environments. Despite whatever common perception people have of her, she never was a problem for solo queue. Because that competitive win rates do not reflect a champion success in solo queue at all, it would be a mistake to use them for solo queue purposes. They are an indicator of a champion’s viability, brokenness, or potential in top level play and nothing else.

In Relation to Power Level and Balance

Does a high win rate indicate that a champion is overpowered? Or broken?

These two terms are often used interchangeably, but I say them with distinction. Overpowered refers to a champion whose numbers are higher than they should be, resulting in the champion being a “power pick.” One current example is Sejuani. Broken should refer to fundamental problems with a champion’s kit, disregarding the power level of the champion, and broken champions often encounter issues with counterplay and/or the overarching design of the game.

Overpowered champions tend to have a high win rate or at least a win rate higher than that is justified for the champion. Champions with a kit that is partially or primarily broken, such as Veigar, does not have win rate as a good indicator of its strength

Again, Zed has a near 50% win rate with a high pick rate in Platinum+ games; this is definitely high for someone who is both mechanically challenging and requires timing and position to pull off his combos. His win rate is an indicator that he is potentially overpowered. Another such example is Riven. While she isn’t as difficult to master as Zed is, she is still relatively one of the most mechanically demanding champions in the game and her success relies on outplaying opponents. For such a champion, a win rate of over 50% is a clear indicator of imbalance. She is just overpowered in solo queue.

This patch, Sion and Sejuani’s win rates have soared to the top of solo queue. For many, Sejuani’s success was expected due to the friendly jungle changes in 5.5 buffed her already strong status. Sion’s lower pick rate inflates his win rate slightly, but is still high enough for his win rate to be significantly. They are indeed overpowered right now and are receiving nerfs next patch.

Pre-change Veigar was the ideal example of “broken, but not overpowered.” His win rate was very well in line, but he had fundamental flaws in his design.His Event Horizon was so incredibly powerful that professional teams picked him up solely for that skill, ignoring the rest of his kit. The only barrier to playing him successfully in that regard was the skill of the player and almost nothing else. His Event Horizon offered very little counterplay when used correctly and even if it missed on stuns, it offered zone control better than that of Jarvan’s ult. If Veigar built AP, it spelt certain doom for anyone caught by or in Event Horizon. Veigar was not overpowered because certain factors, such as his weak and inconsistent laning phase and complete lack of mobility, limited the opportunities that Veigar can have to show his strength. When usage of his strengths was achieved, however, it was devastating and frustrating for the opposition.

Current examples are Akali and Talon. Both had their numbers nerfed to the point where they’re *almost* acceptable in terms of power level, but they are still very problematic champions for game health. True to his theme, Talon offers no mercy if he manages to get ahead. He will assassinate, snowball, and AoE assassinate while providing almost nonexistent reaction time for the opponent. Akali’s targeted burst and gap closers with spell vamp are unhealthy in a similar fashion. Both of them are broken and are surely on the rework list. In fact, they may be both overpowered and broken due to their continued success in solo queue.

Win rate can be a good indicator of overpowered champions, but factor such as the skill cap of the champion and the pick rate should be taken into account when using this form of judgment. Win rate is largely independent of broken champion, whose kits are problematic regardless of the champion’s power level in either solo queue or competitive play.

How important is win rate? When does it matter? The answer to these question depends on the contexts. Win rates are important:

Win rates can be somewhat useful:

With this article, I hope reader will have a better understanding of the role of win rates and statistics in this game. Eventually, I plan to link this article to one focusing on champ select in solo queue. Thanks for reading!