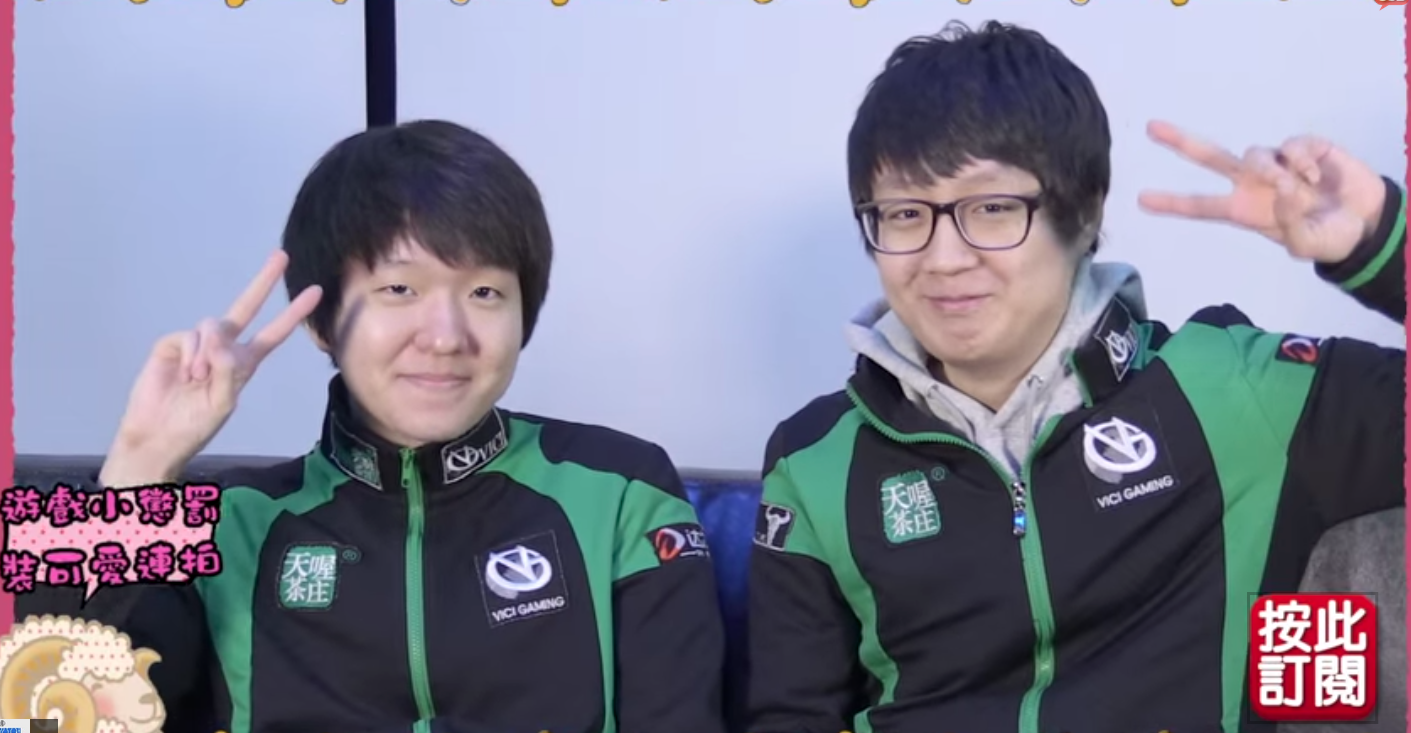 DanDy: Hello friends of iGamer. Hope you have a prosperous Year of the Sheep.

Your team’s biggest rival in the LPL is?

DanDy: Even though our performance has been lacking, EDG is our biggest rival.

Who is your favorite champion?

DanDy: Before, my favorite champion was Lee Sin. But I used Rengar to win the World Championships, so I like Rengar more right now. Because when I use him, I feel more confident.

Mata: Right now, my favorite champion is Lee Sin because you can use him for every role. He’s League of Legend’s most interesting champion.

Who is your best Chinese friend in Team VG?

DanDy: I’m closer to my top laner (Carry). I honestly think he’s pretty good, but I think he might be interested in men. I feel a little unsettled (just kidding).

Mata: To be honest, I’m pretty close with all the Chinese players on VG. But I’m especially close with Vasilii because we sit next to each other and we can both use English to speak.

What do you want to eat right now: Tteokbokki or kimbap?

DanDy: I don’t have much interest in kimbap but I also don’t really like tteokbokki. So I’d rather have kimbap.

Which MC is your dream girl: LCS, OGN or LPL?

DanDy: Because right now we’re playing in China, I feel like I should choose LPL’s host. But to be honest, I actually prefer Europe’s Sjokz.

Mata: LCS, LPL, OGN’s hosts are pretty. I feel like they’re all not bad. But they aren’t close to my ideal type. If we’re talking about ideal types, I like Korea’s actress Han Ji Min.

DanDy: Right now, using Nidalee is really OP. Because this champion’s damage output is really high and because she’s very mobile. She can also transform. She’s banned a lot in competition.

Mata: For this year’s popular champion, mid lane it would be Ahri. For the jungle, it would be Nidalee. In the new patch, Ahri’s Q gives you movement speed and allows you to escape. In terms of Nidalee, in the new patch, she’s very good at clearing jungle champs. Also when you land her Q, it will reset the cooldown for her cat form abilities (they say this might be a bug). I think those will be the popular champions of 2015.