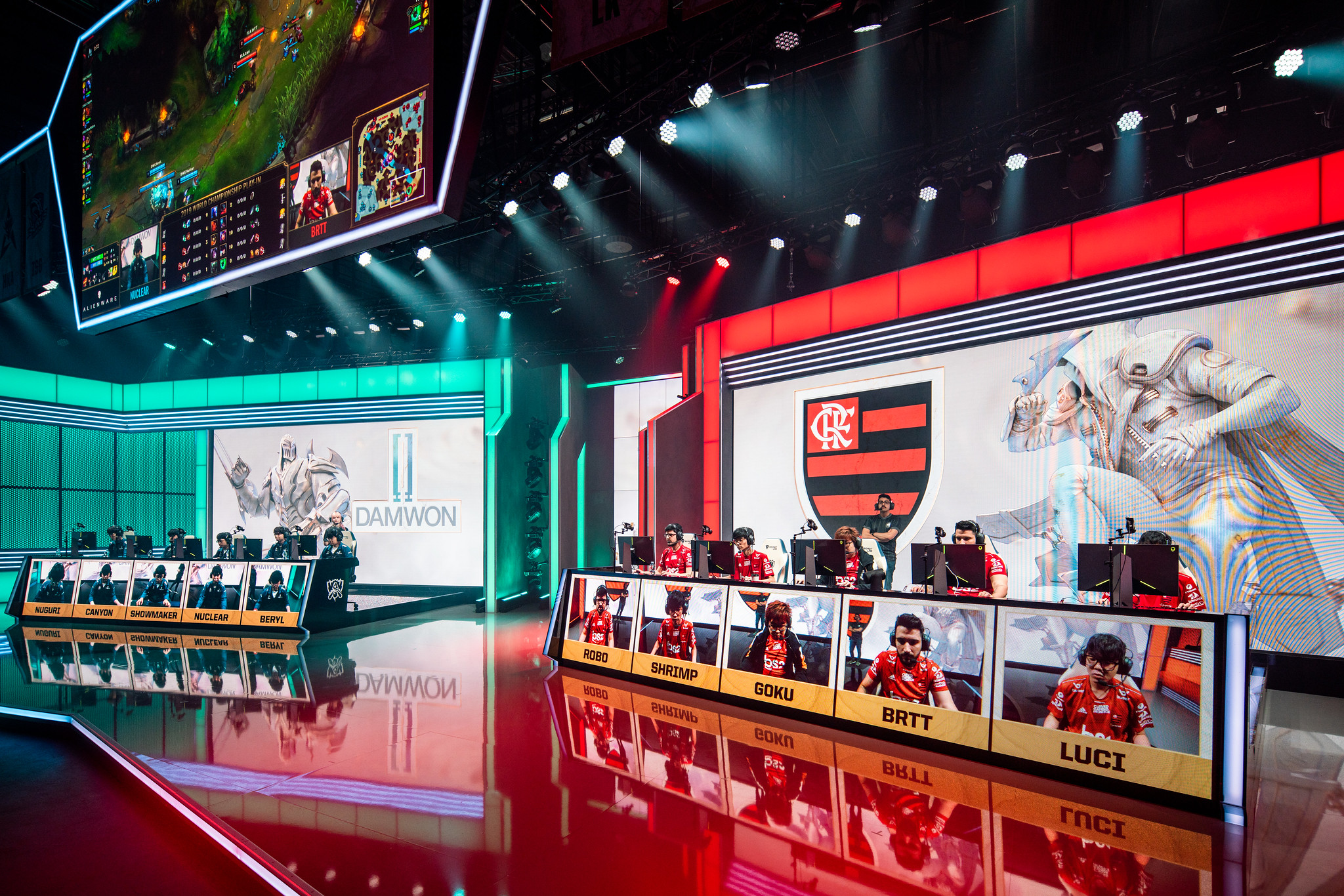 DAMWON Gaming’s match against Flamengo Esports today brought in a ton of viewership on day two of the Worlds 2019 play-in stage—about 957,000 peak viewers to be exact. This has been the most-viewed match of the play-in stage thus far and it’s also 35 percent more than the peak of last year’s play-in stage.

DWG took down Flamengo after a hard-fought 30-minute match, but it looks like the CBLOL representative has plenty of support online and in the studio.

A handful for supporters were chanting the Flamengo’s name, even in the face of defeat. Additionally, Korean fans must’ve been in force to support their third seed representative, too—both of DWG’s games have had high peak viewership counts.

In fact, DWG’s other match against Royal Youth had the second-highest amount of peak viewers with 759,000 people tuning in for the first match of day two. DWG showed off their teamfighting prowess in both games and they look ready to be in the Worlds group stage.

With only two more days of play-in matches to go, it’s hard to think of any other matchups that will top this viewership mark. We’ll probably have to wait for the group stage to see if any match can surpass this count. Who knows, the first series of the main stage between Fnatic and SK Telecom T1 might hit the one million viewer milestone.