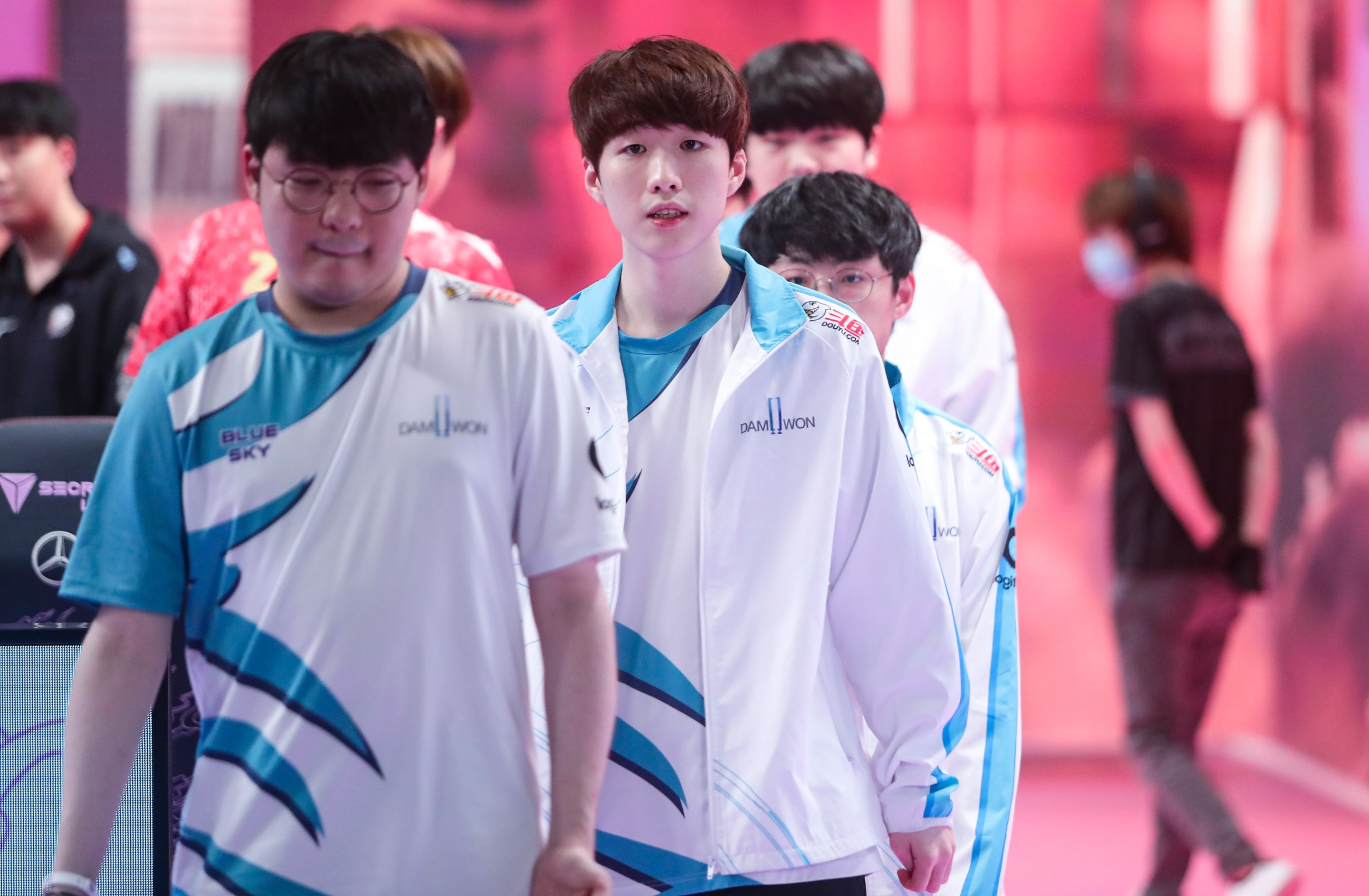 With three dominant wins under their belt, Damwon Gaming have showcased immense diversity in their drafts at the 2020 League of Legends World Championship. In fact, the team has already picked 14 unique champions early in the tournament, according to gol.gg.

Damwon sit atop Group B right now with a spotless 3-0 record through the first round-robin of the group stage—and it’s partially thanks to the roster’s extensive versatility and creativity. Over the span of the team’s three wins, Damwon has selected 14 individual champions, the most of any team at the tournament alongside Rogue.

And while this statistic might not be unique to Damwon, the part that does stand out is the fact that the LCK’s top seed remains unbeaten as a result of its versatility. With picks like Kennen, Pantheon, Lulu, and many others, Damwon have shown that they can win with almost any combination of champions.

Only Damwon jungler Canyon has repeated a champion pick at the tournament so far, with his Graves being selected twice through the team’s first three games. Beyond that, though, every other player on DWG has selected a different character in three different games.

Heading into Friday, Oct. 9, when all of the teams in Group B will face each other three times over, all eyes will be on Damwon to see if they can continue winning through the themes of uniqueness and versatility that have been so present in the first week of the Worlds group stage. But as more and more unique picks get taken off the board, it’s going to be hard for Damwon to keep picking new champions while staying within the confines of the meta. As enticing as unique picks might sound, it’s tough to be totally unique game in and game out.

But still, anything is on the table for Damwon. Throughout the team’s 101 games in 2020, the roster’s members have played an average of 19 champions each, according to gol.gg. Nuguri leads the way for DWG with 22 unique picks to his name.

There’s an armada of champions waiting to be unleashed by Damwon at the World Championship and it wouldn’t be completely surprising to see the team keep bringing out unique champion after unique champion. Who knows? Perhaps Canyon will bust out Karthus jungle one last time at the year’s final tournament.