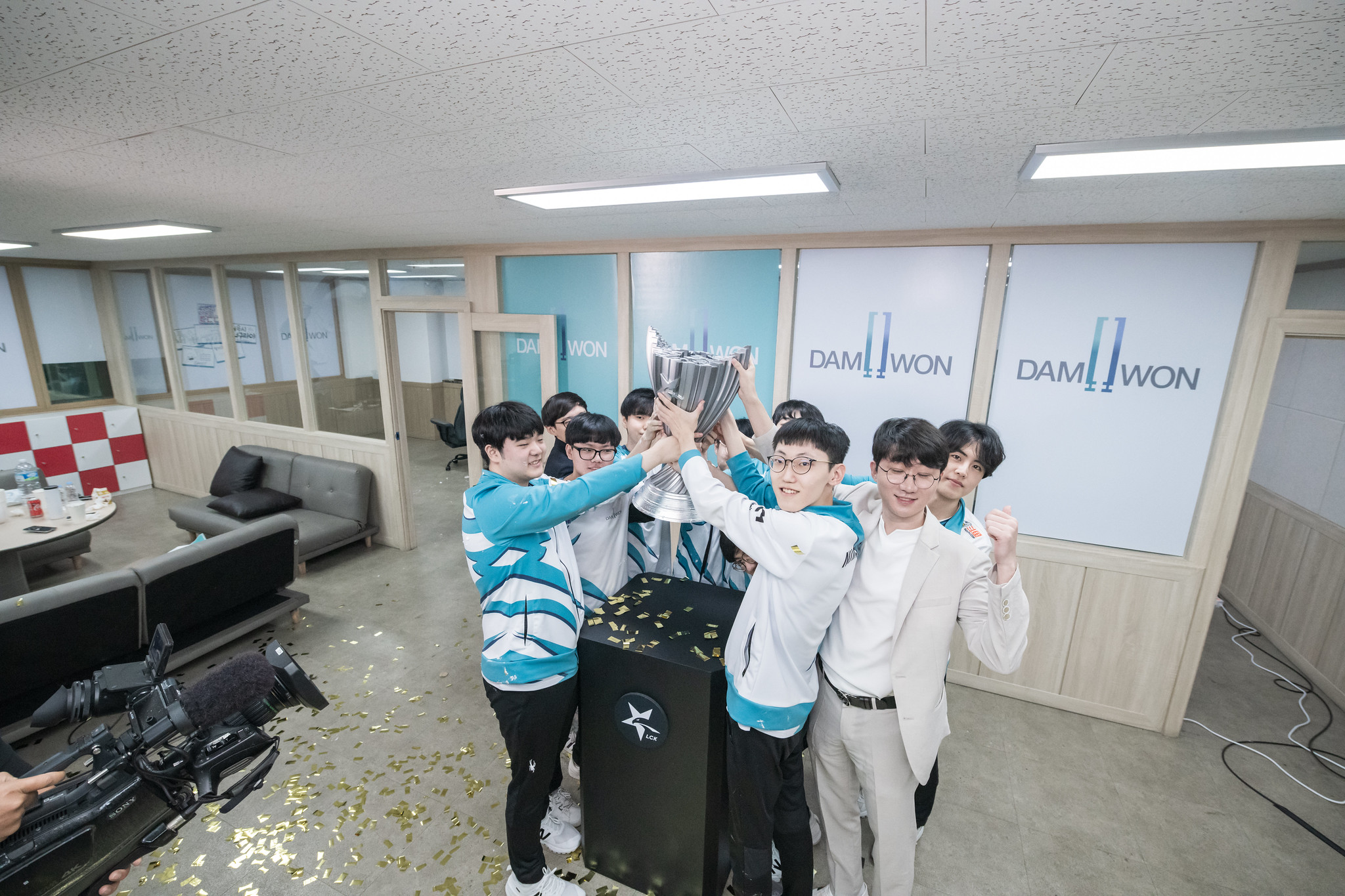 Damwon Gaming took down DRX 3-0 today in the fastest major region final of 2020, securing themselves the first-seed LCK spot at the League of Legends World Championship. This victory comes after a split of success rivaling that of 2015’s SKT T1 lineup, spearheaded by MVP Showmaker with one of most consistent performances of his career.

This series was one that looked as though it was over before it had ever begun. Damwon entered the best-of-five as clear favorites, with their recent defeat of DRX still fresh in the minds of many LCK viewers. Although DRX were able to put up somewhat of a fight, drafting mechanically intensive outplay champions for mid laner Chovy in an attempt to snowball a lead, Showmaker’s consistency and prowess proved insurmountable. MVP of the series went to top lane Nuguri, who showed a masterful performance on both tanky and lane-dominant picks in Ornn and Renekton.

The closest moment of the series came in game two, where DRX’s Pyosik made it his life’s mission to ensure Damwon would not get a single blue buff for the game’s duration. This jungle dominance, combined with a pre-five minute double kill for Chovy’s Jayce, was the most promising start to a game DRX could have hoped for. But in the end, a fed Jayce was no match for Damwon’s masterful teamfighting around mid game objectives. From there on out, it looked as though DRX’s mental fortitude had been destroyed.

Despite his loss in this series, commendations are owed to Chovy, who put out one of the best carry performances of his career in an attempt to bring his team to victory. Drafted onto melee champions with the potential to be completely bullied out of lane, he held his own in a series that felt like him against the world. His Irelia performance in game three was almost enough to single handedly save DRX from certain death, and he managed to go toe-to-toe with the LCK’s MVP and arguably one of the best players in the world. Although he did not secure the victory today, he is looking incredibly promising going into Worlds.

Although this series did not paint DRX in the most glowing light, they are a team that still shows promise. With their place at Worlds locked in, if they are able to fix their wonky drafts and coordination issues around objective fights, this team still looks as though they will be able to take games off some of the world’s strongest.

The discussion for Damwon, now that they have secured one of the most convincing LCK victories of all time, is whether they are considered favorites to take the World Championship. With Korea’s performance internationally having taken a nosedive in the past two years, many fans have written off the region as victors of the past, unable to win again now that China’s reign of dominance has begun. With Damwon’s talented solo laners and mastermind jungler, however, they pose a genuine threat for the title against tournament favorites like Top Esports and JD Gaming.