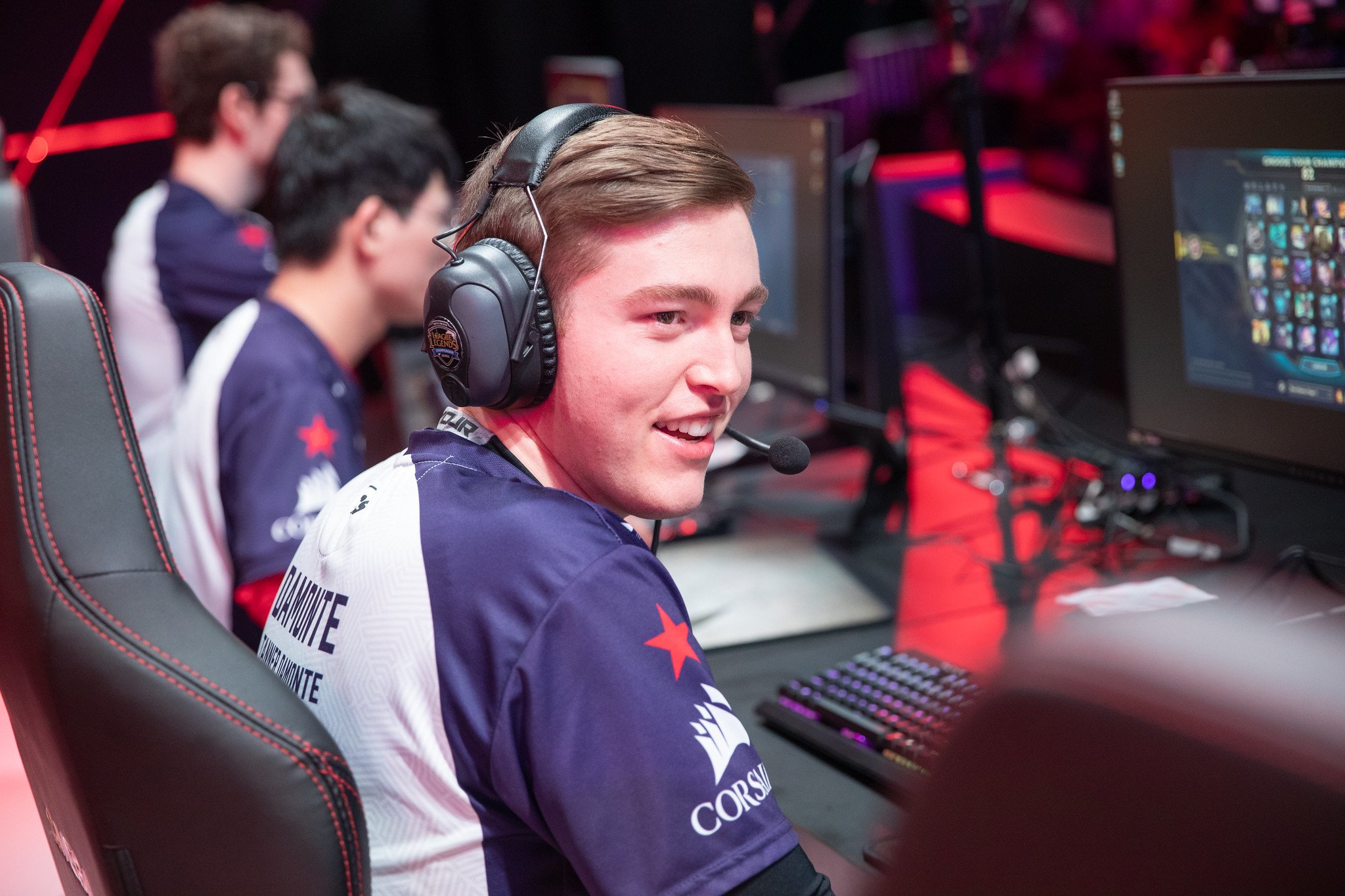 Clutch Gaming is a team in flux. The on-stage product hasn’t been as good as expected—they’ve struggled since making the playoffs in their first split a year ago. Off the stage, there are persistent rumors that Clutch’s owners are working on a buyout with Team Dignitas.

The interesting thing is that the uncertainty has caused the team to focus even more inwards, both on who they are as players and as a team, as well as how they want to play on the Rift. Clutch mid laner Tanner Damonte told Dot Esports that he wants the team to bring on a new attitude in the Summer Split.

“I’m trying to create a brotherhood,” Damonte said. “I’m trying to unite the team and make it less like five individuals and more like one team.”

Through unification both in and out of the game, Damonte hopes he can forge a unit that transcends the chaos, one in which his teammates understand each other better. They’ll need that trust because the way Clutch wants to play—fast and aggressive—won’t work unless every player is on the same page.

A split in the team

It was clear that being on the same page was a struggle for Clutch in the Spring Split. The most egregious examples were numerous times where jungler Nam “LirA” Tae-yoo got caught in the river or on the enemy side of the map. Meanwhile, top laner Heo “Huni” Seung-hoon died 53 times, by far the most among LCS top laners, either because he was pushing while cut off from the rest of the team, or because he tried to make too much happen on flanks and teamfights.

To Damonte, the reason Clutch were out of sync has to do with the players’ relationships outside of the game. It’s common for teams to face a split between imports—Clutch had three Korean imports—and domestic players. That was the case for Clutch last split. It wasn’t that the Koreans struggled with English, but Huni, LirA, and bot laner Chae “Piglet” Gwang-jin were more comfortable hanging out with each other than with the rest of the team.

That all is supposed to be changing now. The team is trying to do more things together and create a better atmosphere.

“All five players are putting in more effort to actually be a group,” Damonte said. “People are actually hanging out with each other. Things have been way more relaxing and it’s more fun too. Honestly, fun is a pretty important thing. When you look at all the LCS teams, it’s important that the players all like each other and they want to unite to have the same goal.”

And it isn’t just about the other players. Damonte points out that he learned a lot about himself through Clutch’s struggles in the Spring Split.

“[I was] learning how to be a better teammate,” Damonte said. “We had a lot of players with really big egos, myself included. It taught me that stuff like that doesn’t really matter. All the best teams, all the best players don’t have huge egos. Maybe they look like it from the outside but at the end of the day they’re team players.”

Perhaps the bonding was accelerated by the arrival of a new player, Cody Sun, who was promoted to the LCS squad to replace Piglet at the beginning of the Summer Split. Cody Sun and Damonte talk frequently, with Cody Sun often telling his mid laner “Yo Tanner, let’s make finals, I want to do this.” Sometimes having new blood can bring players closer together.

It also helps that Cody Sun fits the team’s mantra of playing fast and aggressive. Clutch saw what teams like Invictus Gaming and G2 did at MSI, and thought that style fit them as well.

“We’re a really fast team,” Damonte said. I wouldn’t hesitate to say that we probably will be the fastest team in LCS next split. Either winning or losing.”

That style certainly fits Cody Sun, who made it to Worlds on Immortals two years ago by playing aggressive in the lane phase. That player disappeared last year on 100 Thieves, and his departure from that squad came under a cloud of controversy. Damonte is confident that those issues are firmly in the past, calling the whole situation “unlucky” for Cody Sun.

The player that’s actually taken the longest to come around to the fast-paced style is LirA, who as the jungler, is often called upon to push the pace. You could see places where LirA was uncomfortable in pressuring the jungle early last split, and he made a series of mechanical mistakes as a result. But even he has come around.

“We’re playing a lot of what you saw at MSI from G2, Invcitus Gaming,” Damonte said. “That’s our natural playstyle—Huni really wants to play fast, I want to play fast. I would say the one person that doesn’t really fit the playstyle is LirA, who tries to play a more controlled style. But he watched MSI and I think he’s realized that the game is meant to be fast. You have to be able to do stuff that isn’t 100 percent plays. That’s how you win games now.”

As for Damonte individually, he’s still trying to learn as much as he can from Huni and LirA. It’s clear that Clutch need Damonte to step up as a star, and he’s definitely shown flashes. But he feels like he needs to be more consistent to match the level shown by the Korean veterans.

He also wants to work on closing games. Clutch’s early game last split wasn’t pretty, but they were able to find leads with Huni and Damonte on aggressive champions before letting it all slip away. They have to stop doing that if they want any shot at success this summer.

“Individually, talking mechanics, ability to lane, to play the game, I’m just as good if not better than every other player in LCS,” Damonte said. “I’m lacking more the team play aspect of League and knowing how to actually win the game as a unit. It’s just something that comes with experience.”

That’s where it gets concerning for Clutch. You could say that about all five players on the team—great mechanically, but with questionable decision making. Sometimes, Clutch can go too fast, trying to do too much to win games. Sometimes, it’s the opposite. In their opening match of the Summer Split against OpTic, it was the opposite—the team never gained side lane priority with champions meant to splitpush. They just sat mid lane and waited while OpTic scaled.

Damonte thinks the team needs to learn how to make better calls while still going fast. It’s a delicate balance—you want the team to be unified enough that they trust each other’s calls. But you also need to have enough trust so that players can disagree constructively.

“The ability to call off our calls,” Damonte said when asked about what would make Clutch successful in the Summer Split. “We have a lot of players who, if someone brings up a play, a lot of people will say ‘yes’ rather than ‘no.’ Once we’re able to have everyone tell each other ‘no’ to a play, it’s gonna improve the team a lot.”

That’s a lot of stuff to think about: Going fast while making the right calls. learning to be consistent when your veterans sometimes make mistakes, respecting each other as people first so you can dominate the game, and creating a brotherhood in the hectic and ever-changing esports industry.

Clutch have a lot of wood to chop before they can get it all right. They’ve already changed some things up and are determined to be more coordinated. But they also know that every LCS team has the same goal—everyone saw those MSI games and wants to play with tempo. It’s easy to talk about being together before the games start, but how unified Clutch look a few weeks into the split will be a big sign of how much they’ve really changed.