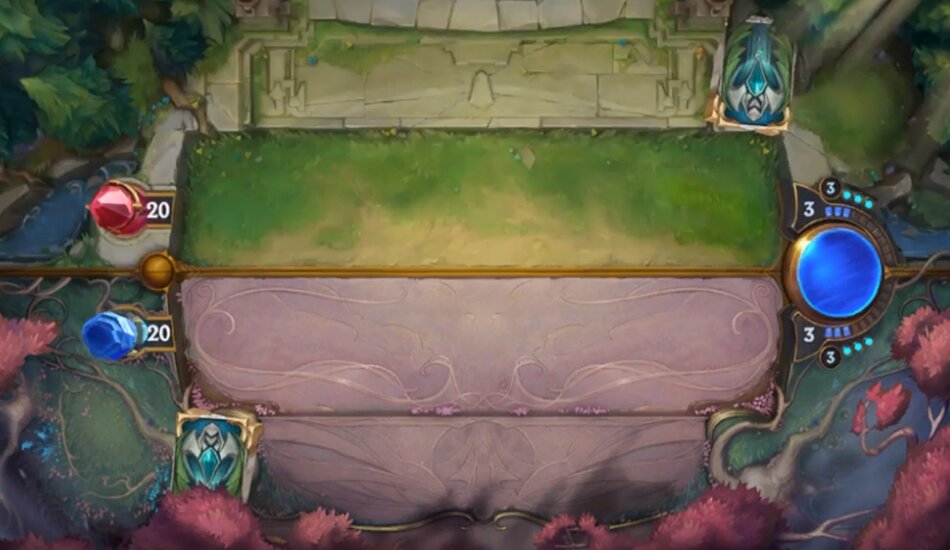 Set to release on Jan. 24 in open beta, LoR is stepping up its game board customizations. The free-to-play CCG will include a battlefield game board aptly named Summoner’s Rift. But players have the option to purchase six other game boards upon the release of LoR.

Each LoR game board includes visual effects and thematic music that fits its region. When playing against an opponent, the game board of their choosing will also appear. This unique visual experience adds to the player experience even if it has no effect on the outcome of a match.

Each game board offered during the open beta launch will cost 990 coins, which is around $7 to $8. Coins are available in the LoR store with six denomination choices.

Three pets, known as guardians, are also being released along with the LoR open beta launch. Players can opt to have either Gromp Jr, T-Hex, or Snapper cheer them on from the sidelines during a match. Prices of the LoR guardians haven’t been confirmed, but it’s projected that they’ll cost around $5.

Update Jan. 22 2pm CT: Coin denominations were removed due to changes from the closed beta to the open beta. An updated list will become available upon the game’s launch.