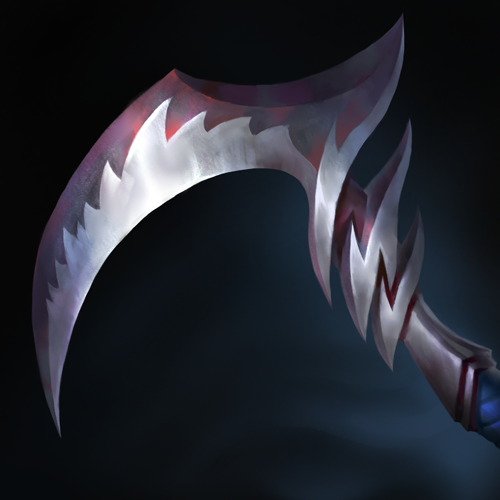 Introduced in patch 5.22, about four months prior to the writing of this article. I think I’ve seen it used less than once per month, and I play every day.

When I do see it used, my reflex is to think “Oh boy, someone doesn’t know what they’re doing.”

In the spirit of the principle of charity, I’d like to believe that they do know what they’re doing.

Many of us see this item and immediately write it off, we’ve seen it derided in reddit comments, or even by streamers. A general non-scientific gut feeling inclines us to agree, but hold on. Something doesn’t make sense.

Riot wouldn’t add an item that’s completely useless in 100% of scenarios, and then just leave it there, taking up valuable space in the store, would they? Surely, there are some ideal situations where Cull pulls ahead. Let’s take a look at the numbers.

If we make the naive assumption that a player is capable of farming and laning equally well with either item, then Cull offers a gold advantage (once sold) of 900 over Doran’s Blade.

Of course, in the real world, starting item can have a big impact on your lane. All else being equal, the player with Doran’s will beat the player with Cull in a straight-up fight. In particular, the +80HP is roughly equivalent to one autoattack at level 1. If you walked up to the other adc with an identical setup, one with cull and one with Doran’s, and just autoattacked eachother to death? Doran’s wins every time.

But, this is unlikely. You’re probably playing with and against an uncoordinated group, one which doesn’t focus-fire, or doesn’t always land their skillshots. If you think your fights won’t come down to one autoattack’s worth of difference–or if you think you can avoid all-in skirmishes entirely, then the question becomes one of poke and sustain.

For poke, Doran’s wins, by the absolute minimum possible amount. If you think 1 AD will make the difference between getting poked out of lane or not, then Doran’s is the way to go.

For sustain, we’ll need to apply some mathematics.

I’ll use Lucian as an example for your Doran’s Blade wielding target, as he is the most commonly picked adc in North America currently sitting at a 43% play rate. His base armor is 24, plus 9 from seals gives us a starting value of 32, which is about 24% damage reduction.

I think that assuming equal trading behavior, the sustain from cull’s on-hit will negate the +1 AD from Doran’s, even without factoring in things like attack speed steroids (Tristana, Kog’Maw, Jinx, Twitch) or on-hit abilities (Ezreal, Lucian) giving more benefit to on-hit than life-steal.

Life-steal does outscale on-hit, however. Some might argue that keeping Doran’s Blade in your inventory until forced to sell it makes those stats worth it. I would argue that the health gain difference between 3%LS and +3HP/hit is negligible until after Cull has reached it’s potential, and then the gold can be used to pull ahead of the stats that Doran’s Blade provides.

So. If your champion is a late-game hypercarry, and you have a protective support, and you are confident in your own map awareness and ability to survive lane phase, I recommend giving Cull a try.

Just try not to let the haters get to you, they hate when sheep try to stray from the pack. Be like the wolf, and Cull the herd.