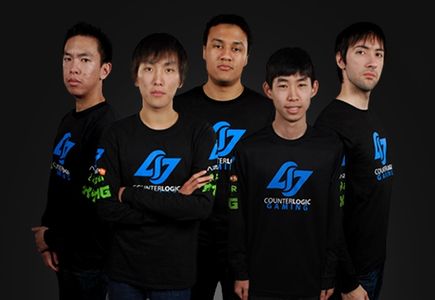 Since the dawn of the LCS, Counter Logic Gaming has never been a standout team. Across three seasons, five splits, and numerous roster changes, the organization once known for their domination of North America was plagued with inconsistency and a variety of internal issues. As a result, the team experienced four first-round exits in the playoffs and two visits to the Promotion Tournament, putting their LCS lives in jeopardy. Prior to the summer of 2015, CLG’s third-place finish in the Spring Split of Season 4 was their highest placing in team history, worsened by the fact that they fell 2-1 to long-time rivals Team SoloMid to miss the North American Finals. In a year’s time, with a second straight winless performance in the playoffs against Team Liquid, few fans remained faithful that their favorite squad could pull themselves together and challenge TSM and C9 for the throne.

Following the aforementioned playoff loss and much scrutiny from the League community, CLG’s mid laner Austin “Link” Shin stepped down from his starting position which he had held for the past two and a half years, adding himself to the extensive list of former CLG players who had met the same fate. By the start of the Summer Split, the team had settled on Link’s replacement- rather, replacements. Bringing in the mid lane duo of Eugene “Pobelter” Park and Jae-hyun “Huhi” Choi, as well as a new coach in Chris “Blurred Limes” Ehrenreich to replace the recently departed William “Scarra” Li, the organization looked to finally find the answers and become the top-tier team that they and their fans have always known they could be.

CLG started the Summer Split with a 7-1 record, dropping one game to TSM before losing their next four in a row in mostly embarrassing fashion. Unlike past splits, the team was able to fix their problems and play as a team to close the split on a 6-0 storm. Sitting at a final record of 13-5, Counter Logic Gaming had qualified for their first playoff bye in the team’s history. Perhaps, with the threat of another first-round exit off the table, the organization could put together the perfect playoff run to send themselves to Worlds for the first time in three years.

These dreams came to fruition as CLG breezed past Team Impulse in the same manner that the latter had beaten Team Dignitas a week prior: 3-0. Although the games weren’t as clean as they could have been, CLG showed proficiency in playing from behind, and even seemed to have improved their teamfighting over the three-week break. The critics were silenced, at least temporarily. Counter Logic Gaming was headed to their first ever LCS Finals, finding out a day later that they would be facing Team SoloMid for the crown. Nobody could have scripted it any better.

Madison Square Garden: one of the most historic sporting venues in the United States, and the site of the North American Summer Split Finals. After watching Team Liquid win the third-place match the day before, CLG’s Worlds fate rested in the hands of one best-of-five. Win and go to Worlds as the top seed, lose and be forced into the gauntlet. With this in mind, CLG was able to capitalize on virtually every error that TSM made throughout the series- picks, bans, teamfighting, you name it. CLG put on an impressive and miraculous performance that nobody saw coming, ending the series in three one-sided games with a Doublelift pentakill to boot. Their potential was realized, and the faithful were rewarded. Counter Logic Gaming had earned a spot at the World Championship.

Looking ahead to Worlds, as well as the Group Draw occurring on September 12, opinions are mixed on CLG’s chances. Though they have one of the four coveted #1 seeds, the quality of top-tier teams from around the world is very threatening. With the luck of the draw, CLG could find themselves in the quarterfinals, while a menacing group stage will likely put an early end to their travels throughout Europe. Regardless of where they place, being able to reach the most esteemed tournament in competitive League of Legends is a momentous achievement for an organization that has seen limited success in recent years. If CLG maintains their high level of play from the North American playoffs, their future looks to be anything but bleak.