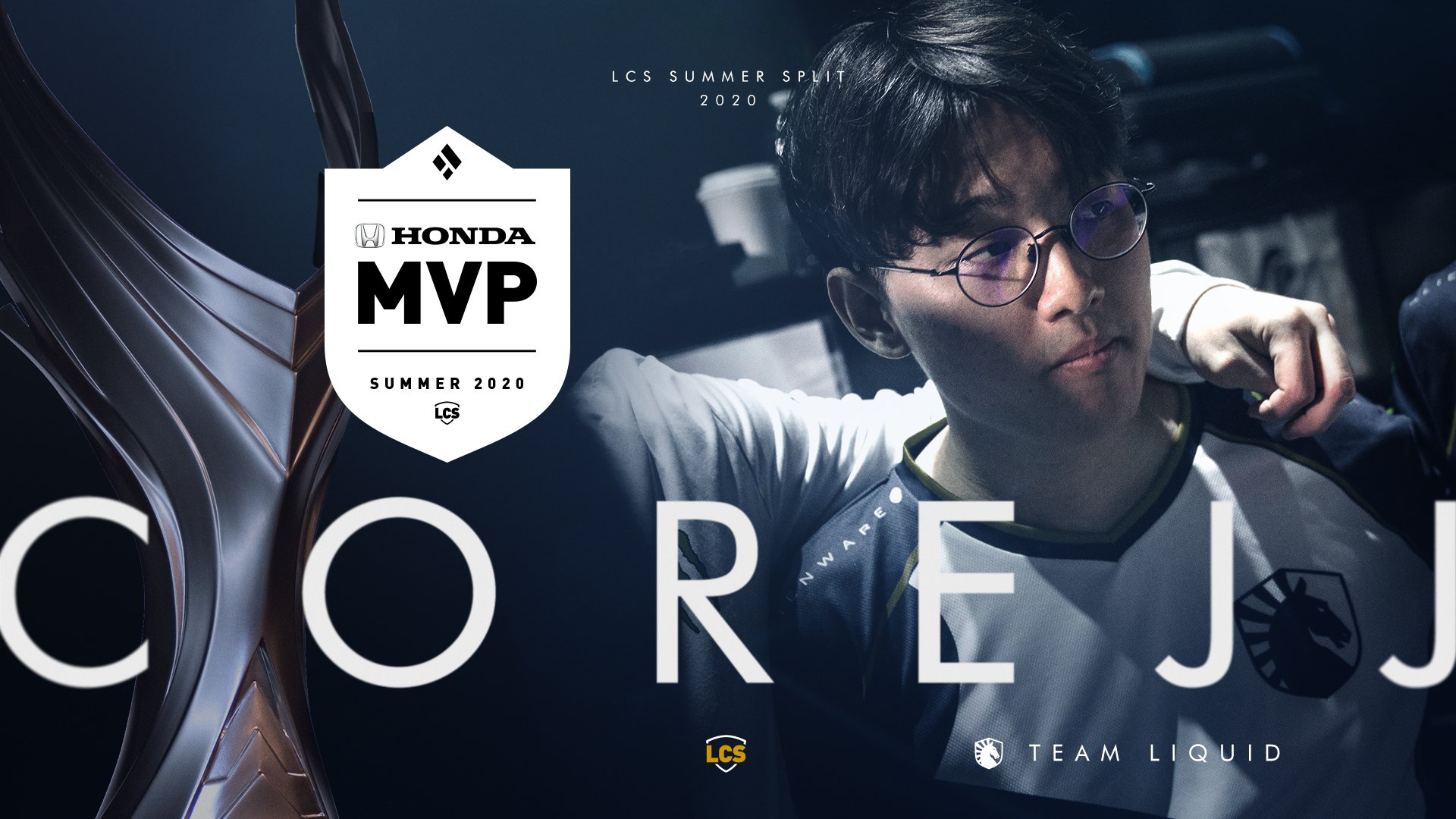 Team Liquid’s superstar support CoreJJ earned the MVP award for the 2020 LCS Summer Split today. His contributions to his team were significant enough to beat out TSM’s Bjergsen and Cloud9’s Blaber for the award.

This was CoreJJ’s second year with Liquid after joining at the end of 2018. After winning two straight NA titles, he and the team went through a rough 2020 Spring Split where multiple problems came up all at once.

From Broxah’s visa issues to Doublelift’s lack of motivation, the team never had a chance to build any synergy together. They switched out junglers throughout the split and never had a way to reach the potential that so many people believed they had when their roster was first announced.

As a result, they finished in ninth place with only seven wins in the split. Doublelift eventually parted ways with Liquid and joined up with TSM, while rookie AD carry Tactical was called up to take his place. Not many fans expected Liquid to finish in first place this split, but that’s exactly what they did.

With CoreJJ’s brilliant leadership skills and sharp support abilities, Liquid finished with a 15-3 record. His stats remained impressive and he stayed calm and calculated in multiple clutch moments. Additionally, he helped guide Tactical into becoming one of the best ADCs in the region.

Related: From Academy to Worlds: How Tactical became one of NA’s budding stars

Liquid did lose to a surging FlyQuest squad in the playoffs, which means CoreJJ will have to face off against his old running mate Doublelift and TSM. This should be an explosive matchup with plenty of exciting moments between two MVP candidates in CoreJJ and Bjergsen.

You can catch all the action when TSM and Liquid come together on Saturday, Sept. 5 at 3pm CT to battle for the last spot in the 2020 LCS Summer Finals.