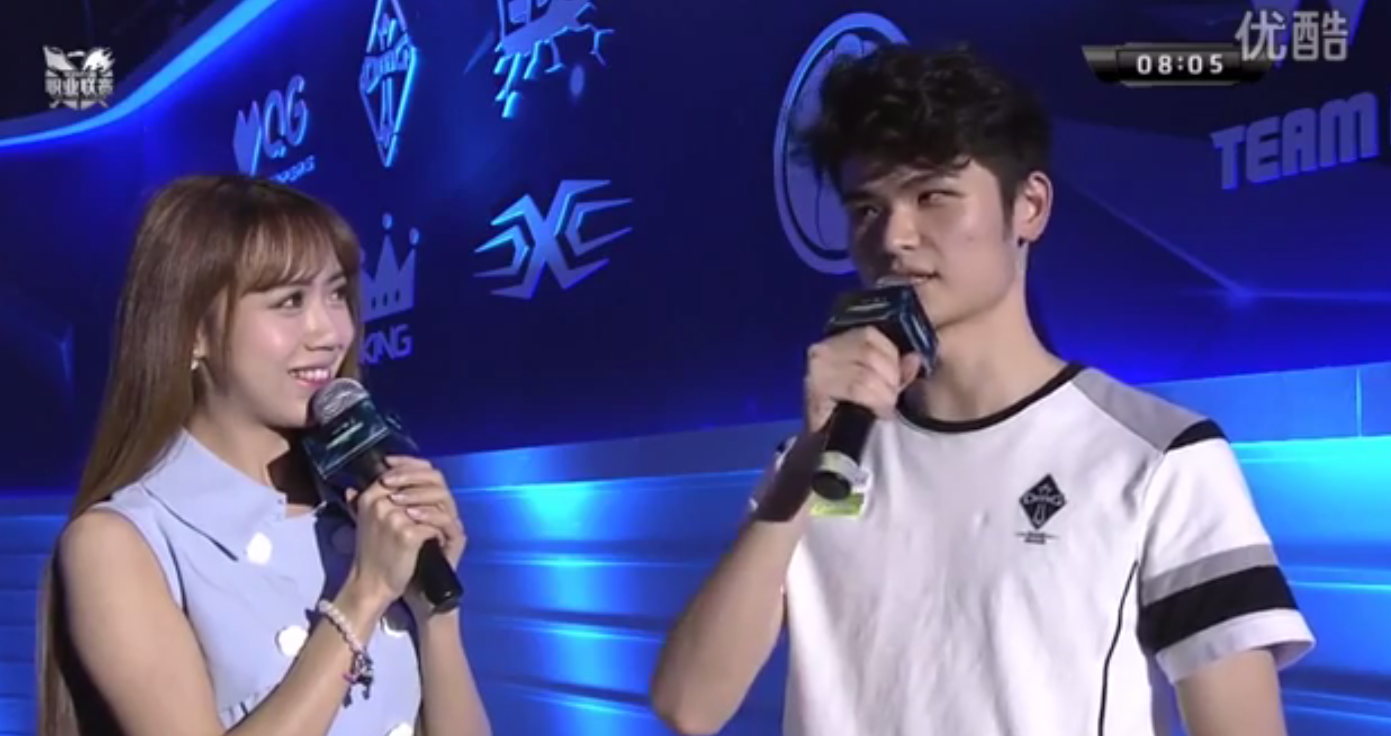 Congratulations to OMG on their 2-0 victory today. We’ll be interviewing OMG’s mid laner, Cool! Say hi to everyone~

It seemed like all of your teammates performed really well in these two games. What do you think?

Cool: Today, we were able to perform as well as we do in scrims. Normally, this is how everyone plays in scrims.

I feel like the momentum was really on your side from beginning to end. In this last game, OMG was very aggressive. Sometimes, four or five of you would go out of your way to initiate and catch someone out. Is this something you practiced?

Cool: This is just our play-style during these kinds of competitions. If we find an opportunity, we’ll go for it without hesitation.

Cool: These few days, I’ve been practicing Varus–and he’s been really popular in competitive play too. I really wanted to play him so I picked him.

Did you feel like it was a pretty good pick?

Where in particular are his strengths?

Cool: He’s good during laning and in team-fights. He’s good at dealing out damage.

Who do you feel performed the best on your team today?

Cool: I honestly feel like everyone did really well today. As a mid-laner, I felt like all I did was throw out one or two abilities in our team-fights. I really don’t know who performed the best. I feel like it was pretty close.