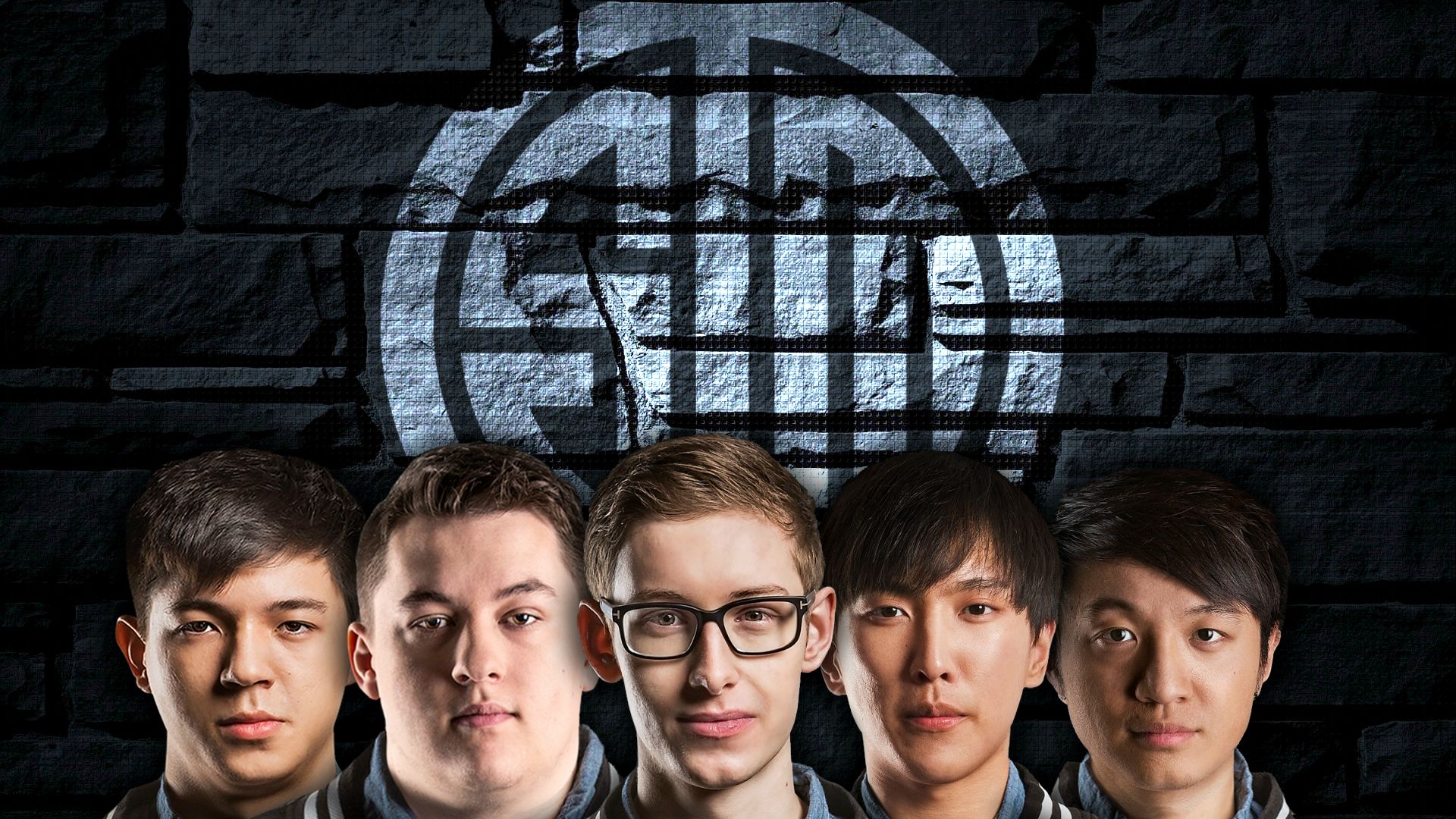 One of the most common storylines in traditional sports is the power of continuity – the idea that players get better at playing with each other the longer they stay together as a team. As LoL e-sports grew, fans began porting the idea of continuity to League of Legends teams. On the surface, this makes sense. Continuity is a powerful tool, and we’ve seen players get better and better at playing with each other as time went on. Because teams like Moscow 5/Gambit, Cloud9, or OMG who stayed together for a long time were supposedly able to overcome their opponents with their flawless synergy, many fans believe keeping teams together whenever possible is the best strategy for success.

However, the lionization of continuity ignores an important point. In professional sports, the average career lasts nearly 5 years, and stars can last 1-2 decades. In competitive LoL, only the rarest of stars remain in top form for 3-4 years, and it’s not uncommon to see performance plummet even from star-level players. TSM’s own WildTurtle received worldwide respect in Season 3, but was one of the weakest North American players at his position just two years later. To make matters worse, players rarely recover after steep declines. The aforementioned teams, Moscow 5, Cloud9, and OMG all saw their greatest success as 5-man lineups at the beginning of their tenures. With all of their players in their primes, they were able to simply overwhelm their opponents and execute plays from a comfortable early-game margin. Near the end of their time together, they became more and more reliant on out-lasting their opponents with synergy because they had to struggle to cover for underperforming former stars such as Darien, Balls, and bigpomelo.

Continuity in League of Legends struggles against a much more powerful force – the individual skill ceilings of players. The rapid decline of League pros means that teams usually can’t afford to keep underperforming star players on their roster for long. Similarly, the short lifespans of current star players means that teams hoping to contend for championships can’t wait and see if their new rookie players will develop. LoL’s ever changing landscape, specifically gameplay patches, simply emphasizes this problem.

TSM has a history of defying continuity

Other North American teams, such as CLG or Curse/Liquid, have shown a tendency to grab talented players hoping that they can mold them. These organizations believe that if the talent is there, they can simply keep players together for a long time and hope that they can learn to play with each other. Reginald and Team SoloMid have generally ignored the idea of continuity, a decision which e-sports history has supported. No other team has seen more success by ignoring continuity more than TSM.

Two of TSM’s three NA LCS titles came in seasons when they made mid-season roster swaps. In the Season 3 Spring Split, TSM removed the underperforming Chaox in favor of the talented WildTurtle, a decision which Turtle rewarded by carrying the team to their first LCS title 3-2 over Good Game University. In the Season 4 Summer Split, TSM removed the inexperienced Gleeb in favor of Lustboy, a top 10 support in the world and, after his debut, arguably the best player in North America. In both instances, commentators were worried about roster fit, but TSM’s new acquisitions simply did the same job as their predecessors, only better. In Chaox, TSM had an underperforming carry player. Turtle not only brought superior backline teamfighting but also a more aggressive playstyle to pair with Xpecial. Gleeb’s main role on TSM was to ward for mid lane and assist Amazing in scoring vision – a job which Lustboy had previously mastered at a much higher level at OGN. As a result, TSM’s new acquisitions almost instantly meshed with the team – TSM’s other players were already used to playing with similar players, the new players just did the job better.

TSM once again showed a similar knack for identifying players that fit well into their system when they considered replacing WildTurtle with KEITHMCBRIEF in Season 5. One of TSM’s main strategies involved repeatedly shuffling Turtle from lane to lane to feed him gold and help him avoid his poor laning phase. As a result, Turtle had one of the higher gold counts in the LCS, but due to his poor and overaggressive teamfighting, he was unable to convert the advantages his team gave him into in-game value. In KEITH, TSM saw a much more consistent backline threat who could perform similarly when given a high amount of resources. TSM ultimately chose not to sub out WildTurtle, a decision which may have hurt them in the play-offs. Although TSM managed to make it to the finals, they were swept 3-0 by CLG in large part due to Doublelift’s superiority over Turtle.

The new TSM displays a challenge that Reginald and his team have never seen before. Whereas TSM’s previous roster changes involved subbing players into an already existing system, this new team will have to build a new system from scratch. However, Reginald has once again actually chosen players who bear striking similarities to superior versions of TSM’s former players. Many all-star lineups have struggled to piece their teams together. TSM’s players come from very different systems, but also intuitively fit together in such a way that it’s easy imagine a SoloMid lineup streaking out of the gate and instantly finding success at IEM.

Without a doubt, ex-Gravity top laner Hauntzer is the biggest question mark on this TSM roster. While the other players bring years of experience (and all have gone to Worlds) Hauntzer has done his best work on Challenger team LoLPro and middle-of-the-pack NA org Gravity. However, Hauntzer’s gameplay bears a striking resemblance to an in-his-prime Dyrus. On Gravity, Hauntzer proved that he could succeed in adverse low economy situations while showing off one of the larger champion pools in the West. On this TSM team, it’ll be easy to see him sliding into Dyrus’s old-role as a supportive teamfighter who can carry in certain scenarios and match-ups when given the resources. However, Hauntzer brings much greater wildcard carry potential due to his strong laning and split pushing. Individually, he’ll have to curb his tendency to make critical errors if he wants to serve as a key “glue guy” for this TSM lineup.

While Hauntzer is the biggest question mark experience wise, Svenskeren is the player whose gameplay brings the most concerns when it comes to an intuitive fit, but this is where TSM’s significantly upgraded roster may help them. Historically, TSM has always performed best when their junglers take binary gank paths towards the mid and bot lanes. When Amazing tried to bring his invade-heavy style to TSM, the team performed very poorly against top-tier teams until the German jungler changed his playstyle and focused on ganking for Bjergsen and Turtle. For most of his career, Sven has found the most individual success in lane-shove set-ups where he is free to invade and kill the opposing jungler. In this regard, he’ll receive the most help from the newly paired bot lane duo of Doublelift and KaSing. On CLG, many of Double and aphromoo’s early game kills came off of catching teams in the middle of rotations, and KaSing was a similarly strong roaming player on H2k. If TSM can play up their bot lane’s roaming experience while bringing back Sven’s old synergy with Bjergsen from their NiP days, the Danish jungler will destroy his opponents with his versatility right off the bat. If not, incorporating Svenskeren into their team will be their biggest work in progress.

Franchise stalwart Bjergsen needs little introduction. Last split, he was arguably the hardest carry in the world in terms of how much his team needed him – he dealt over 40% of TSM’s damage. This year, surrounded by other competent dealers, it’ll be possible for Bjergsen to take a step back. Oftentimes, Bjerg found himself playing support mages such as Lulu or Orianna in an attempt to complement WildTurtle’s aggressive playstyle. Unfortunately, his team still needed him to do over two-fifths of their damage when he was on those picks due to Turtle’s inconsistent teamfighting. On this TSM team, Bjergsen’s versatility will be a crucial part of getting the team off the ground as soon as possible. Although he is the returning franchise player, he’ll have to be flexible. He may have to return to support mages to keep Doublelift alive, and without an established shotcaller, Bjerg may once again have to take up the reins when it comes to communication. On the other hand, the dream scenario is for team’s new independence to unleash Bjerg on DPS and assassin champions – if he could do so much damage on supportive champs, he’ll be an even bigger threat on his beloved carries.

On the surface, Doublelift is the least versatile player on this TSM line-up. Every single iteration of CLG that has featured the brash gunslinger in a starring role, sometimes over the criticisms of his teammates. However, a closer look reveals that Doublelift is stepping into some very fitting shoes – although he was generally considered a supporting player due to his low damage output, former TSM AD WildTurtle received gold income equivalent to that of a star carry player. In Season 5, Doublelift received only 2% more of his team’s gold than WildTurtle, and that 2% is more than accounted for when considering that Doublelift exited laning phase over 300 gold on average than WildTurtle. TSM will likely have to funnel resources into Doublelift, meaning that the low econ abilities of Hauntzer and Svenskeren will be particularly important. However, Doublelift brings a much better track record of teamfight success than his predecessor, sometimes singlehandedly carry a poor teamfighting CLG to wins off of his kiting abilities.

All things considered, KaSing is the most sure-thing on TSM’s new roster. A fantastic communicator who helped turn former “tilt-team” H2k into a scary EU LCS contender, KaSing is just as  strong in-game as he is out of game. KaSing is above-average to fantastic at all elements of support play, from laning to teamfighting to vision control. Already considered one of the three best supports in Europe last season, he’ll just have to keep up his level for TSM to succeed in the bot lane, especially because H2k played a mid-bot centric style that could highly resemble what TSM brings out next season. On TSM, KaSing may have to take increased shotcalling responsibilities to alleviate some of the mental strain from Bjergsen. In addition, if he can synergize with Doublelift’s rotation-heavy pick-based style, it’s possible for TSM’s bot lane to reach even higher heights than CLG’s vaunted “Rush Hour” duo.

Although TSM is putting together an all-new roster, the team has historically found success by ignoring continuity in favor of players who intuitively fit together. Although TSM’s new players come from dramatically different systems, there are hopeful signs that the new TSM line-up can bring out the best in each other.

Thanks to MassIgnite from the TSM subreddit, the Daily Dot, and gamer.no for the photos