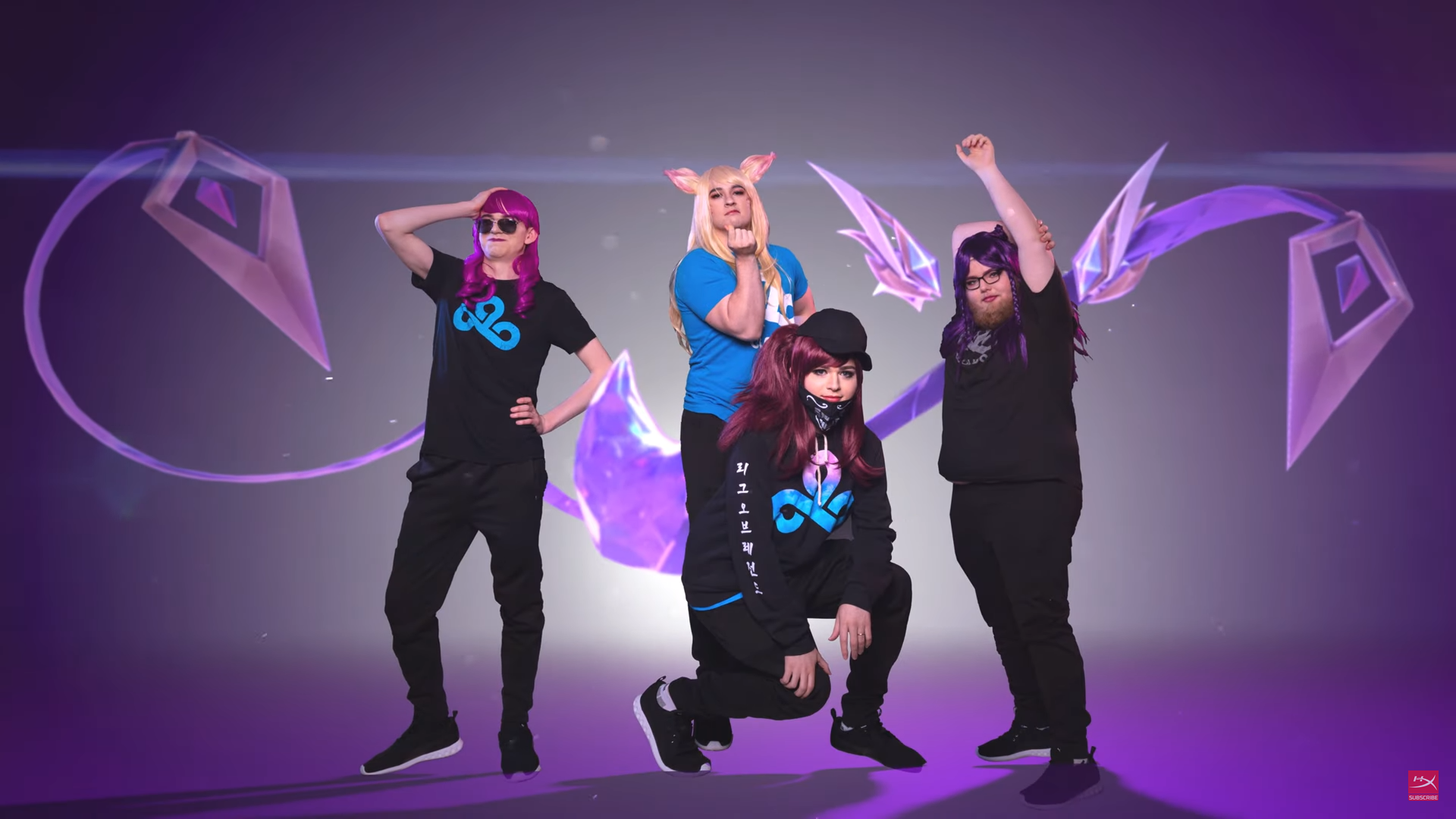 Cloud9 has finally revealed what it’s been hiding from its fans—its League of Legends team has participated in a K/DA group cosplay. Zachary “Sneaky” Scuderi, Eric “Licorice” Ritchie, Dennis “Svenskeren” Johnsen, and Tristan “Zeyzal” Stidam all put on their best K/DA faces as they posed for some themed pictures.

The only C9 player who didn’t participate in the cosplay was the newest person on the roster, mid laner Yasin “Nisqy” Dinçer. “I think cosplay, in general, is just fun,” Nisqy said. “If people are enjoying it, then it can’t be a bad thing, right?”

As many Cloud9 fans know, this isn’t Sneaky’s first rodeo when it comes to cosplaying. He’s been cosplaying for a while now, and has even opened up his own Patreon dedicated to it as well. His most recent cosplay was called Pretty Kitty Sneaky, which was actually for the Riot Games April Fools’ Day stream.

“I guess my team’s reaction was pretty supportive,” Sneaky said. “I mean, they just thought it was funny as well and we were just laughing together. Even now, my teammates make jokes when they see me post one of the pictures, they’re like, ‘Ooh, Sneaky, who’s this on my Twitter feed?'”

Meanwhile, it was probably the first time that the rest of his teammates had ever tried cosplaying—but they were able to take it all in stride. Zeyzal played the part of K/DA Kai’Sa, Licorice was Evelynn, Svenskeren was Ahri, and Sneaky was Akali. It looked like the team had a ton of fun with it, and this should be a good source of jokes for months to come.