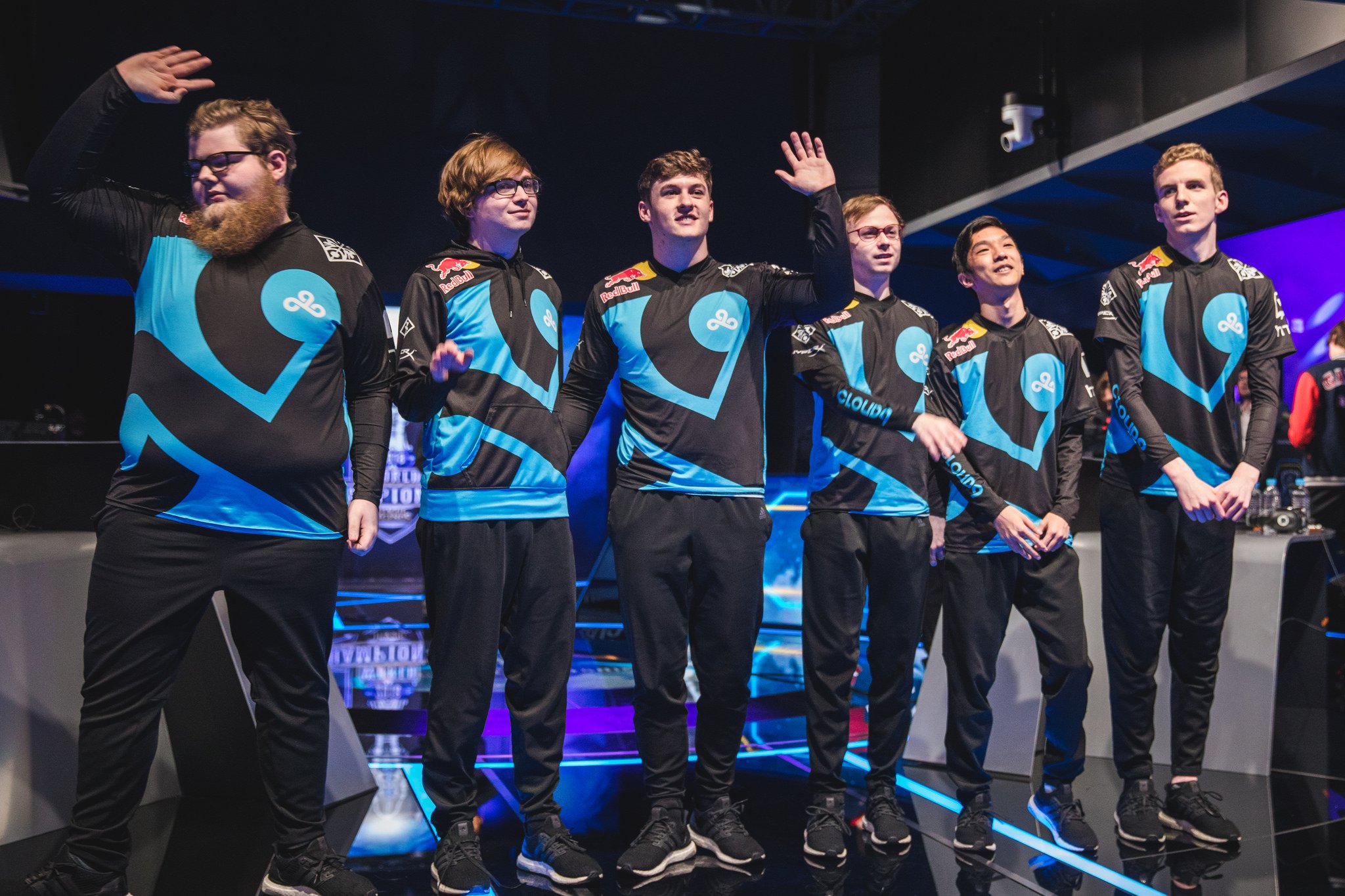 After the first week of the 2018 League of Legends World Championship, we finally know what the “9” in Cloud9 stands for. It’s for the nine lives the team seem to have as they survived disaster after disaster and clawed their way into the main event by the skin of their teeth.

Sometimes even the best teams have off days where they get unlucky. But that’s the thing—Cloud9 have actually had some unbelievably good luck. They could have easily gone 1-3 in the play-in group stage to crash out of the tournament even earlier. And they made major mistakes in nearly every game in their five-set win over Gambit last night.

After that series, nearly everyone was roasting Cloud9. Chinese-speaking fans reportedly killed them on social media. Gambit support Edward Abgaryan said bluntly in an interview afterward that, “Cloud9 is not good.” Cloud9 coach Bok “Reapered” Han-gyu even pulled out the “our star was sick” excuse that has long been a favorite of NA LCS teams who know they’re overmatched at Worlds.

The funny thing is, we had just examined some of Cloud9’s biggest weaknesses a few days ago. Clearly they have deeper issues than those. This time, we’ll take a position-by-position look at exactly what went wrong in the series against Gambit.

For the most part, top laner Eric “Licorice” Ritchie has had a successful first season as an LCS pro. He’s held his own in most matchups and has developed as a player Cloud9 typically build their playstyle around.

The one player Licorice had trouble with in the LCS was former Cloud9 top laner Jeong “Impact” Eon-yeong, who’s now with Team Liquid. Impact has a nuanced understanding of top lane that most other players don’t. He knows how to absorb Licorice’s pressure and spit it back at him in the form of superior lane and teamfight control.

The problem for Licorice and Cloud9? Every top laner at Worlds is like Impact. Even Gambit’s Alexander “PvPStejos” Glazokv, who struggled mightily the whole tournament, made Licorice pay for his overaggression. Time after time, Licorice gave back leads like this:

Licorice had just burned everything getting out of a mid lane gank from Gambit. He wanted to pressure the wave into the turret, but could have simply waited for jungler Robert “Blaber” Huang to show up.

And the worst part? This was a game that Cloud9 didn’t actually need Licorice to do anything. They would have won by default via superior scaling and a Gambit draft that couldn’t contest Baron from red side.

Licorice had several outplays against Gambit, but plenty of plays like that one, too. He gave up lane pressure on Akali in game two. He died a couple times unnecessarily on Singed in game three. Cloud9 clearly prefer him on carries, but he needs to show more awareness to make them work. And his inability to play tanks could be a big issue for the team going forward.

Blaber was thrown into a tough spot during the Summer Split, unexpectedly starting for Dennis “Svenskeren” Johnsen. He wasn’t great in the region
—a lot of Cloud9’s playstyle seemed to be “save Blaber.”

But he’s grown up in front of our eyes at Worlds. His early jungle pathing and coordination with his lanes is sharp. His problem, now, is finding a way to lead his team after the lane phase. Too many times, Blaber’s looked late on big plays:

This isn’t a bad play. Blaber is caught in the Varus ult and wants to get out. But it was one in a series of late or missing Kindred ults that could have saved Cloud9. Once the Varus ult goes out, Blaber has to anticipate the inevitable all-in from Gambit.

With Licorice splitting on Akali, Cloud9 needed to keep the other four players safe. Blaber and support Tristan “Zeyzal” Stidam were unable to do so. That’s a huge part of why Svenskeren was subbed back in after that game. He just has better late-game awareness and anticipation.

Cloud9 mid laner Nicolaj Jensen is under tremendous pressure this tournament. With Licorice playing poorly and bot laner Zachary “Sneaky” Scuderi not a lane dominant player, a lot of Cloud9’s early strategy hinges Jensen’s pressure in the mid lane. He had the only reliable winning lane against Gambit.

In that sense, plays like this are understandable—pressure can lead to mistakes for even the best players. But later in the game, when Cloud9 are struggling to play around objectives, Jensen has to be more active.

At first, the preceding clip looked like a good fight for C9. They were able to take down the enemy ADC with no losses on their own. That’s when Jensen has to organize his team as to what they need to do next: Avoid fighting.

Jensen had no mana on Kassadin. Svenskeren had blown all of his CDs on Nocturne. C9 might as well have been fighting three-vs-five. And look at the way they scattered after the kill: Some look like they want to pressure the mid turret, Svenskeren is heading top side to secure Baron vision, and who knows what Licorice is doing.

Jensen has never been the team’s shotcaller, and we’re not asking him to be that. But he has to find a voice in these moments if only to get the team organized and on the same page, regardless of where the call actually comes from.

Bot lane: What can they play?

One of the most disrespectful moments in the entire series happened in game four when Cloud9 blind-picked Draven on red side. It was as bad pick, especially on red side, where Baron control is an issue. And then Sneaky went out and got obliterated by Varus.

It was difficult to watch, but Sneaky is known for a poor lane phase, so it’s nothing new. But he also used to be known for innovative champion picks, being among the first to pick up Jhin and Xayah. But now, he’s basically a Kai’Sa one-trick. He’s never been a strong Varus player, and Tristana would only accentuate his poor lane phase.

In that case, we may see a return to season six when his most-played champion was Ashe. Ashe gives the team a lot: A strong lane, vision for Licorice and Blaber to stay safe, and a long-range initiation tool.

Even Zeyzal, who’s played at the highest level of all Cloud9’s players at Worlds, has had champion pool issues. Cloud9 refuse to play Tahm Kench despite the safety he offers Sneaky and his control of the lane in the early levels.

A few weeks ago, after Cloud9 made the NA LCS final, coach Reapered was deemed a genius for getting his team of young players to play at such a high level. But as we’ve seen at Worlds, that level is just not good enough. Cloud9 can’t just keep losing the side lanes, losing objectives, and losing their minds in fights. Unless we see a dramatic turnaround, Cloud9 will run out of extra lives fast.