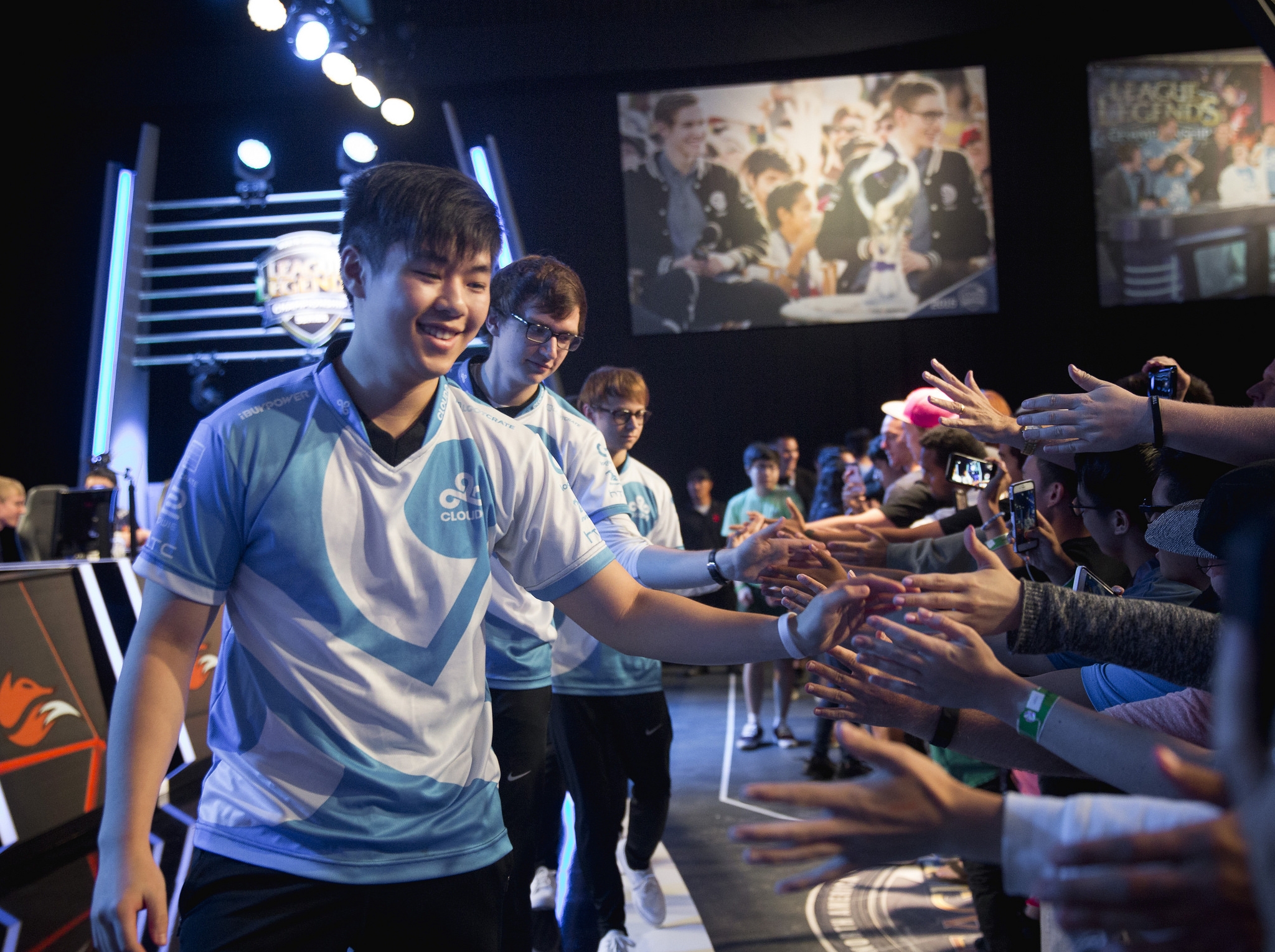 Cloud9 shrugged off an opening-game defeat, en route to a dominant series win over Team Envy in the NA LCS quarterfinals today.

Mid laner Nicolaj “Jensen” Jensen turned around the series with a strong performance on Syndra in game two, tying an NA LCS playoffs record with 14 kills. Jensen, who called Envy “one of the weaker teams” in a montage shown before the match, later obliterated that record with 20 kills on LeBlanc as C9 secured the series win in game four.

The 84-32 kill advantage for C9 in the series was largely a continuation of the regular season, during which C9 won all four of its games against Envy with a 61-16 kill advantage.

Envy, who played some of the longest games throughout the Summer Split, played to their strength in game one by picking a late-game team fight composition with Kennen and Lissandra to dive the backline. Sivir sealed the comp by speeding up the engage, throwing ricochets off the tanks, and cleaning up the scraps.

Envy either tilted or realized they were outclassed by game four when they drafted Lee Sin and Pantheon, two champions that were picked a combined three times during the regular season.

Despite the loss, it was a big accomplishment for Envy to make the playoffs in their inaugural LCS season. They’ll have an outside chance to make Worlds if they can run the gauntlet in the regional qualifier.

As dominant was C9 was against Envy, they’ll have to play even better next week to compete with Immortals, who won both times the teams met during the regular season with C9 only managing to take one game.

Here are the pivotal moments of Saturday’s series.

The potential of Envy’s team fight comp finally came to fruition 40 minutes into the game as Kennen and Lissandra were able to dive C9’s backline.

. @EnVy_Ninja picks up a triple kill as @TeamEnVyUs get four kills in a massive teamfight! #NALCS https://t.co/zW6P3PxxFN

After falling behind early in game two, Envy made a decent attempt to turn the game back in their favor with an aggressive engage, but a perfectly timed Scatter the Weak by Jensen’s Syndra delayed Envy’s advance enough to allow the rest of C9 to eventually join the fight.

Sneaky had picked up an early double kill minutes ago, when Meteos came for this gank. An incredibly timed Flash midway through Bodyslam allowed him to interrupt LOD’s attempt to ride the Thresh lantern to safety.

. @c9_Meteos interrupts the Thresh Express for a kill! #NALCS https://t.co/SnqXlglaYC

It may have not been the game-defining moment, but here’s the moment when Jensen broke the NA LCS record for kills in a playoffs game.

. @C9Jensen breaks the #NALCS record for kills in a playoff game! #NALCS https://t.co/77mKYUWQPf