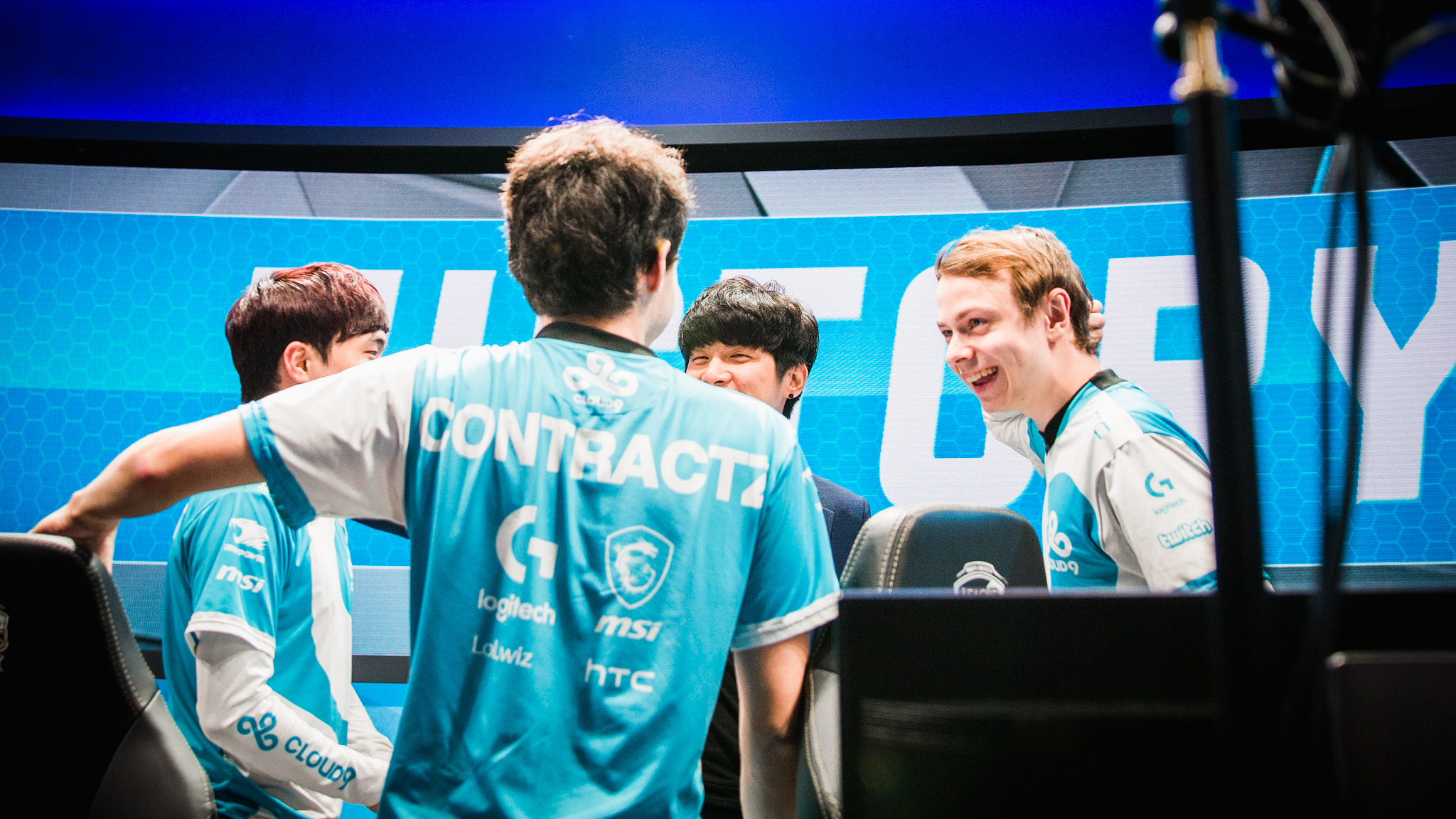 After a stellar run through the 2017 NA LCS Spring Split, the summer has been tough on Cloud9.

For more than half of the split, they just hung around, not quite good enough to break into the top four, but too talented to fall below sixth. For weeks, the team juggled top laners, subbing Jung “Impact” Eon-yeong and Jeon “Ray” Ji-won in and out with no discernable method.

But a few weeks ago, the team seemed to have finally made a determination, putting Impact in for good. His first series was a lopsided loss to Team EnVyUs. But the next couple weeks went better, as C9 ran up a four-match win streak to take into Saturday’s revenge series against EnVyUs.

The first game had little to do with the top laners, however. While Impact and Shin “Seraph” Woo-yeong dueled in the top lane, all the action was happening on the bottom side of the map. EnVyUs’ ADC, Apollo Price, has been better of late, but plays like this are why he’s so inconsistent.

The C9 carries got so fed off the early game that EnVyUs really had no chance to come back into the game. With a chance at a closeout game, Impact showed no remorse. He dominated in a way we haven’t seen in a while, totally bullying Seraph out of lane—before minions even spawned. Any time Seraph ventured too far forward, Impact punished him relentlessly.

All that pressure eventually resulted in EnVyUs scrambling top side when that wasn’t their original plan. Still, when EnVyUs found openings elsewhere, they were able to make some things happen. C9 have become infamous for split calls and poor coordination around mid lane, mainly because of plays like this.

C9 weren’t united on whether to turn or fight. Nicolaj Jensen was late yet again and Andy “Smoothie” Ta didn’t use the Taric ult proactively. It was just a mess.

The rest of the game turned into a bit of a game of chicken. The team initiating, whether it be C9 or nV, would often get kited and routed while the side with superior disengage won the day. The game-ending fight went C9’s way when nV just couldn’t get out of the Zac ultimate.

That’s why pro teams still ban Zac on red side.

Just like last year, C9, and Impact especially, are finding their stride as the season nears completion. Remember, they looked disjointed at the beginning of the 2016 Summer Split too—and turned that all the way into a showing in the LCS playoffs grand final and a quarterfinals appearance at Worlds.

Cloud9 have put the rest of the region on notice with their current win streak. We’ll see if they can end in an even better spot and hang another championship banner in the rafters of the NA LCS studio.