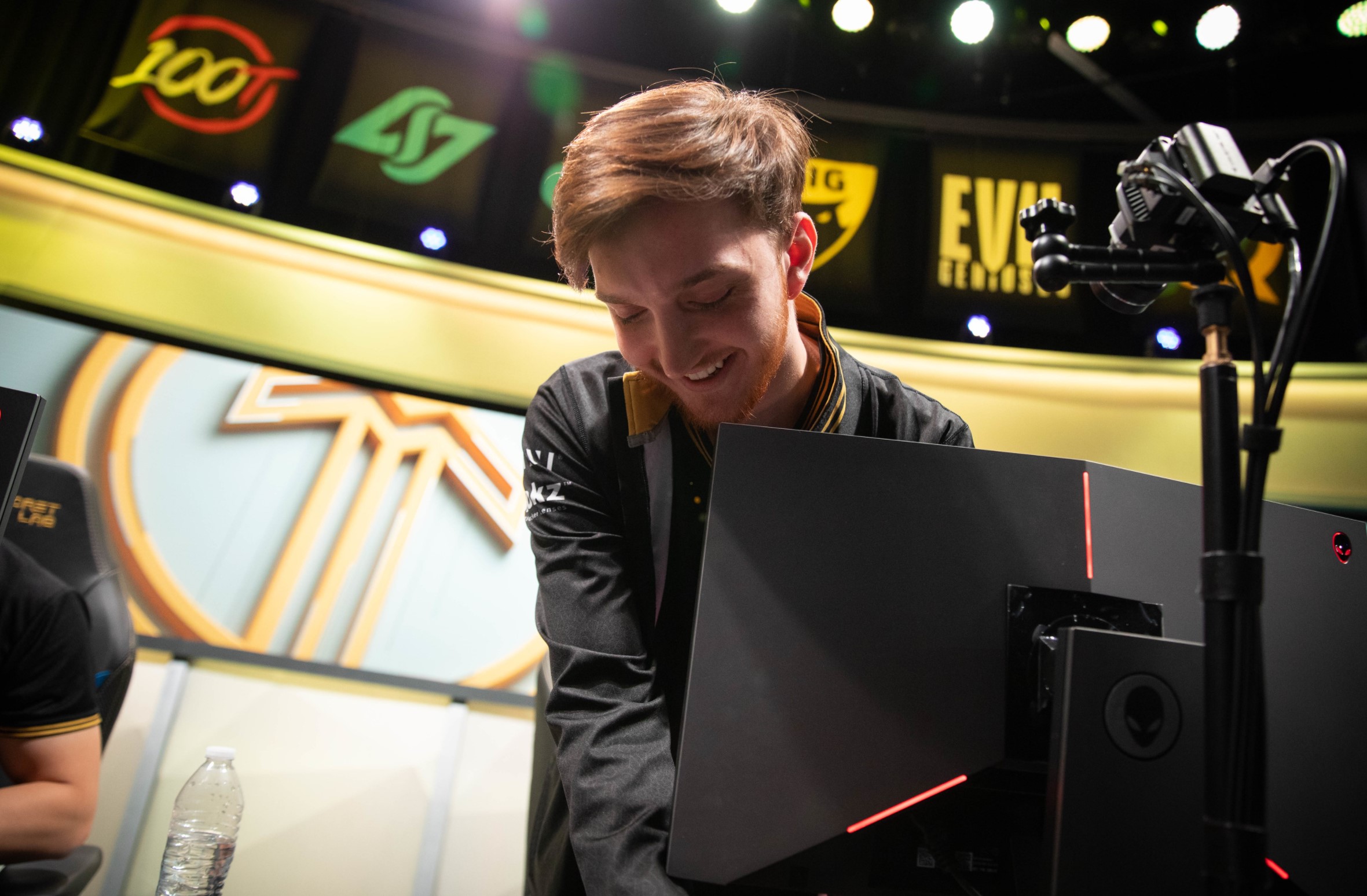 For the first time this season, 100 Thieves are reeling. They’ve lost three of their last five games and have missed several opportunities over the past two weeks to close the gap between themselves and Cloud9 at the top of the 2021 LCS Spring Split standings.

Despite 100 Thieves’ recent struggles, the League of Legends team has built up enough of a cushion to sit in second place heading into the final two weeks of the Spring Split. 100 Thieves’ solid 8-4 record puts them in a tie with TSM after 12 games and both teams sit just two games behind first-place C9.

But 100 Thieves jungler Closer isn’t worried about the standings. His eyes are squarely locked onto the playoff bracket.

“It’s not going to be easy and the [problems] are just part of the process,” Closer told Dot Esports after his team’s performance this past weekend. “Yes, we’re having problems going into the playoffs, but we’re not in the playoffs yet. Losing and making mistakes now is OK as long as we don’t make them in the future.”

If there’s one advantage that TSM holds over 100 Thieves, it’s that the team still has a head-to-head matchup with C9 coming this weekend. If 100 Thieves want to leapfrog the rest of the LCS and challenge C9 for at least a share of first place, they’ll need to win their own games and get some help from other squads along the way.

“If we can be at our strongest when the playoffs come, it doesn’t matter how many losses we have or where we are in the standings,” Closer said. “We could be sixth or seventh. It doesn’t matter.”

And while sixth place might sound like a far cry for a team that’s sitting in second, the top-six teams in the LCS right now are all separated by just three games. One weekend could potentially shift the entire landscape of the league.

In 100 Thieves’ case, if they lose one or perhaps even two games this weekend, they could fall into a tie for sixth place. Only the top-six teams will qualify for the Mid-Season Showdown, but the top eight advance to the LCS Championship Playoff later this year.

For 100 Thieves, sloppiness and a lack of execution have plagued the team—particularly in the later stages of their most recent games.

Even the team’s wins over the last two weeks have been rough around the edges. A 40-minute grueling comeback against CLG and a 41-minute slugfest against Dignitas both resulted in wins for 100 Thieves, but the contests were taxing, to say the least. And sure, a win is a win, but with the Spring Split playoffs fast approaching, it’s imperative now more than ever for 100 Thieves to throw some polish on their victories.

“To be honest, anyone can beat anyone,” Closer said. “No team is undefeated, and there’s been a lot of surprise losses. Every team has a key player, a player that can make a difference, or a player that can win them the game. We have to respect every team and be ready.”

Perhaps the biggest surprise of this year’s LCS, let alone 100 Thieves’ season, came two weeks ago when the squad fell to last-place Golden Guardians in a 56-minute stunner. Golden Guardians, a team that housed four of the five current players on the 100 Thieves roster throughout 2020, is fielding a team led by a majority of rookies in 2021.

And although 100 Thieves bounced back this past weekend with a 2-1 performance over the three games they played, the fact still remains that only six games are left on the table, including an all-important matchup against TSM on Saturday, March 6. It’s crunch time for 100 Thieves, and with the Spring Split winding down, they’re in need of one final surge—just like the one it started the season off with.

100 Thieves will return to the LCS stage on Friday, March 5 when they face off against Evil Geniuses at 6pm CT.