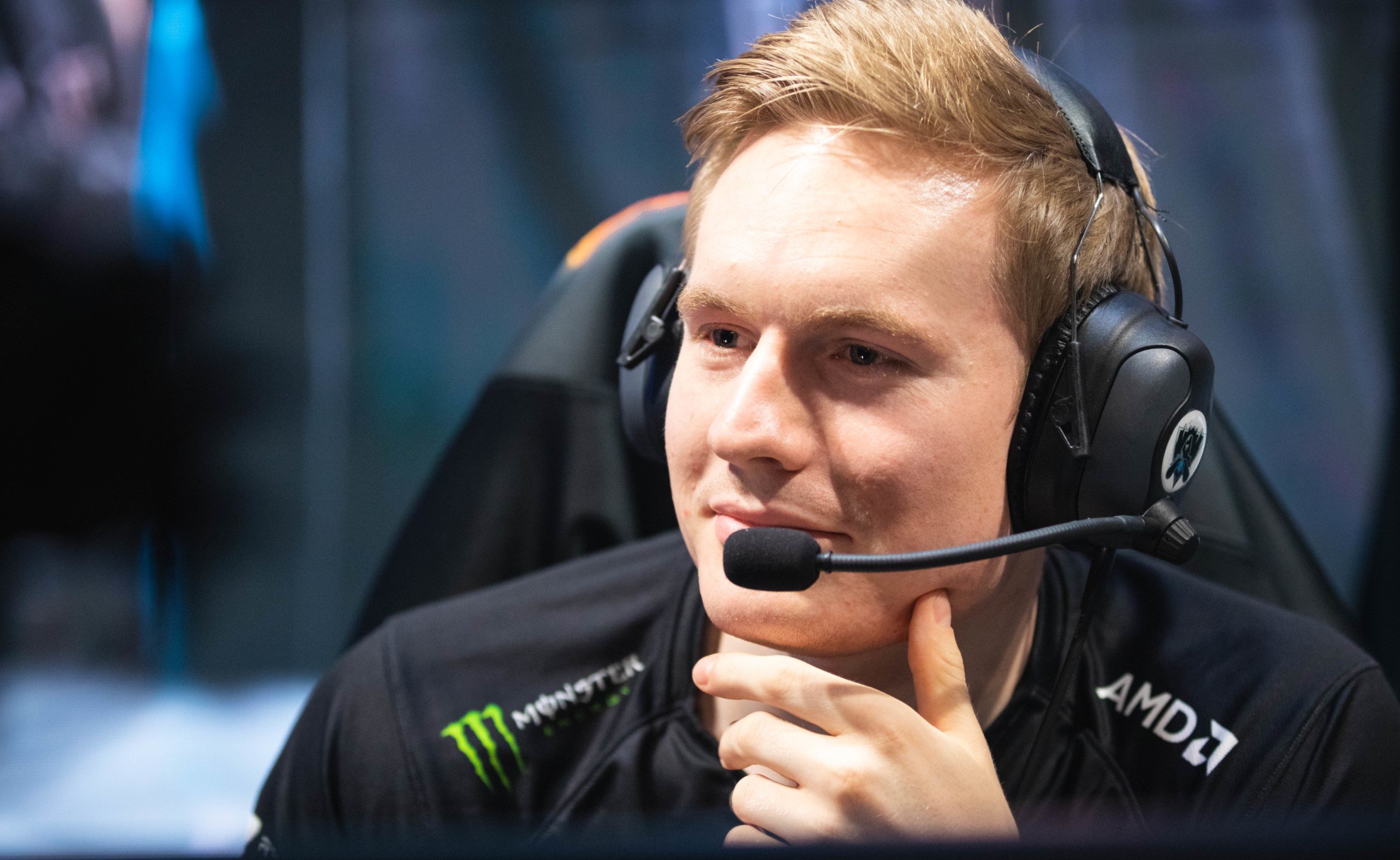 When Broxah left Team Liquid for CLG this past offseason, public perception instantly pegged the swap as a downgrade. Leaving a top North American League of Legends team behind in favor of a franchise that failed to finish above ninth place at any point this past season is a move that has the potential to raise countless question marks.

But for the veteran jungler, his second season in the LCS is set to be marked by what he can do with the fragments of a struggling franchise. The opportunity to bring an organization back from the brink is staring back at him.

In the span of just one season, Broxah’s role has shifted completely. With Liquid, he was the missing piece—the positional upgrade that would ensure regional dominance for years to come. Now, on CLG, he’s being tasked with the responsibility of serving as a central anchor for a complete rebound.

Stranger in a strange land

After jump-starting his career with Fnatic in 2017, Broxah spent three years with the organization, winning two LEC titles along the way. But once the team started to dissolve following the departure of its star mid laner Caps, Broxah was the next domino to fall. Fnatic’s supposed franchise jungler found himself coming to North America ahead of the 2020 season, joining an already dominant Liquid roster.

But a match seemingly made in roster-building heaven just wasn’t meant to be. “My first year in NA was really difficult for me,” Broxah told Dot Esports. “When I arrived in Los Angeles during the Spring Split, everything had already collapsed. It was a bit of a disaster to begin with and at that moment, I was a bit out of it. I hadn’t been in a situation like that before.”

After leaving a cushy position with Fnatic—a team that was just over a year removed from a Worlds finals appearance—Broxah had seemingly boarded a sinking ship in Liquid. He was a part of a winning core on a European squad with an already proven résumé and a ceiling that could have gone even higher had the roster not broken up. Soon after, Broxah found himself in the thick of a North American season that he personally described as “brutal and difficult in a lot of ways.”

In many facets, Broxah’s experiences with Liquid heavily influenced his reason for joining CLG. In what appeared to be a mutual parting of ways—judging by the “moments where [TL and Broxah] couldn’t agree on how to approach certain situations,” according to the jungler—the two parties found themselves drifting in different directions.

Now, Broxah is set to make his debut for what will be his third team in as many seasons. For someone who used to be viewed as a key part of a supposedly rock-solid Fnatic roster, Broxah is quickly gaining “journeyman” status. Still, he’s intrigued by the prospect of having another fresh start. “I want to really go back to my roots and find myself on this new team,” Broxah said.

But if returning to his roots was truly a goal of his, why stay in North America at all? Several teams in the LEC (except for his former org Fnatic, ironically enough) were on the hunt for junglers this offseason. If he wanted to, Broxah could have packed his bags for Europe after an offshoot season in North America. Organizations such as Excel Esports, Team Vitality, and others would have most likely welcomed him with open arms.

But for Broxah, a key factor in his free agency decision this past offseason wasn’t even an on-stage competitive reason at all. While he’s excited to help “turn CLG’s newfound pieces into a successful unit” on the LCS stage, Broxah is still crossing his fingers that this opportunity with CLG will allow for a soft reset on his general experience in North America.

“This year was so strange for a lot of people and very strange for me,” Broxah said. “I never felt like I got the full experience of being in the U.S. and playing for an NA team because there were just so many outside factors that were making life a little tricky at times.”

Perhaps in 2021, some of those outside factors—namely, the COVID-19 pandemic—will ease their grasp on the esports industry as a whole, allowing players like Broxah to get a better handle on their careers.

For the first time in his career, Broxah will be a part of a team that’s looking to completely start over and build a winning product from the ground up. In a potential bounce-back year for CLG, Broxah is set to take center stage as a superstar with the history and potential to turn things around for a team in desperate need of a boost.

Upon joining Fnatic and Liquid, the team already had “established identities,” according to the jungler. Those organizations were just a few pieces away from advancing to new heights when Broxah was brought into the fold. Now, he’s expected to carry CLG out of the basement of the LCS after the worst season in the organization’s history.

Liquid won nearly as many games at this year’s World Championship as CLG did during the entire 2020 season. Shifting from a contender to a rebuilder isn’t a new concept—regardless of what game or sport is being discussed—but it’s still a process that’s incredibly foreign to Broxah. As one of the most consistent players in the professional scene, Broxah has made the playoffs in seven of the eight splits that he’s played in. CLG, on the other hand, has only made the playoffs of a split once since 2017. The differences between the two parties couldn’t be more obvious.

Still, Broxah is excited to “help shape the team from scratch.” And as he’s dealt an unfamiliar hand, there’s no doubt that the responsibilities on his shoulders will be monumental. At least with teams like Fnatic or Liquid, players like Caps, Rekkles, Jensen, and CoreJJ were there to put up MVP-caliber performances and help carry the squad toward the finish line. In 2021, Broxah is the main attraction of the newly developed CLG roster.

Whether he realizes it or not, Broxah has become the focal point of CLG’s intricate bounce-back project. Instead of a full-blown rebuild, the team elected to retool its roster with a big name in Broxah plastered directly in the center.

“I have a lot of hope. I see a ton of potential,” the jungler said in regard to his new teammates on CLG. “Maybe we’ll be able to become a top team. Obviously, that’s what I’m hoping for. That’s the potential I see. If we take all these pieces and use them correctly, we can make it really far.”

But even still, the longtime veteran who’s ultimately seen it all throughout a four-year career managed to acknowledge the “very realistic chance” that CLG is “going to have to fight its way up” the LCS standings.

It’s unclear whether the unpredictable nature of CLG’s future serves as a common sentiment throughout the organization. Although the front office put together a lineup filled to the brim with proven veterans—four of whom have won regional titles before in their careers—this past offseason, the prospect of actually gelling together and finding serious success over the entire span of 2021 is going to prove to be an arduous task.

Building a team completely from the ground up usually takes time, but history shows that when multiple veterans are involved, results could come sooner than expected. Take the case of 2018 100 Thieves, for example. Five established pros came together under one roof, bringing a new organization that was looking to break out in the scene to a second-place finish in its first split. Broxah and CLG can only dream of the “chance that we have an amazing start and show our potential straight away,” just like other franchises before them in recent memory have shown they can.

The collision course between Broxah and CLG is equivalent to two polar opposite ends of a spectrum meeting somewhere in the middle. One on end, there’s a team that hasn’t seen sustained success in well over half a decade. On the other end, there’s a player who’s found nothing but relative success throughout his entire career.

As they speed toward each other ahead of the 2021 season, it’s becoming glaringly obvious that there are only two possible results for this experiment. Either CLG remains near or at the bottom of the LCS and the two parties go about their business or the team rises up out of the gutter that it’s defended for so long—with Broxah leading the charge.