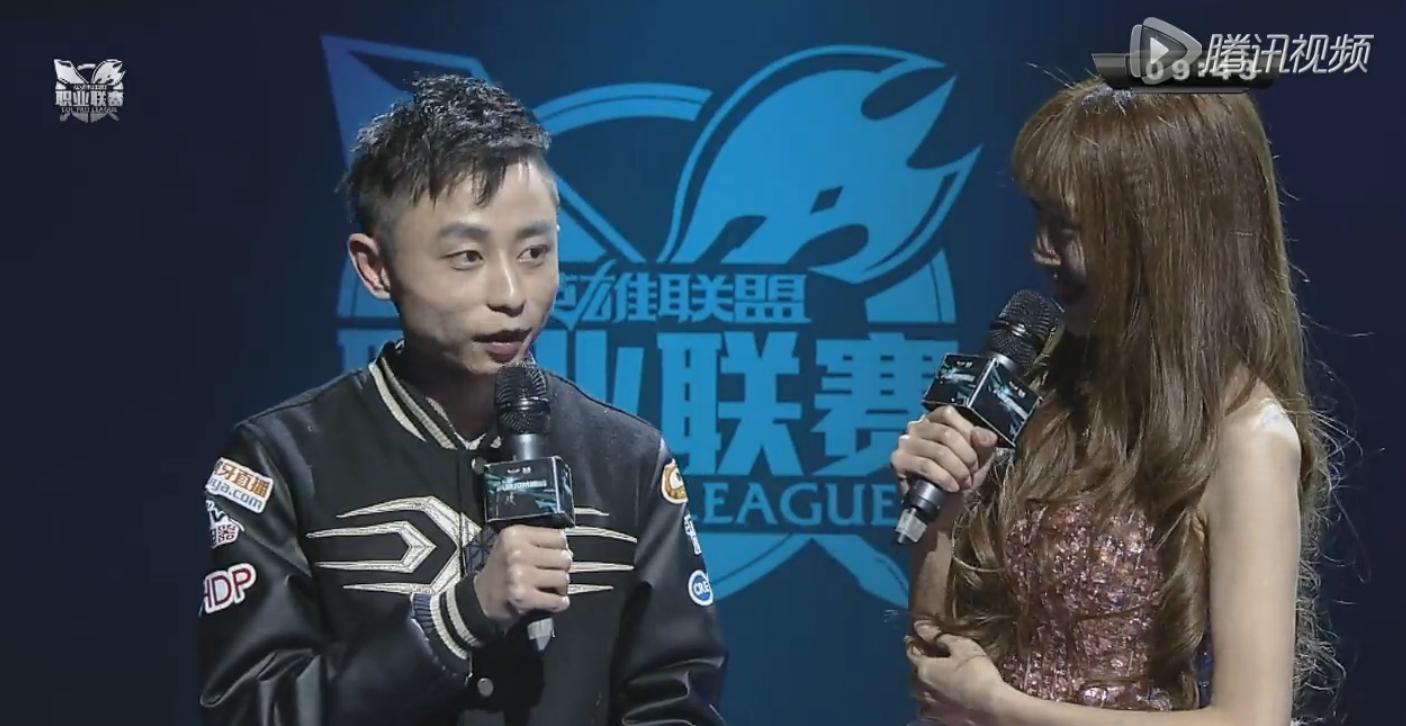 “30%, probably”. This is how Yang “kRYST4L” Fan rated his performance after Snake Esports handed the future champions of China EDward Gaming what would be their only loss in a best of 2 series of the entire split. His unperturbed demeanor during his post-match interview was an accurate representation of his low-key 9-7-20 combined score on Draven and Caitlyn, respectively. kRYST4L’s modest approach to his role was very different than what the League of Legends scene was used to as top tier AD Carries such as Counter Logic Gaming’s Doublelift, Gambit Gaming’s Forgiven, and LGD’s Imp grew an infamous reputation out of cold banter, but don’t let that fool you. His mouselike facade only masks the hyper-aggressive beast that is kRYST4L; the beast that earned him high praise from Deft and runner-up finishing for season MVP.

Chapter 1: Quietly in the Baka-round

The LOL Pro League of China kicked off in full swing with the rise of the fast push. Sivir rose to dominance as teams looked to shove their opponents in and tower dive them hard crowd control or to pick scaling champions and stall for the late game. It was not uncommon for games to go to upwards of 45 minutes, but this was Snake’s forte. Playing the slow game and striking swiftly with superior late game compositions was and still is why Snake finished in the top 2 of the 2015 Regular Season Spring Split, and it took teams far too long to take away Xerath from arguably the best Xerath player the game has ever seen. Baka basked in the limelight for three weeks straight as teams frantically tried to deal with his robotic skillshot accuracy, and when teams finally managed to slip on their blue suede shoes and dodge the never-ending Arcanopulses and Rite of the Arcanes, his pocket pick Azir dismantled them.

Did I mention Tristana? kRYST4L saw no merit in playing the meta Sivir and decided to pull out the slightly-less meta Tristana, racking up a total of 6 Tristana games out of 12. And yes, he did play Sivir, but yes, he also played average, and this was not the kRYST4L way. With Tristana, he was able to aggressively Rocket Jump into the enemy team and clean up the remnants of Baka’s mayhem, giving the very few Western viewers a flashback to the days of LMQ’s Vasilii.

But on the first of February, with Snake Esports playing Invictus Gaming, kRYST4L would ensure that the world remember his name.

Chapter 2: Death to All

The Invictus-Snake series saw kRYST4L pull out his trademark Draven in game 1, and it didn’t come as a surprise to many when he led his team to a very convincing victory. Confident in his ability to carry the game, he signalled to his support Ella to pick Draven once more, and as the timer ticked down to 7 seconds, Snake locked in the Glorious Executioner. The game, however, took an immediate turn for the worse as former OGN MVP KaKAO’s map presence on Vi proved to be far more than Beast’s Nunu and Ella’s Thresh could track. Down one kill to six, Snake looked to secure multiple dragon’s in hopes of utilizing its stats to keep up with the ramping Invictus team, and it wasn’t long before the two teams collided. With a Gnar teleporting into the dragon pit, Invictus unleashed their dive composition as Sivir coupled with Kassadin and Vi plowed through the Snake frontline. This, however, was their most fatal error. Armed with a Cataclysm from Jarvan IV and a Box from Thresh, Snake was able to peel off the two backline threats and secure the fight and the dragon with a clean ace, but more importantly, three kills onto their Draven.

Fast forward to the spawn of the next Dragon where both teams met head on for the second time. After what looked to be a sneaky engage by Lissandra onto kRYST4L, the fight quickly turned from bad to worse for Invictus. With kRYST4L pummeling all who faced him, he quickly picked up two kills before flashing over a wall and made his way back to the dragon while his team continued to skirmish with the scraps of the Invictus line up. With clean axe-catching and a couple of teammate flashes to his aid, kRYST4L picks up Kid’s Sivir, then Kitties’ Braum, and finally, Pokemon’s Gnar. A Pentakill for Draven.

kRYST4L would go on to finish the game with a score of 15-2-8 and earn himself immediate recognition amongst the Chinese fans. With Draven being his seemingly best champion and tons of damage being his assumed motto, kRYST4L perfectly segwayed into the next flavor of the month champion. Enter the Juggermaw.

Being able to dish out obscene amounts of damage is every AD carries’ dream. Being protected by your team with every spell they have in their rotation salivates their mouth. Being a speedy ball of death with all of the above would give them a heartattack. Meet Kog’Maw, the embodiment of all of the above.

Snake’s playstyle just seemed to fit the ever-shifting meta perfectly as Juggermaw compositions became the new fad. Nunu in the jungle, Lulu in the mid lane, and Morgana/Janna on support became picks that were highly contested. Kog’Maw, the last game carry that he is, utilized all of these tools to get to the late game. That’s right, the late game – the place where Snake thrives the most. Albeit, it wasn’t very hard to be the carry in the Juggermaw comp. All you really had to do was run in blindly with your W activated while simultaneously attempting to land your Bio-Arcane barrages. But kRYST4L made it look like magic.

Skip to week 7 when Snake played the number one team of China: EDward Gaming. The team they had previously beaten in week 2. After being dismantled by Deft’s Corki in game 1 of the series, Snake entered game 2 looking for vengeance. With Baka drawing bans on Azir and Xerath, the ideal picks for the prized composition opened up perfectly. After drafting both Lulu and Kog’Maw in turn 2 of the draft with Nunu already having been picked by Beast in turn 1, EDG watched as Juggermaw unfolded before their eyes. They would pay for it massively.

After failing to exploit their mid-game composition with Corki and Twisted Fate, Snake calmly sat back and allowed all lanes to farm, and as more and more items piled on to the Kog’Maw and his friends, the damage became more and more evident. The 700+ Movement Speed Kog’Maw barreled down every lane, dealing unimaginable amounts of damage to the fleeing enemies, and it wasn’t long before kRYST4L was able to three shot his foes. EDward Gaming would fall to the hands of kRYST4L’s 19-2-10 Kog’Maw, a score seen only in solo queue and bot games.

When Snake was unable to obtain the required parts of the Juggermaw composition due to bans or opponent take-aways, they resorted to the rotate-the-Kalista composition, allowing kRYST4L to pick up farm in all lanes with the hopes of him being able to rend his opponent’s to death. And it worked. Most of the time. While kRYST4L did have incredible success on Kalista, his positioning often failed him as he would flash in to pick up an extra rend stack or to throw out the optimistic spear. Nonetheless, his exceptional play on these two hyper carries earned him numerous MVP accolades and helped Snake obtain the number 2 seed of the playoffs.

Heading in to the playoffs, teams became more and more knowledgeable of Snake’s playstyle. With the rise of the assassin meta was the lack of adaptation by Baka, and his shallow champion pool of essentially only Xerath and Azir was exploited by champions such as Leblanc. With one threat out of the equation, teams could focus more on eliminating kRYST4L from the game, which is exactly what they did. Snake would be 3-0’d in the Semifinals of the Spring Playoffs by red-hot LGD Gaming, with the threat of kRYST4L backpacking his team to victory being nullified by LGD’s superior teamplay. And thus changes were needed.

During the offseason, Snake Esports transformed kRYST4L into a more team oriented player with the hopes of not having to rely on him as a crutch and instead being able to invest some resources into their new mid laner in the former EDG substitute mid laner U. And now we have come full circle, because in three out of the four games Snake has played in, with a record of one win and one draw, kRYST4L has played, you guessed it. Sivir.