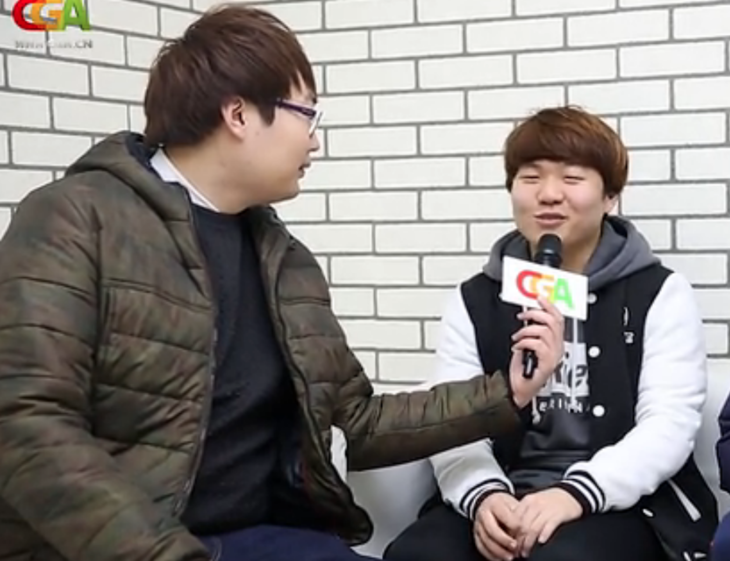 Hi everyone. I’m Ryan. Today, iG beat LGD 2-0, finally ending their losing streak. Today we’ll be interviewing mid-laner Rookie. I want to ask–what do you think is the main reason why your team performed poorly in the last two weeks?

Rookie: It started after we lost to ViCi Gaming. When we lost both games to them, the team’s atmosphere didn’t seem to be as good as before. So winning today, I feel very happy.

What kind of changes does iG have to make so that they can regain a better mentality and a better composure?

Your control over dragon against LGD was really great. Could you elaborate on how you were able to do this?

Rookie: Today, during our matches, we weren’t on tilt as much. We kept a steady mindset. After all, we have KaKAO so our ability to control dragon and steal dragon was really good. When we fought over dragon, our team performed really well so we were able to control this objective.

Could you talk a little bit about your own performance?

Rookie: I was very satisfied with my performance in the first game. I could carry. In the second game, I said I wanted to play Cassiopeia before it started but I wasn’t able to perform to the same caliber as I could in ranked games. So I wasn’t satisfied with that game. My teammates played very well, though.

We’re already in our 4th week of the LPL. Are there any mid-laners that have made an impact on you in particular?

Rookie: Snake’s top laner Flandre has made an impact on me. At the time, when he was playing Rumble against EDG, he carried his team. In iG, whether it’s the players or coaches, they all believe that Flandre is a great player. I also think he’s a great player.

I saw on Weibo that Zz1tai said he got rank one in challenger. Is there anything you’d like to say to Zz1tai?

Rookie: The competition just started. Getting first is very hard, but he managed to do it. Even though he hasn’t performed to the best of his ability in our competitive matches, I hope he will be able to return to form. I hope that he will play these games with confidence and I hope that he can play better.

Thank you Rookie for accepting our interview. We hope that this 2-0 victory will allow you to return to form. We hope that you can perform better and better down the line~ Thank you!