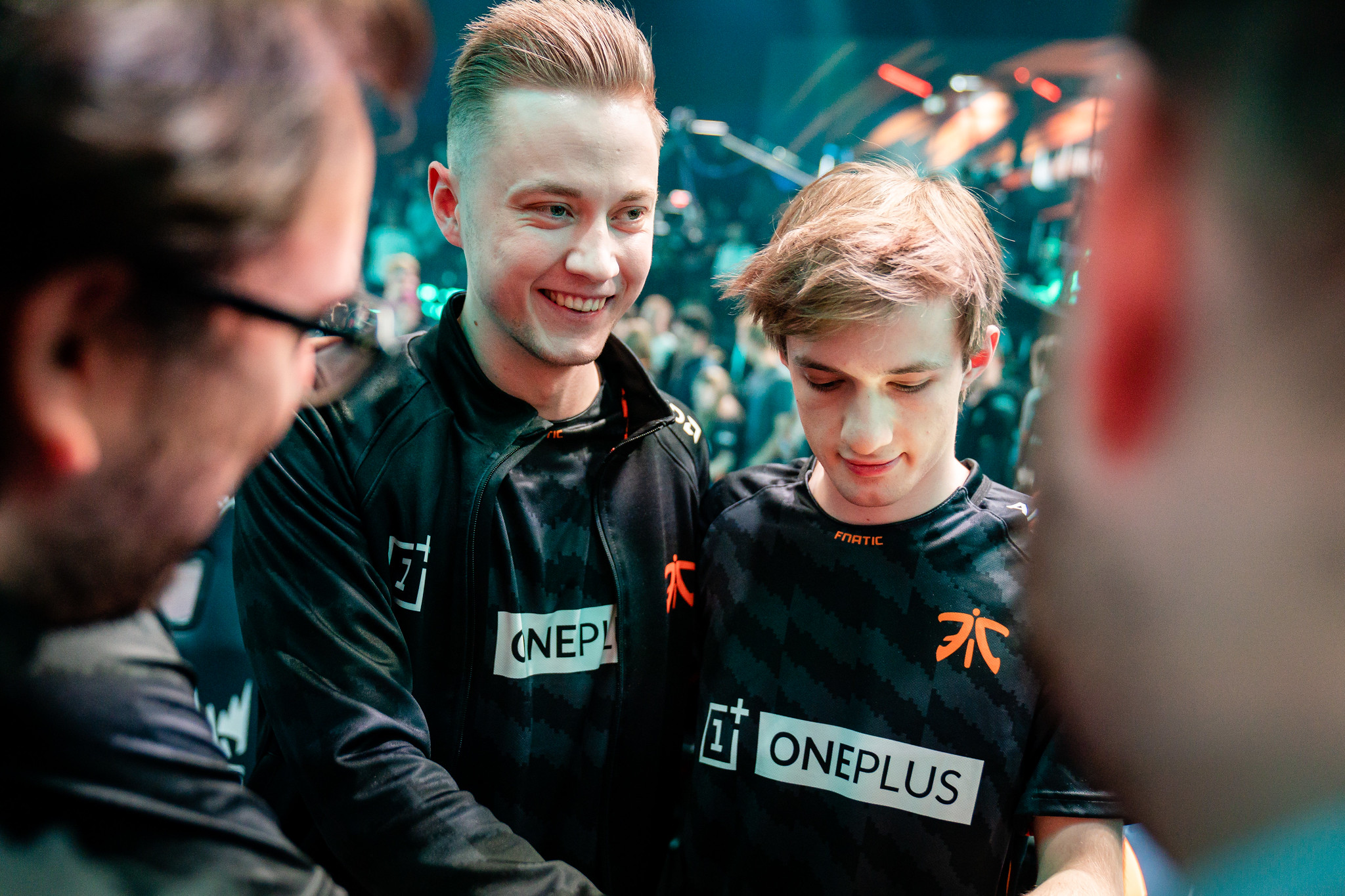 G2 Esports have been a top-two contender in the LEC since joining the league in 2016. This year, however, they’ve transcended beyond their region to become one of the best teams in the world. Their playoff run this spring looked disgustingly easy. And they crushed the competition at MSI to take home first place. It wasn’t too long ago, however, that their quarterfinal opponent, Fnatic, were in a similar position.

Last year, Fnatic swept through the LEC to claim first in both the 2018 Spring and Summer Splits. Additionally, they came in second at the World Championship and helped establish Europe as an international contender.

Although Fnatic have found tremendous success in the past, they’ve consistently struggled to find their identity. Primarily, they’ve had trouble understanding which lane to focus on. These inconsistencies, coupled with G2’s dominance, have made Fnatic the underdogs in tomorrow’s matchup despite their previous achievements.

Consistency and team play aside, G2 arguably have the five best players in the region. This has become less of an argument, especially after their entire starting roster was selected as the LEC All-Pro first team. At this point, G2 are expected to win every lane and matchup.

There’s still some hope for Fnatic, however.

Fnatic hold a 1-1 record against G2 this split. In addition, G2 have dropped three games this summer, so they aren’t unbeatable. Fnatic have also been right behind G2, only dropping four games this summer.

Of course, best-of-five matches are a completely different beast. And G2 haven’t lost a best-of-five series since last summer. Regardless of the standings, this will be an uphill battle for Fnatic.

A match made in the bot lane

Even though G2’s Mihael “Mikyx” Mehle was voted as the LEC’s best support, Fnatic’s Zdravets “Hylissang” Iliev Galabov isn’t far behind. Both constantly roam across the map to get picks and set up for their entire team. Mikyx, however, has better backup from all of G2’s lanes, which makes it easier for him to do so.

In comparison, Hylissang has been able to find leads for Fnatic with or without support from his lanes. When Hylissang is able to exert his dominance in lane, he becomes an unstoppable force. He’ll be the one who has to lead Fnatic if they want to secure an upset against G2 in the quarterfinals.

ADC players Luka “Perkz” Perković and Martin “Rekkles” Larsson share a similar dynamic as well. In previous seasons, Fnatic highly prioritized Rekkles. This year, however, he’s been giving up resources to help other lanes get ahead. In addition, he’s had to expand his champion pool and playstyle. He’s even gone as far as to include Garen in his repertoire. It was a challenge for Rekkles to develop into a more versatile player, but his work is finally coming to fruition.

Perkz, on the other hand, swapped from the mid to bot lane before this season started. At first, the swap seemed unorthodox, but Perkz rapidly became known as the best ADC in the LEC. His wide champion pool and ability to play just about any style have kept him a step above the rest. Although Rekkles has made strides in his versatility as a player, he still has a ways to go until he can catch up to Perkz.

With Fnatic playing less around Rekkles, more attention has been placed on their solo lanes. Mid laner Tim “Nemesis” Lipovšek was tasked with replacing Rasmus “Caps” Borregaard Winther. In addition to this being his first year in the LEC, Nemesis has been able to find his place in the region as a top-three mid laner.

Fnatic’s top laner, Gabriël “Bwipo” Rau, is top three in his role as well, but he’s fairly inconsistent. He’s had plenty of pop-off games, but he’s also been dead weight for Fnatic. Much of Fnatic’s early game will be determined by their solo laners’ ability to coordinate and find early leads with their jungler, Mads “Broxah” Brock-Pedersen.

If Fnatic can find consistency throughout their series against G2, they have a chance to upset the reigning champions. It’ll depend on their laners’ ability to secure early-game advantages and perform at their peak every game.

The moment G2 find an early lead, it’ll essentially be lights out for Fnatic. G2’s hefty lanes have proven time and time again that they’re able to snowball advantages.

It would be one of the biggest upsets of the year if Fnatic defeat G2 in this playoff showdown. The two will face each other tomorrow (Aug. 31) at 10am CT for a chance to make it to the 2019 Summer Split championship match.